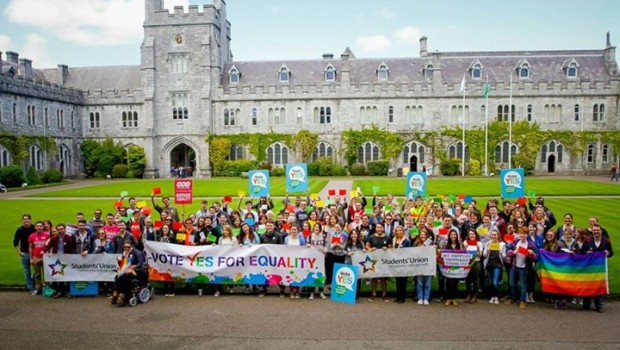 To Equality… And Beyond 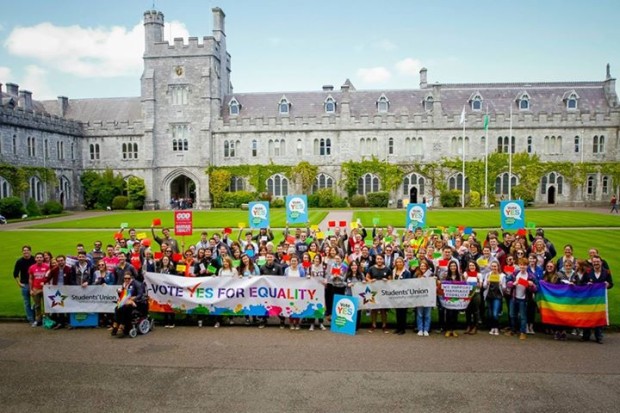 May 22, 2015 saw a historical change in the Irish mindset. Our nation voted, resoundingly, in favour of Marriage Equality and, for the first time in our history, the LGB community of Ireland was seen as no different from their heterosexual brothers and sisters. Ireland voted against bigotry and hatred and in favour of a world where we no longer allow deeply personal religious beliefs to infringe upon the freedoms of those untied to institutional religion. We broke free from the traditional shackles which have restrained progression and said a massive “fuck you” to those who want to hold us back. Rainbows descended over Ireland and, days later, we’re all still feeling that buzz.

However, as wonderful as Marriage Equality passing has been, let’s not trick ourselves into thinking that equality has been achieved and there’s nothing more to do. On the face of it, the LGBT community is more accepted now than ever before however there are still major issues. Homophobia isn’t going to go away until education for young people stops focusing solely on one target demographic. Thankfully, the Yes Equality campaign has resulted in far more visible role models for young LGBT people but there needs to be greater supports in school whether it be through sex ed, counselling services or just general teaching that instructs inclusion not otherisation. There were enough people who voted No in the referendum to show that homophobia is still well and alive and we can’t just brush that off; education is key to getting at the root of that issue.

Aside from education, there are other major issues still facing the LGBT community. The ban on gay men from giving blood, which lacks any scientific backing, is another problem which informs the weird fixation that homophobes seem to have with sex between men by suggesting that it is dangerous and impure.  The section of our constitution which exempts the Church from discrimination legislation means that there are teachers who must keep their lives and relationships a secret for fear of losing their job due to nothing but their sexuality. The loosening, but still present, grip that Catholicism has on our nation will continue to hurt our gay community and it’s important that we don’t allow the passing of the Marriage Equality referendum to lessen the political capital that the community has had over the past couple of years because to believe that complete equality has been achieved and that there is nothing more to improve would be to do a disservice to the experiences of the LGBT community.

Elsewhere, there are many discussions that still need to be had. Gender recognition in Ireland is not up to scratch. The Gender Recognition Bill still does not recognise individuals under the age of 18. Furthermore, if one is married or in a civil partnership they are prohibited from applying for a legal gender identity change, meaning they must go through a process of divorcing the one they love in order to live as the person they really are. Finally, any application must be accompanied by a medical confirmation that the individual is transitioning/has transitioned. The requirements and measures are counter-intuitive and serve as nothing but a barrier to trans-people. Fighting for a better bill is just the first step to achieving equality for a group in society who are largely overlooked and have to suffer constant bullying, discrimination and otherisation.

Another issue is that of women’s rights and bodily autonomy. The Irish constitution treats views women as no more important than the foetus they may be carrying and we’ve seen that in recent times with women’s bodies being treated as no more than vessels. Aside from problems that women deal with on a daily basis such as the pay gap, sexual harassment, slut-shaming etc etc, the fact remains that every time a woman in Ireland has heterosexual sex she must deal with the fact that, no matter how small the risk may be, this act may irreversibly change her life forever. Women who have been sexually assaulted may have to have their lives irrevocably changed by the product of the worst moments of their existence. That, or they go to England to have their pregnancy terminated in secret, feeling like a criminal forsaken by their country in the time they need help the most. Abortion legislation in Ireland today is a tool of the Catholic Church used to shame women and that needs to change.

One thing we developed from the Yes Equality campaign was a whole new generation of students who are willing to protest, to mobilise and to fight for what they believe to be right. Students who, whilst they would normally be unfulfilled by the old white men of Irish politics, found their niche in fighting for social change and equality. Let’s not let that newly energised generation go to waste. Let’s not become complacent and think that we’re demanding too much, too soon. We still live in a world rife with inequality, where mainstream politics and politicians are given too much room to breath – plodding along inside safe lines and refusing to change the status quo unless the approval rating’s high enough.

All of the issues I wrote about above might seem a little like a roll call of problems but the point is the remind us all that our work is far from done. Basic level legal equality is yet to be achieved for all and we need to remember that. The only difference between us and the revolutionaries of the 1970s is that somewhere, somehow, we got sedated. We got quietened down and constrained to internet forums; afraid to publicly share our views for fear of being seen as needlessly radical. Well, now, for the first time in years, we’ve got the momentum for change – we’ve got an extremely high number of students who’ve voted for the first time and we’ve made the government realise that the youth vote is something to be reckoned with. Let’s not waste that capital. Kelly Doherty 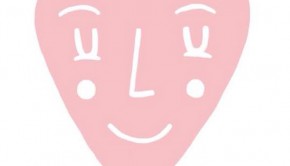 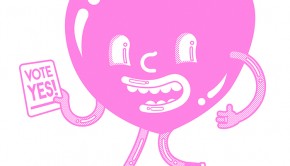 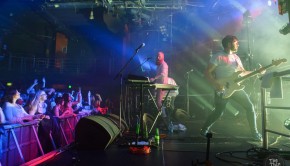