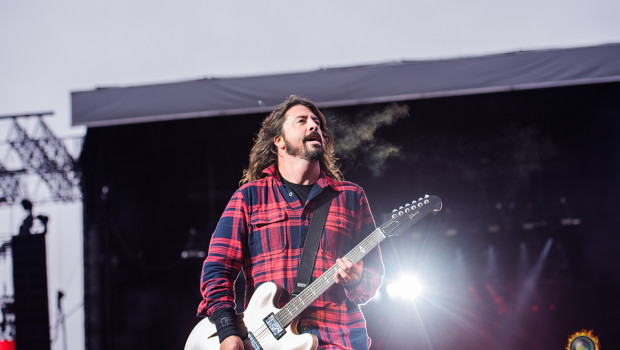 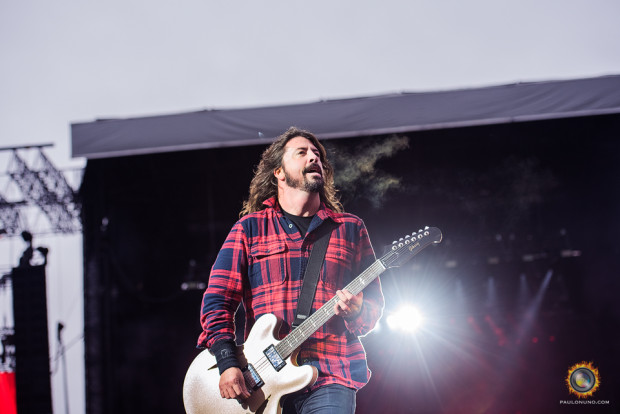 County Meath holds one of the most beautiful areas of land in all of Ireland, and the worldwide famous landmark of Slane Castle hosts one of the biggest rock bands in the world today. There seems to be no better fit.

The Irish music fans seem to be some of the best, recognised worldwide, and the statement made by the overwhelming crowd, surpassing the 70,000 mark, who came to see the Foo Fighters despite a number of other events on the same day, including Forbidden Fruit Festival not too far down the road, was an incredible sight to see. And the only way to celebrate is to showcase some of the finest Irish talent to help warm up the crowd and the Cavan based teenagers, The Strypes, take to the stage shortly after 2pm to start the day off. 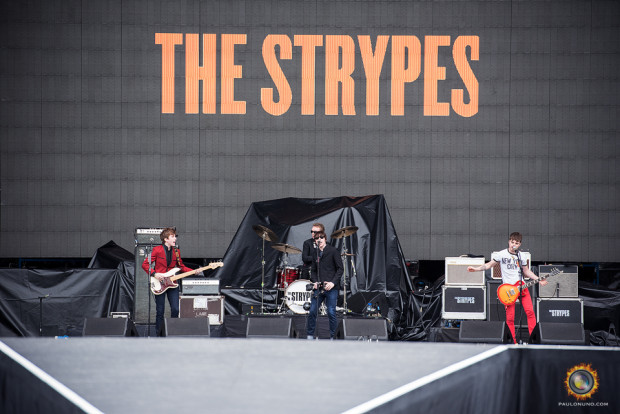 With so many attendants coming from all over Ireland, there was bound to be queues and delays, but both The Strypes and veteran rockers Ash do great jobs entertaining the crowd as it trickles in through the various gates, during a set filled with hits such as ‘Orpheus’ and ‘Girl From Mars’ along with songs from their new record. Pitching their upcoming Irish shows to the crowd, Ash frontman Tim Wheeler jokes with the crowd for a few minutes before breaking into a cover of ‘Teenage Kicks’ before finishing with hit ‘Burn Baby Burn’ both of which get great reactions from the crowd, and the band feed off this for the pinnacle of their set. 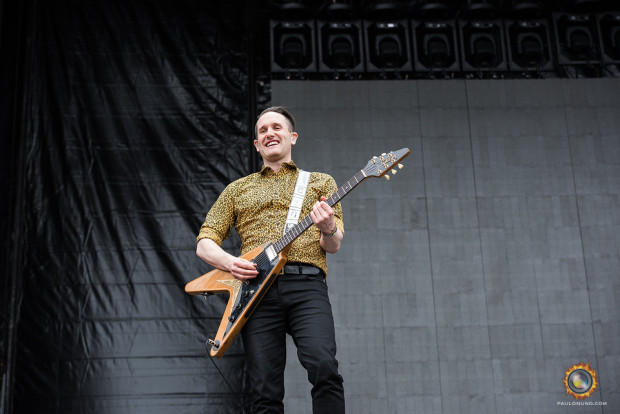 Hozier takes to the stage not long after 4pm, by which time the majority of the field is out in full force to see one of the most anticipated Irish acts in recent times, and with one of the most powerful and passionate vocal performances to be seen, the crowd get behind him instantly as he plays through songs ‘Like Real People Do’ and ‘From Eden’ without mentioning a word. As the rain starts to take over Slane, Hozier takes to the runway to perform ‘To Be Alone’ before returning to the stage with the rest of his band to finish the set, which features an unexpected cover of Amerie’s ‘One Thing’. Thanking the crowd for the support, Hozier finishes on fan favourites ‘Take Me To Church’ and ‘Work Song’ which sees the the generation-spanning crowd sing along. 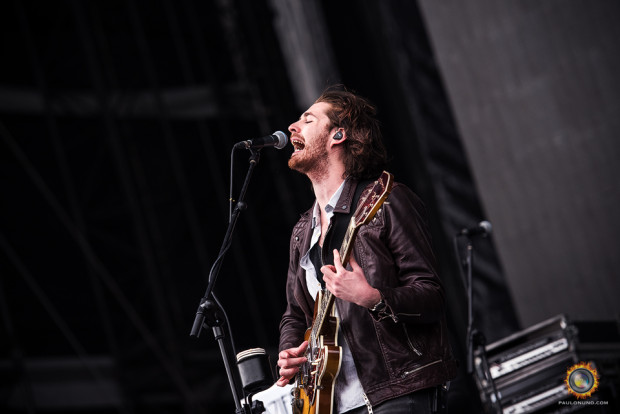 The weather worsens, but Kaiser Chiefs make short work of the rain, opening with ‘Everyday I Love You Less And Less’ and mentioning to the crowd that it is their duty to warm them up for the headline act. With energy and stage presence like none so far, frontman Ricky Wilson bounces across the stage drumming up the cheering from the crowd. As the rain beats down, Ricky walks the long stretch down the runway during an extended version of ‘The Angry Mob’ which sees the dedicated fans chant the chorus. Stopping momentarily for a group photo, the band kick back into fan favourites ‘Ruby’ and ‘I Predict A Riot’, which prove two of the most energetic songs of the night. 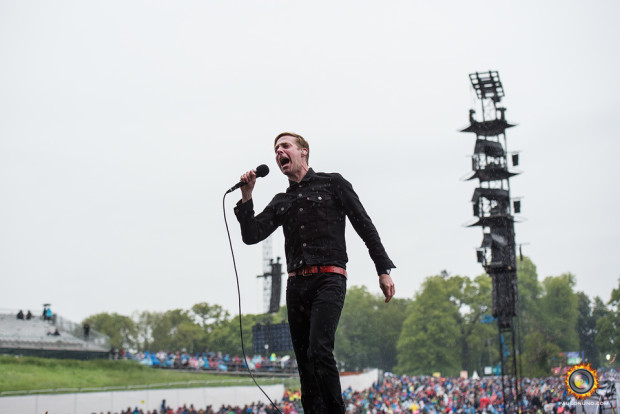 Having done a great job of conquering the weather, it’s now the Foo Fighters‘ turn to take over. Opening with ‘Everlong’ Dave Grohl tells the exceptionally large crowd that he’ll take care of them before the chorus gets the loudest reception. Going from hit to hit almost immediately, Foo Fighters play through ‘Monkey Wrench’, ‘Learn To Fly’ and ‘The Pretender’ and before long, the crowd are on their feet jumping and singing, forgetting the heavy rain and mud that covers the field. 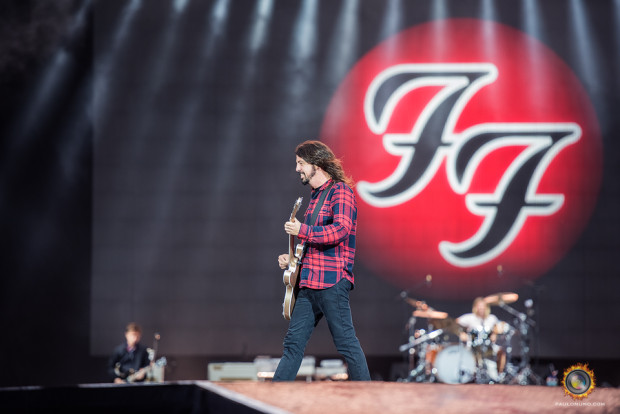 No one person can command a stage like Dave Grohl, and with over 70,000 people in attendance, the bar is raised when Grohl leaves his bandmates and performs ‘My Hero’ with a mere acoustic guitar, the crowd continue to sing at an incredible volume. As the daylight fades, the stage lightening takes over and during memorable covers of ‘Jailbreak’ and ‘Under Pressure’ the show enters the final chapter and in ‘All My Life’ the show is louder than ever before, showing that rock is very much alive and well. With great musicianship between each member, performing extended outros on ‘Outside’ on the runway before finishing with ‘Best Of You’ and AC/DC cover ‘Let There Be Rock’, both of which would have been heard in the car parks miles away. The incredible light show is topped by fireworks at the end, bring close to what might just be the benchmark for future shows in the historic venue. Niall Cregan