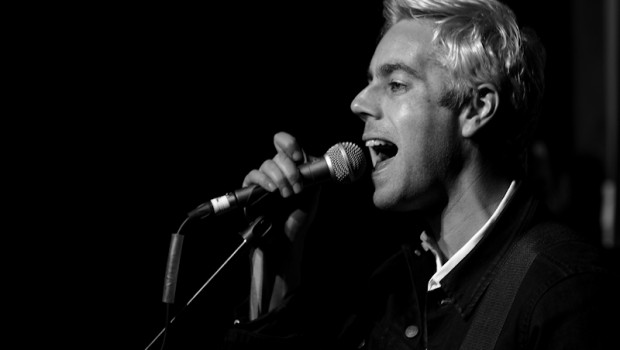 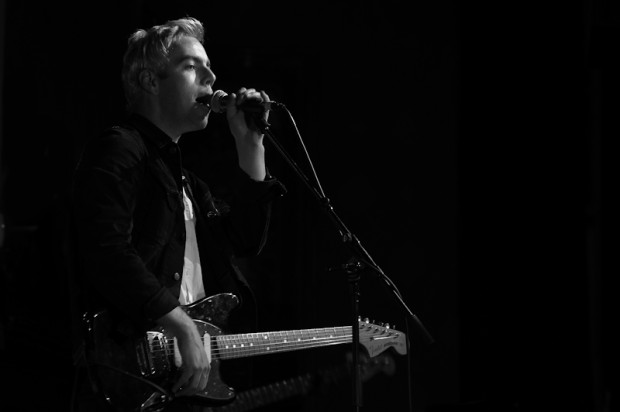 Having amassed a veritable smorgasbord of critics singing their praises, it’s no surprise that the launch of Girls Names’ new album Arms Around a Vision tonight has been one of the most highly anticipated gigs of this year so far – a simple run through of the post-punk four-piece’s latest effort can attest to this with ease. It’s arguable too that by drip-feeding us snippets of the album for the past few months, Cathal Cully and company have ran a very lucrative and creative marketing campaign, so much so that by the time that Arms Around a Vision saw the light of day in full, it’s time to go and see them perform it at The Empire, Belfast. Coincidence? We think not..

With fellow Belfast noise-rockers a Documenta (below) on supporting duties, it’s pleasing to see such a sizeable crowd so early on to listen to one our more compelling and sonically challenging acts. If before tonight Joe Greene and his band had slipped under the radar, they come crashing through the wall of sound this evening with four guitars wailing and harmonising in furious unison. With a new album soon to emerge from the cloak of foggy reverb, they certainly make use of the expansive nature of their droning sound with twin vocals and smash-hammer percussion. The air is starting to get thick and blunt with the hypnotic rhythms emanating from the stage. 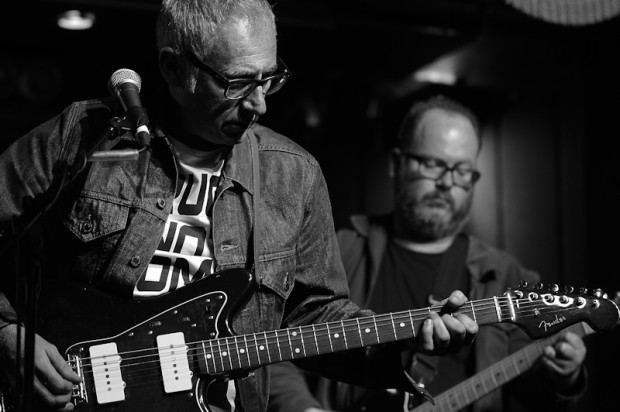 Turning to survey the room, it’s soon apparent that personal space has quickly become a luxury and that’s not a complaint. The Empire is quite literally filled-to-the-brim with shoe-gazers and sky-reachers as Girls Names make their way onto the stage. Bathed in reds, greys and blue-green hues, Cathal Cully, Philip Quinn, Claire Miskimmin and Gib Cassidy launch savagely into ‘Reticence’. The Kraut-rock influences are dripping from the speakers and the clanging rhythm chimes in tough-as-fuck, rattling chest-plates and likely bending  a few minds too. Droll as ever, Cully goes on to explain that they’ll play a new one – an evening of seems like a more appropriate gambit given the status of the gig. 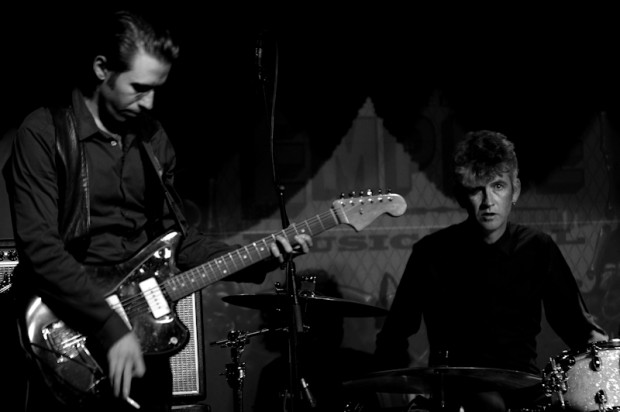 It’s thrilling to see those in front of the stage bearing the brunt of the noise and as we inch closer, the force of the sound seems intangible but deliriously welcoming. Quinn, hair slicked back and jauntily waist-coated seems as much at home with his guitar as he does the boxes at his feet – turning dials and creating echoing percussive rolls one minute and then standing proud, axe aloft the next. Miskimmin, cool as you like, eyes Cassidy at points and the pair are rhythmic and stoic, unleashing the animal at intervals, demonstrating both a slick composure and transcendental abandon while running through ‘Desire Oscillations’. Cully, bleached-blonde and sounding enormous, injects venomous melodies into baritone vocals during a particularly enormous rendition of ‘A Hunger Artist’ as we find our moment of intensity of the evening. 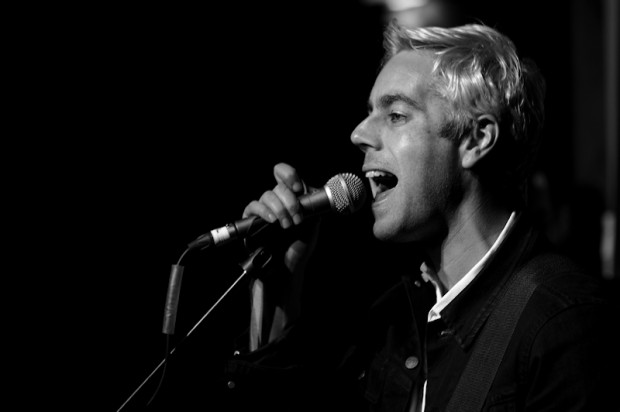 Needless to say, but we’ll say it anyway, Arms Around a Vision is given it’s airing so convincingly that it’s a pleasant surprise to hear ‘Zero Triptych’ and the glorious eleven minutes of motorik percussion and sweeping synth lines it extends so viciously through the speakers. Closing on album finisher ‘I Was You’ it’s fair to say that we’ve been witnesses to an important moment in the career so far of Girls Names tonight. There are very few bands at the minute who are able to take a sound with so many familiar generic tropes and make them their own – twisting and skewing elements to fit individualistic expression but maintaining the integrity of a style of music so deeply embedded in its cult-following.

Arms Around a Vision is an immeasurably huge album and seeing it performed live for the first time has cemented that its creators are about to follow suit. They’re already big but be prepared to see Girls Names go global. Aaron Drain

Photos by Diarmuid Kennedy. Diarmuid‘s work will be included in the Royal Ulster Academy of Arts’ 134th Annual Exhibition which opens at the Ulster Museum on Friday 16th October.