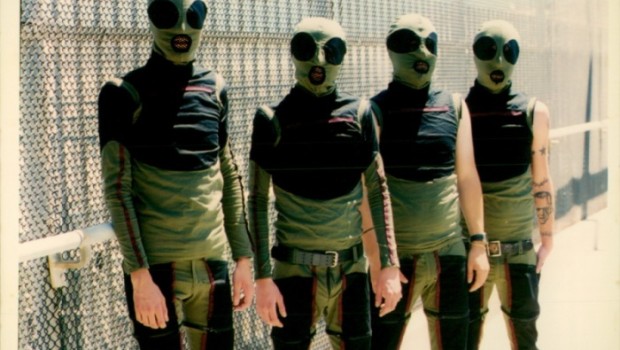 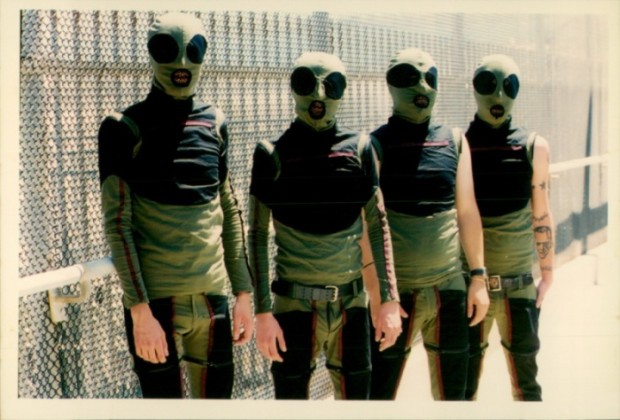 Gravity Records started out just like any other cult indie label – see: SST, Dischord – of the ‘80s-early ‘90s, when a pragmatic lead member (drummer Matt Anderson) of the most relevant band (Heroin) in a scene (1991 San Diego) wanted to release just one single. They would, as tradition goes, ultimately earn more notoriety and credibility than money, but it provided a rich catalogue of scattered splits and short long-players over which punk nerds and indie swots of the future can pore over and explore a periodic cul de sac. Fewer labels inbred more effectively and better developed a subgenre than Gravity did for post-hardcore (among others) on into screamo in the ‘90s.

Running trends of the inner circle of Antioch Arrow, Heroin, Clikatat Ikatowi and Mohinder seem to be imperfect experimentations and various permutations of post-hardcore, emo and noise rock with a social and emotion conscience, which, despite and due to their idiosyncrasies and unpredictability, reach levels of absolute sublimity at their peak. The label continued parallel to the San Diego post-hardcore & punk scenes that bred the likes of Drive Like Jehu & Rocket From The Crypt whilst never quite reaching those (still relatively uneven) levels of commercial consistency and financial stability.

Outside of the inner circle, Gravity Records provided the plateau off which some incredible visionaries could leap without fear of limits on their artistic limits- outsiders like Unwound, who would release some of the finest albums in their sonic territory, final material from indie-emo pioneers Evergreen – whose drummer Jason Boesel would go on to play with Rilo Kiley & Bright Eyes – and on into the 21st century, cult post-rock acts like Tristeza and the first single from experimental noise band Black Dice. The label still exists today, with a decidedly experimental, noise & psych slant in its current incarnation.

Gravity are also active to some extent on YouTube, and they provide anything from an artfully shot Dutch squat show by a cerebral-looking Tristeza to a snapshot of a D.I.Y happening from the truly schizoid screamo pioneers Antioch Arrow.

Your playlist is compiled in a rough chronological order, but is by no means a definitive list, as each band varied wildly and many releases from definitive acts can be traced back only to YouTube or vinyl. The roster runs deep – with great Gravity material like Mohinder, Black Dice, Vicious Ginks, Space Horse, avant-garde jazz-infused punk duo Crom-Tech, Sea of Tombs, Evergreen, The Spacewürm, the split from post-hardcore acts Universal Order of Armageddon & Born Against and many others still unavailable on streaming services but equally worthy of your time, and some key tracks & albums hyperlinked. Delve deep, folks.

The one that started it all, from their debut 7”. ‘Head Cold’ has the brooding, emotional dissonant-melodic guitar-bass-drums interplay that draws from the DC bands that preceded them, with the intensity dialled right up. It has all the hallmarks of classic post-hardcore: tempo shifts, sludged-out tones, incomprehensible lyrics buried in the mix, and the kind primal power and energy that can only come from a band’s first release.

… in which Antioch Arrow trump arguably every other band for chaotic intensity on a roster where chaotic intensity is the name of the game, epitomising the Gravity sound in ’93. They existed for roughly only a year from 1993-94 – more or less existing in the same timespan that saw Manchester United win their first Premiership crown, for perspective’s sake. ‘Lightning Bolt’ is as good a starting point for the band as any, and it, alongside acts like Crom-Tech and The Locust (pictured) would pave the way for more noise acts like Lightning Bolt themselves.

Although their most groundbreaking material would come in later years, they were picked up on in 1993 for their eponymous four-track. The band still exude more dynamic interplay, vulnerability, versatility and musicality than the majority of the era’s hardcore even in their formative period. Unwound’s artful post-hardcore would ultimately culminate in the panoramic, progressive swansong, the double-album Leaves Turn Inside You – still a must-own for any fan of the genre.

Man Is The Bastard – Puppy Mill

Gravity signees Man Is The Bastard inadvertently coined the term for the socio-politically charged, iconoclastic hardcore/crust-punk offshoot of Power Violence, in their lyrics to ‘Hispanic Small Man Power’. ‘Puppy Mill’ off of 1995’s Thoughtless is the archetypal song of its kind, and its stomp-cum-stampede rhythm gives you a fair idea of what you’re in for with one of the great Ronseal bands of their era. Further listening: Bastard Youth, who formed after Eric Wood left the band.

The Locust – Live From The Russian Compound

A band who took power violence and grindcore, mashed it with new wave synths and ‘visual art’ and forged a blueprint for mathcore. The act typically performed live, exclusively at all-ages shows, donning skintight, full-body nylon ‘uniforms’. You’ve been given just one short song – not a Gravity cut, but you’ll get the gist – because your first impression will form within seconds.

Clikatat Ikatowi’s ‘Desert Oasis’ stands up as a transcendent, harmonica-laced post-Slint neo-psychedelic voyage amidst the angular, discordant Drive Like Jehu-esque remainder of their only full-length, Orchestrated and Conducted By. Members of Clikatat have come and gone from several key Gravity bands, as well other highly-revered like A Minor Forest – check out Flemish Altruism – & Battalion of Saints.

When the screamo sound really began to develop into its own thing, Colorado’s Angel Hair were one of Gravity’s torchbearers. Drawing ever-increasing extremes between light & shade were these guys, with vocal and guitar stabs translating to sonic distillations of anxiety, fear and helplessness – the Gravity sound with ADHD, essentially. Their 1997 release, Pregnant With The Senior Class, compiled their entire recorded output onto one disc.

Yes, they snapped up one of the first New York post-punk revivalists for their 1999 debut mini-album, Mirror, prior to their signing to Sub Pop and the subsequent rise of the revival. Olio’s haunting Bauhaus synth and repetitive, strained Gang of Four vocal delivery, hint at things to come, and are another band who fall into the ‘not San Diego, but singular’ category of the roster.

Earthless – Lost In The Cold Sun

Playing our list on into the latter realms is a kind of spiritual successor, if you will, to ‘Desert Oasis’. ‘Lost In The Cold Sun’ comes from Sonic Prayer, the Gravity-released two-track 2005 debut album from psych/drone/stoner rock band Earthless – check out Sea of Tombs for more Gravity psych excellence.