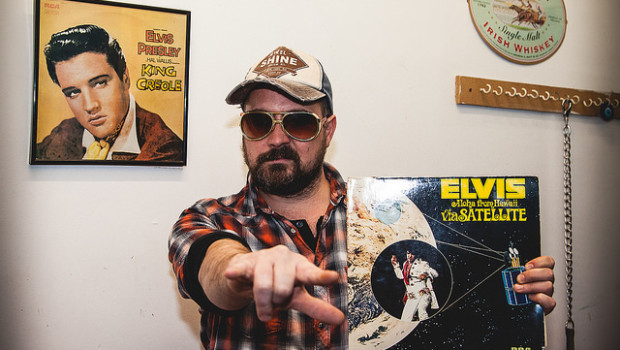 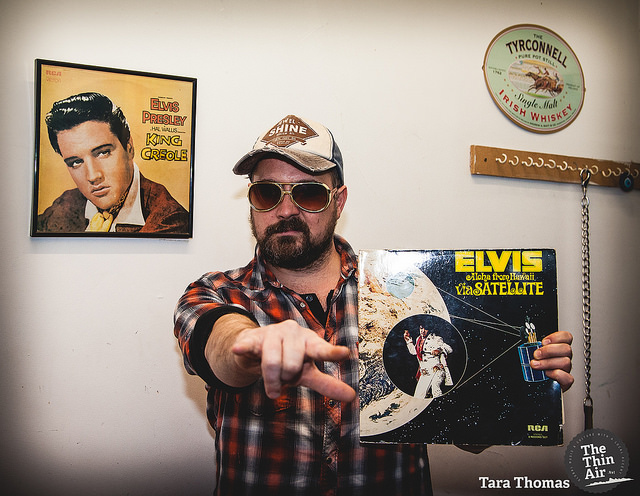 In this installment of Track Record, we head over to the lovely home of Gavin Glass to have a rummage around his eclectic record collection (and a nosey at his collection of guitars too!)

I have to put one in from The King of Rock N’Roll. I’ve been a huge Elvis fan since I was really young.  I used to constantly draw pictures of Elvis on primary school books. This album was recorded live as part of a satellite broadcast which was one of the first live concerts broadcast live worldwide. Elvis’ TCB band are incredible on this, as is the King. Thank you very much, E. I am your humble servant.

‘Thirteen’, ‘The Ballad of El Goodo’, ‘My Life is Right…’ there are so many amazing tunes here. Incidentally, it’s the only album Chris Bell is credited as a member on. I was in Memphis a couple of years back and went to the infamous, Ardent Studios where this was recorded as a bit of pilgrimage. Turned out Jody Stephens the drummer still works there. 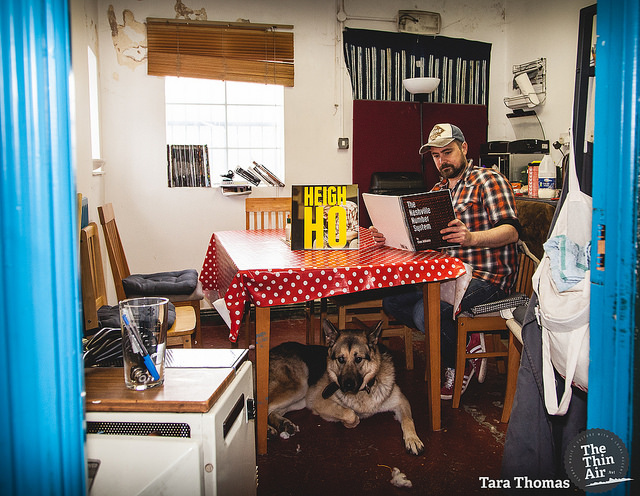 I came across Blake Mills a couple of years ago and I’ve been pretty spellbound by his current album. He is as virtuoso guitar player who never lets his chops get in the way of the song. There is a beautiful undercurrent of Ry Cooder in his guitar playing and his production techniques are really unique. Total dreamboat, too.

This was Gabriel’s finest hour to date in my mind. Daniel Lanois’ production on this is just sublime, especially for 1986. Gabriel has always had an amazing ear for picking musicians for projects. This album features Manu Katche, Stewart Copeland (on hi hats!) Tony Levin, Kate Bush and Laurie Anderson, Larry Klein, Nile Rodgers and Youssou N’Dour and that’s only skimming the surface. 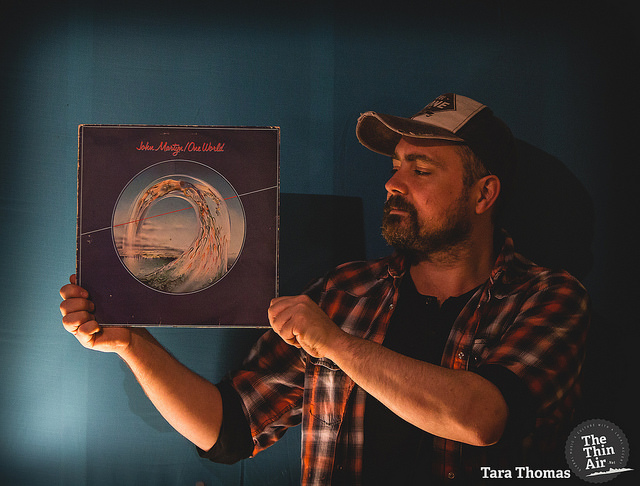 This record is absolutely incredible. John Martyn, heartbroken, drunk and barely keeping afloat in an ocean of Echoplex feedback. This record must be consumed either at dawn or dusk for full potency.

I didn’t really get Bruce Springsteen in my early teens, but I got this record when I was about 21 and it was the key into Bossland for me. There is so much haunted atmosphere on this record. It still blows my mind that it was recorded as a demo, on a primitive portable 4 track tape recorder.  When Bruce presented the tape to the band they couldn’t create the evocative nature and intimacy of the demo and so the demo became the album. Nice. 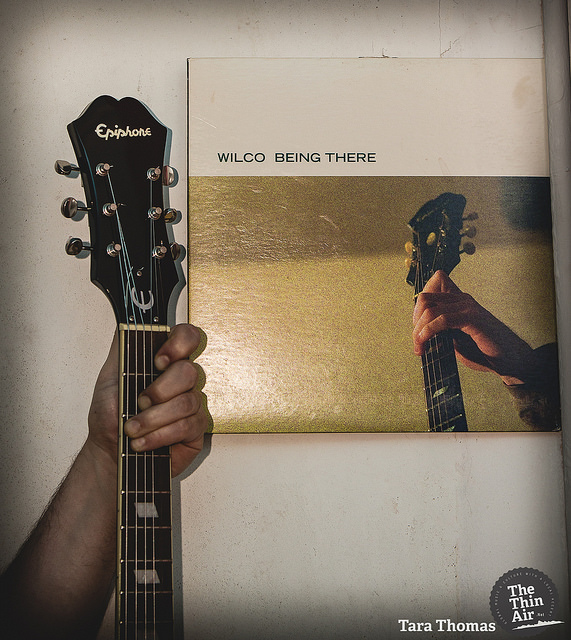 This was my introduction to Wilco and it started a 20 year love affair. Thank you, Wilco.

The Band – The Last Waltz

My favourite band of all time. This is the soundtrack of the concert movie which featured Bob Dylan, Neil Young & Joni Mitchell to name just a few. They were the ultimate hard living, hard playing gunslinger musicians. The have influenced me hugely, as have (also pictured) Neil, Joni, and His Royal Dudeness Sir Bob Dylan. I couldn’t pick a favourite record  of any of these artists, so I just lumped them all in under The Last Waltz. It makes sense to me… 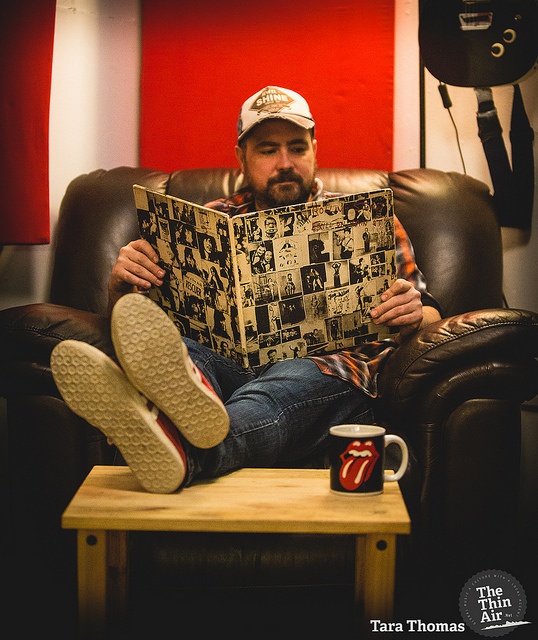 The Stones‘ flawed masterpiece.  Dense, sloppy and glorious. It’s all about Charlie Watts drumming on this for me (see ‘Tumbling Dice’). Keith was apparently lost down a smackhole but managed to pull out the stops somehow and deliver. This album used to be my getting my duds on for a Saturday night record. This is an oirginal pressing and its falling apart, but I have all the pull outs and artwork. I think our old babysitter left in out house when I was very small.

J.J is one laid back cat. This album is a master class in musical manners. Cale is the originator of the “Tulsa Sound”, groovy and understated. Probably never got the recognition he deserved. 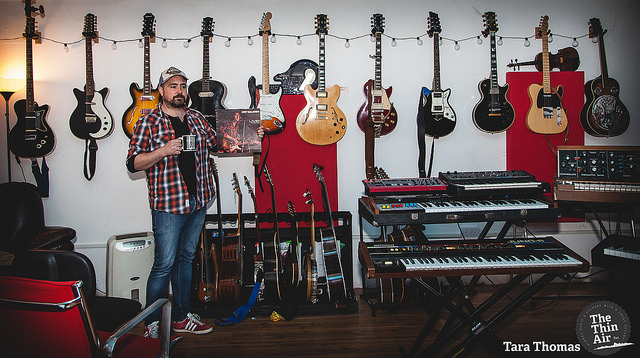 Rory was a bigger hero for me when I was a kid learning the guitar. I used to put a record on the turntable and place lead soldiers on it to slow it down so I could try and pick out the notes. I way prefer Rory’s live albums to his studio work. The Live In Europe is especially magical. Rave on, Rory Gallagher.

Was a little late to the party with Tom Waits. Didn’t really start to get him till my mid twenties. This record unlocked whatever I wasn’t getting and paved the way for everything else he has done. Incredible to think this was a debut album, Waits would have been very early twenties when he wrote Martha. That blows my mind.