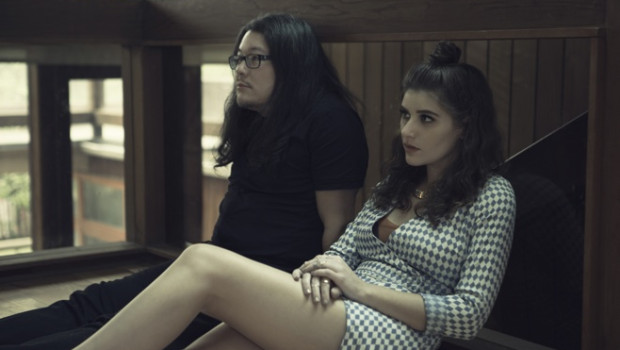 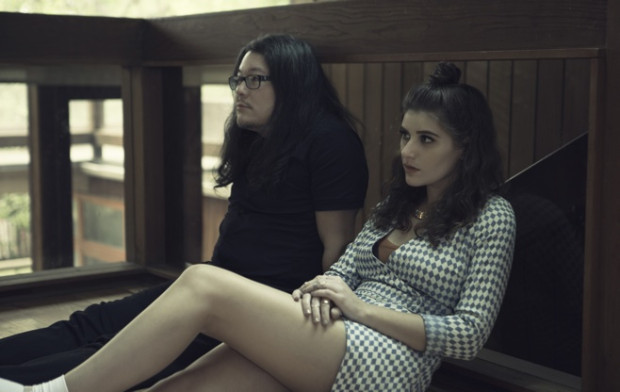 If there’s anything eerie about this year’s Halloween it’s that conditions are strangely perfect. It’s a full blooded weekend night for one, and there’s barely a chill in the air; meaning that all the naughty princesses, sexy bunnies, near naked pandas and skimpy pirates can saunter to their respective engagements without the usual fear of hypothermia. Maybe that’s why The Academy is looking a bit neglected come eight o’clock when Talos take the stage. There’s a few scattered ambassadors for the night that’s in it; a convincing Juno, a noteworthy War Boy and a swaggering Dorian Gray but there’s a sense that the rest of the accoutred have somewhere else to be. No matter, there’s enough here to take note of the Cork natives serene overtures. The songwriter and his troupe open with some serious romantic synth, and though impeded by a ghostly vacant guitar sound, they pick it up again expounding on their alt. neo-soul chops. The cello gives the sound some sophistication and depth while the open, intelligent drumming is a subtle revelation. It’s a short set but at its best it’s genuinely stirring.

Which makes it a jarring contrast to headliners Best Coast who arrive twenty minutes later with everything cranked up to eleven. They’re dressed for the occasion too, with guitarist and vocalist Bethany Cosentino as Chucky and Bobb Bruno as a suitably sinister Colonel Sanders. Maybe it’s the spirits stirring under the veil but tonight their brand of throwback sunny-garage rock is particularly raucous, shaking off any of the introspection or apathy inferred on some of their recorded work. The pace is equally relentless and the first few songs pile drive into each other one after the other. It sets the tone for the night but it also leaves a sense of an indistinguishable lump of music pulled out of the uncultured maw of some beast. Luckily the California locals see fit to take stock and when they launch into the second third of their set they’ve found their sweet spot. They dance around their discography, dusting off righteous hits like ‘When I’m With You’ and reminding fans of the magic that launched them into stardom all those years ago. But it doesn’t last. The set is hindered by noise pollution, drowning the vocals and leaving the instrumentation a fuzz heavy mess. There’s no doubt that Best Coast are a good band but presented like this, with no substance and a one size fits all sound, there’s just not a lot to get your teeth into. The bare souled simplicity on their recorded work just comes across as bald here. At worst it conjures up memories of the hostile corporate takeover of “skater punk” around the early noughties. And that, is just scary. Eoghain Meakin