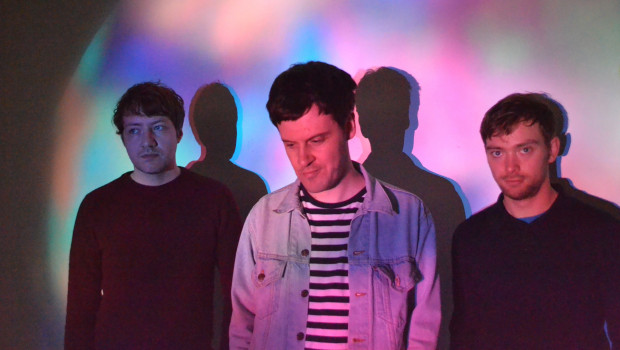 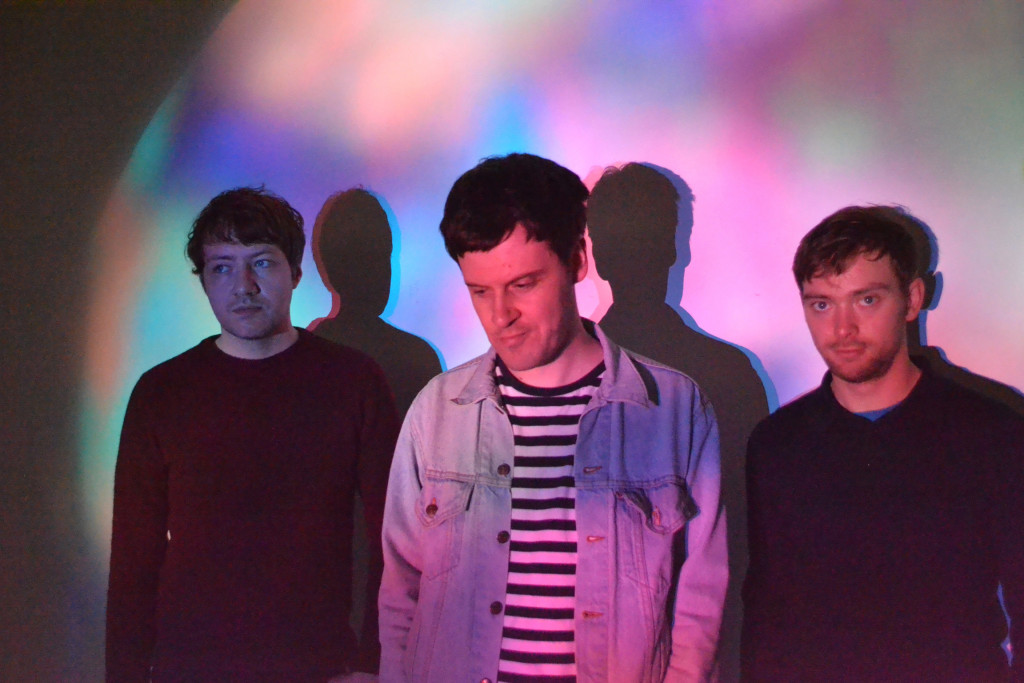 Ahead of the launch of their stellar fifth (and second studio) album, Soft Days, at Belfast’s Lavery’s tomorrow night, Cathal McBride chats to Neil Brogan of Belfast guitar-pop trio Sea Pinks about progression, variation and recording their most emphatic record to date.

Soft Days sounds like the most varied Sea Pinks album so far, was that a conscious choice when you were writing and recording it?

I think the songs just came out that way, but I did want it to sound more varied. I’ve been doing this band for five years so you have to try and keep it interesting for yourself and for anyone listening. Also it gets a bit tedious being constantly described as “lo-fi” or “surf” or “jangle” or whatever. I don’t have a problem with any of those per se but I think there is plenty of other stuff we can do. This record has a more dream pop/power pop character than previous records if anything.

What prompted the change from lo-fi home recording to layered studio production in recent years? Do you find one method more limiting than the other?

They both have their limitations. I do like home recording and quite often when I work that way the finished recording is actually me writing the song as I record it. So it’s a kind of instantaneous, polaroid recording. A lot of the earlier stuff was done that way. Freak Waves was mostly written as it was being recorded over a period of weeks. I like that way of working and still work that way for some things but the limitation comes with my own lack of patience for technical stuff. So it’s never going to be mixed that well and I will just use whatever mics come to hand instead of the best ones etc. I decided to start using the studio for Sea Pinks because I had a little more money and wanted to try and make the best recordings I could of the songs, but there again you’re going to be limited to a tight budget which forces decisions on things. And it’s a much more drawn out process which can be a drag. I’m happy with the sound we got this time around though.

Yeah I guess it has evolved over time. In the beginning I was writing songs purely to record them, and thinking about playing shows was mostly an afterthought. Nowadays I bring in something and we work it up and usually play it live before it gets to recording, whereas before I was recording it to see what it would sound like played as as band.

A demo of ‘Yr Horoscope’ has been around for a couple of years, were any other older tracks revisited for the album?

Yeah that song came out as demo on a tape we did with Sea Lions two or three years ago. I had it kicking around for a while and we just started playing it about a year ago and it seemed to go down well live so I thought I may as well get it down on record. ‘Green With Envy’ is a couple of years old, it’s another one I attempted before but couldn’t quite nail it first time. The rest were all written in the months before recording. ‘Ordinary Daze’ was the last to be written for this record, about a week before we went into the studio I think.

With the increasingly layered sound, is it more difficult to replicate the newer songs in a live environment?

I don’t think it’s necessary to try and replicate a studio sound live. It’s usually pretty dull when you see that done I think. With us it’s always going to be stripped down to some extent, mostly because I can only do so much on guitar and sing at the same time. In many ways the studio record is a totally artificial version of the song anyway, the live version with all it’s imperfections is closer to something real. And it’s different every night.

Sea Pinks albums tend to come along at a much faster rate than most bands these days, can you see this trend continuing over the next few years?

I like to have something to work on and I tend to get bored quickly, so I suppose the turnover of records is partly down to that. I like to keep busy with things I guess, I don’t see that changing. As far as Sea Pinks goes, I just take it one record at a time. I never really intended to do more than one Sea Pinks record in the first place so at this point I’m not going to try and second guess it. I think one reason I keep doing Sea Pinks is the urge with each record to try and address what I didn’t get right on the one before. These things have a lifespan obviously and there’s definitely other things I want to do. We’ll see how it goes with this record I guess, but while we’re enjoying it we’ll keep doing it in some shape or form.

The records you made with Girls Names and Cruising came out via Tough Love, did you ever think about taking Sea Pinks’ music to another label or do you prefer the full control you get from self releasing through your own CF Records?

I’ve thought about it yeah. There are a couple of labels who always show interest but it’s never worked out so far. Usually timing is an issue, so I end up just doing it myself. A label is only as good as it’s bands, it’s PR and distribution though. I do think labels themselves are increasingly meaningless. This is the first record on CF, after ten years of winging it, that will have a proper distributor (Cargo) and we’re working with a PR this time around as well, so hopefully we can compete a little more on our own terms with this one.

Speaking of Cruising, can we expect any more from that side project after last year’s EP?

I hope so!  Whenever we get together to play a show or write it’s always fun. I’d be up for more for sure, so we’ll see what happens.