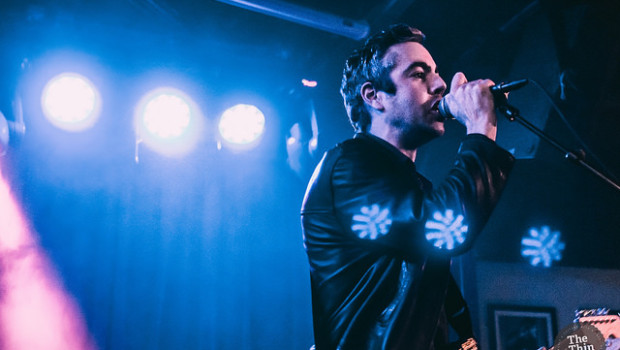 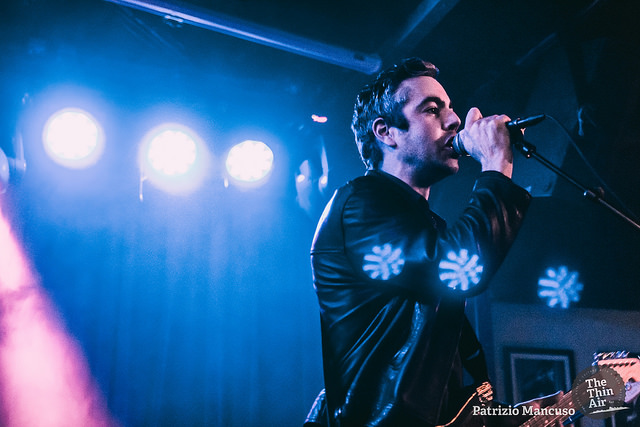 Should post-punk still be allowed to be a thing? Is post-punk bloody revival still a thing? Like, is it not the case that by now the innumerable expanse of bands that exist under that vague banner have managed to forge something unique and individual from those initial influences? I don’t know what we’ll call it instead. Does it matter? It’s just that it is concerning that many acts seem to bear the weight of that label, being painted with a brush that has been in need of replacing for quite some time. Some seem so ready to slump tiredly into submission instead of asserting determined ownership of their music and demanding that their creative output be taken as something truly special and worthwhile. What good is it when a performer, or any artist, seems utterly unconvinced by what they are giving to people? What good is it when a band appears perfectly willing to accept that they are just “a post-punk band” instead of taking whatever influence they like from that and using that as an embellishment when they let us know with conviction that “This is who we are and this is what we do.”  On a Thursday night in February in Galway’s Roisin Dubh, those who had come to see Cork’s The Altered Hours and Belfast’s Girls Names were granted examples from either end of this spectrum, leaving a conflicted feeling in the back of a few audience members’ heads by the end. 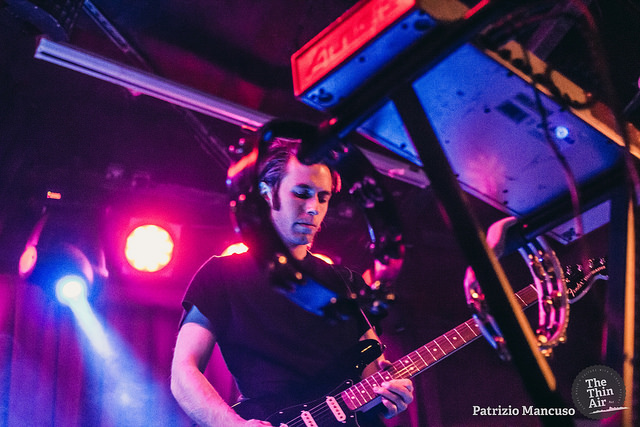 First up however was Girls Names’ guitarist Philip Quinn under his Gross Net moniker. It’s an intense, industrial affair, with the overall sound being awash with fuzzed up guitar, clanking electronic percussion and dissonant synths all crashing down around his howling, pained vocals. The performance felt real and raw and it did seem to jar the crowd who were steadily arriving into the venue, probably not expecting something so feral this early.  The tracks, most of which are from his self-titled EP, bear similarity to Slint, Nine Inch Nails and The Fall and when he descends from the stage to wander around the floor with mic in hand there is not that sense of forcedness that is so often there when such a trick is pulled. Instead, he creates an intensity and intentional discomfort that feels rooted in conviction. For a short support slot before two of the most talked about guitar bands in the country right now to do that is something very admirable. 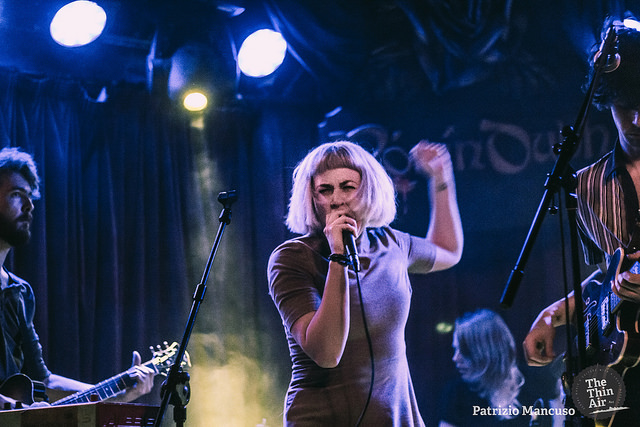 Next up was Cork five-piece The Altered Hours whose album In Heat Not Sorry has served to solidify the band as one of the country’s most important. While their previous outputs always wore influences like My Bloody Valentine, Sonic Youth, Pavement etc etc. on their sleeves, the patience they had in waiting to release the stunning debut LP that was In Heat Not Sorry ensured that those influences didn’t define them. On stage, the band sound visceral and heavy, yet still melodic and spacious while each member appears completely invested in every note. Guitarist Kevin Terry makes sharp movements, raking his guitar during last song ‘Dig Early’ and forces his forearm against its body to create a recurring drone in ‘Open Wide’. Elaine Howley’s (above) vocals and additional percussion are executed with vigour as she bounds about the small stage. Nora Lewon’s drums are dynamically charged and perfectly slotted into each track. The Altered Hours put on a performance that showcases exactly who they are without any sense of pretence. There is a confidence and determination in their show that makes it incredibly easy to get sucked into. The crowd appear active and engaged, and they’re being given a stellar rock show by a band who radiate dedication. 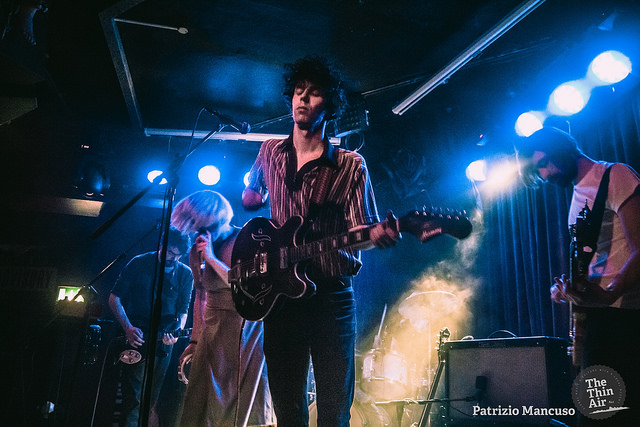 I loved Girls Names 2013 album The New Life. Even more than that, Arms Around a Vision from last year was, on the face of it, a terrific album full of fuzzy guitars, dirty synths and more than a fair share of hooky sections – Claire Miskimmin’s bass licks in particular – to make one perfectly happy to get over the fact that maybe there wasn’t much that was all too original about it, and that maybe Cathal Cully’s drawl was maybe just a touch too over done. I was excited to know what seeing Girls Names live would do to make something click, to make me realise what they had that set them apart, what defined them, what made them interesting. 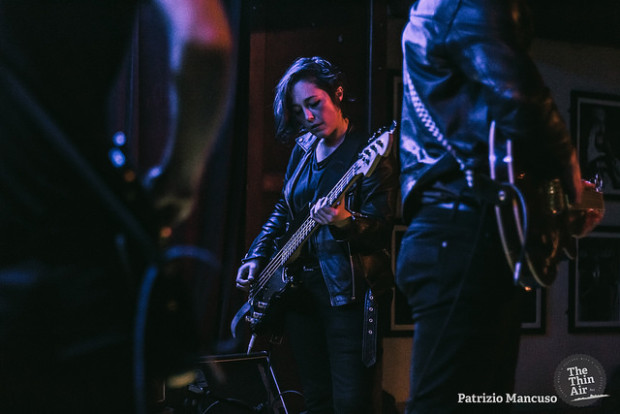 The four-piece took the stage without much fuss and launched right into their set. While it takes the crowd a few songs to get back into a groove, having come down from The Altered Hours set, once highlights like ‘Reticence’ and ‘The Hunger Artist’ are played everyone is back in moving form. But as the band go through the set it feels like there is something missing. It just comes across like they’re not fully there. That none of the members of the band are too invested in the songs or how they sound in the venue. This was doubly surprising because of how great the recorded output sounds and how into it Philip Quinn had seemed on stage only ninety minutes prior as Gross Net. By the end of the set I feel like I’ve heard very little at all. Despite the fact that the songs are performed well, it just feels hollow, like they were being heard from four floors below. The band stands on the stage but there just seems to be no heart in the performance overall, as much as it annoys me to have to say that. And to have little else to add to that. 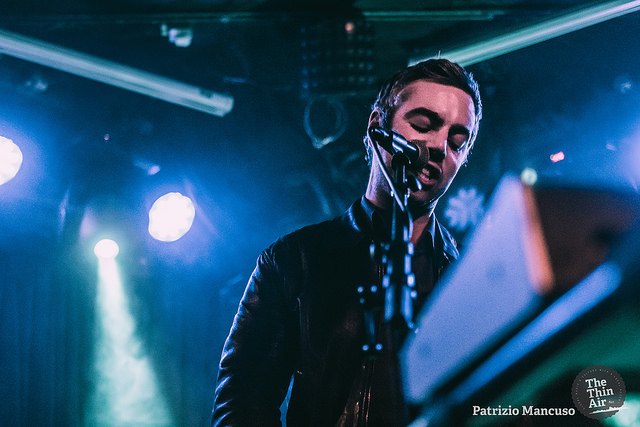 Girls Names gave a performance of well-written songs with skill. But ultimately that’s not enough. Instead of giving it all, Cully and his bandmates stood there as if shakily holding the anvil of “post-punk” above their heads, unable or unwilling to move away from it’s unnecessary trappings when all they really had to do was draw some influence and get over it. Maybe it was just an off night. Or maybe it was me missing something. I want that to be the case, I suppose, because Girls Names have a lot more to offer than this. It would just be great if they appeared to think that too. Eoin Murray