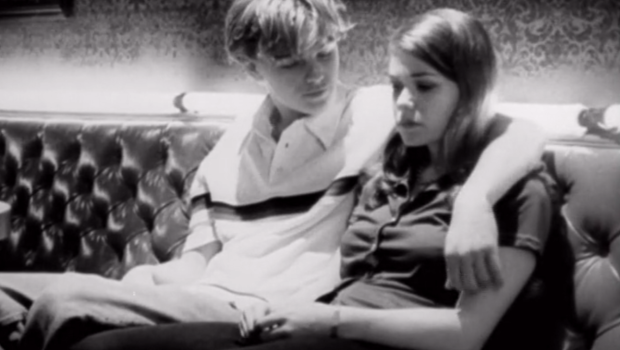 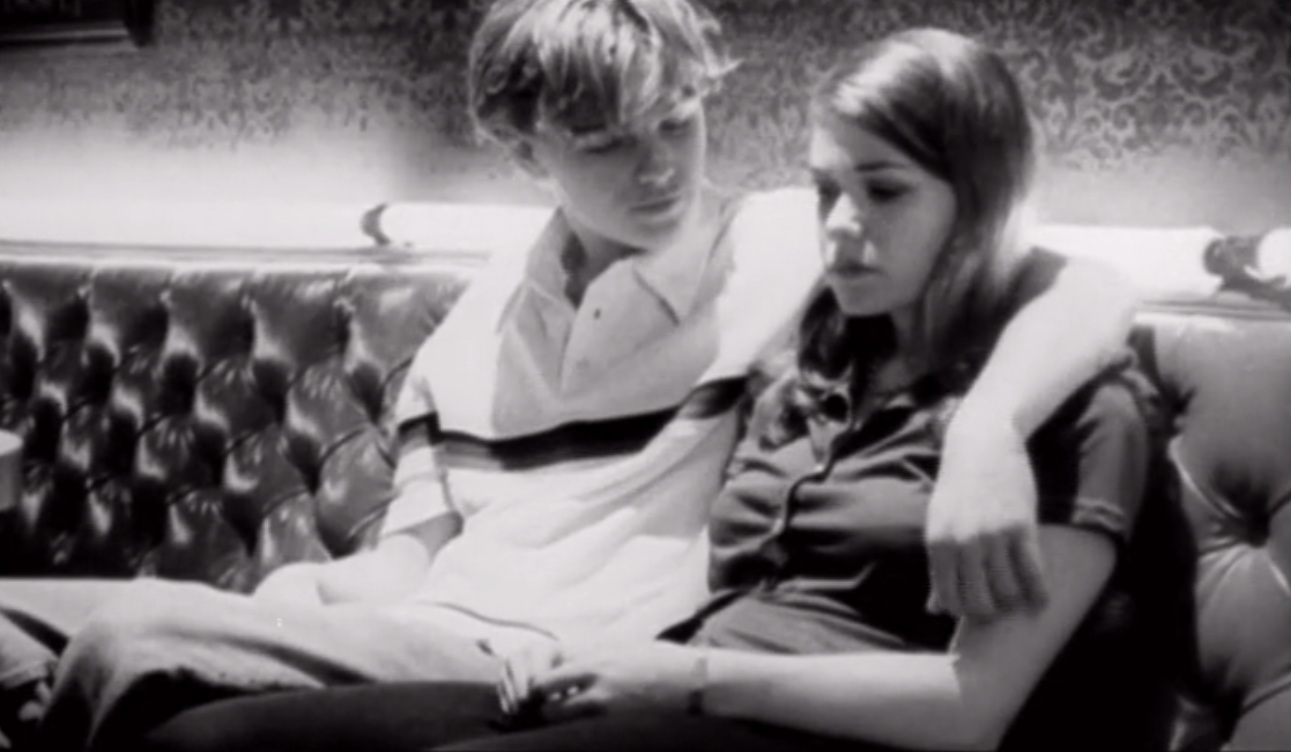 ‘It breaks my heart to inform you that on January 27, 2016, Leonardo DiCaprio once again blocked only American and Canadian audiences from being able to enjoy Don’s Plum.’

So begins filmmaker Dale Wheatley’s latest chapter in the ongoing saga of his aforementioned movie. Shot and edited from 1995 to 1996, Don’s Plum is a low-budget indie film featuring a cast of yet-to-be stars including Tobey Maguire, Kevin Connolly, Amber Benson, and, of course, Leonardo DiCaprio who play a lewd crew of 20-somethings spending a night in their favourite hangout, Don’s Plum. Rolling with an improvised script, the movie is an actors’ film, and at face value boasts the ingredients of enticing, cutting-edge cinema, a cult classic in the making. Don’s Plum, however, never saw an American release due to the efforts of disgruntled actors Maguire and DiCaprio, the long-term friends who buried the film with their influence and endless litigation.

‘When the film was actually seen, it was explosive,’ recalls Wheatley. With the help of friends who made up the cast, Wheatley and co-writer/director R.D. Robb were able to put together over 70 minutes of film to make an unexpected feature from just a few days of shooting. Screenings were held and offers were made, including a proposal from Miramax to distribute for $1 million. Even the Sundance Film Festival was put on the agenda. All that potential and promise, however, came to naught as Don’s Plum was abruptly stopped in its tracks, and many of the young Hollywood hopefuls involved simply walked away and tried to distance themselves through silence. ‘Nobody will speak about this thing. Nobody will talk about it, not to this day,’ says Wheatley.

The question, naturally, turns to how this happened. A cataclysm of nasty events greeted the public eye, namely DiCaprio’s manager pressuring Miramax into dropping their offer and producer David Stutman suing DiCaprio and Maguire before being counter-sued by the duo who claimed to have been misled into thinking the film would be a short. All this public spectacle made for juicy soundbites in celebrity news for a few years. Many speculated that Maguire and DiCaprio feared the damage of the performance to their wholesome, boyish personas, especially with DiCaprio’s career just skyrocketing after Titanic and Romeo + Juliet. Yet when Don’s Plum was shot, DiCaprio was still a fledgling star and already taking on risky, abrasive parts, like the licentiously homosexual Arthur Rimbaud in 1995’s Total Eclipse. DiCaprio’s character in Don’s Plum is not entirely likable, but that he’d have worried about the damage of a distasteful part to his appearance seems unlikely. After all these years, Wheatley holds that the driving force behind it all was Tobey Maguire. 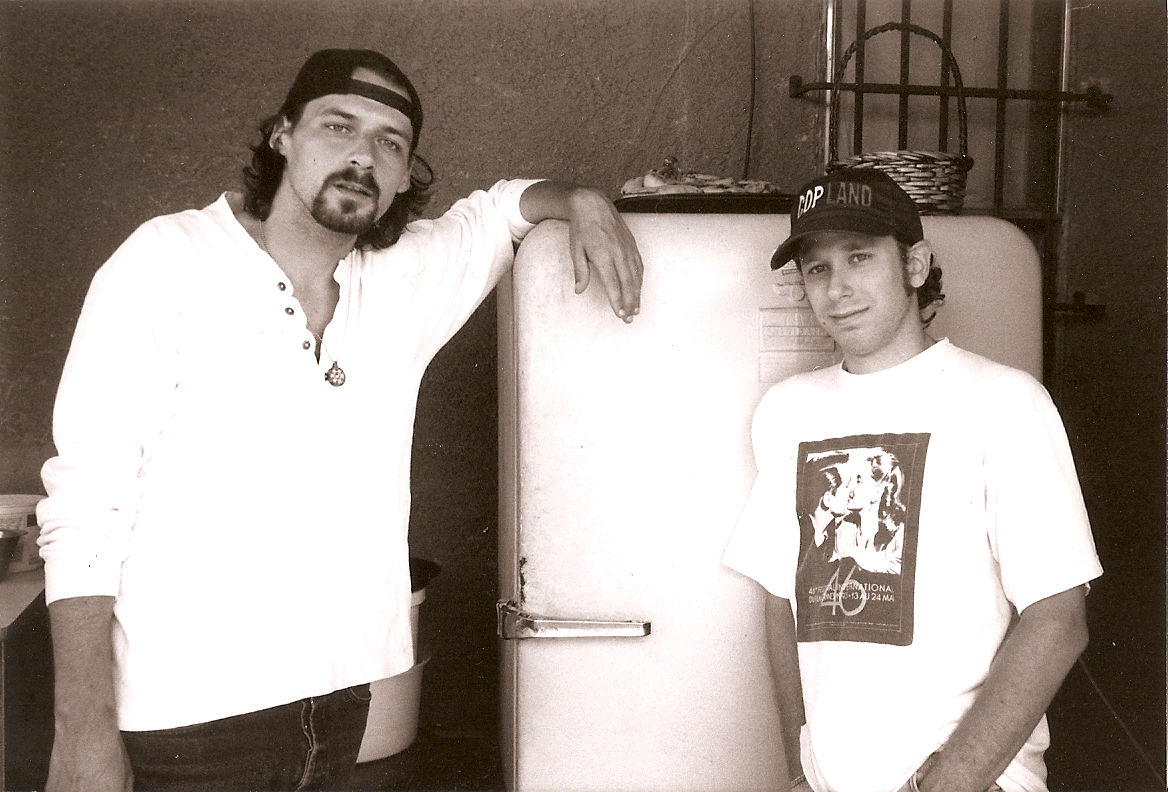 In an open letter on his website, Wheatley describes the events of two ugly evenings in July 1996 in which Maguire confronted the filmmakers over his discontent with the final product and successfully lobbied old friend DiCaprio to his side. Alleged lies and manipulation spewed forth from Maguire who convinced DiCaprio that the filmmakers intended to shame him in the press should he have interfered with the film’s release. Meanwhile, as Wheatley narrates, Maguire had spent the night prior rattling Wheatley and Robb with vague questions and concerns before furiously claiming that we wanted the film to be decimated. In 1996, Tobey Maguire’s public presence was nowhere near DiCaprio’s, with no boy-next-door look to be damaged until box-office hits of years later, such as Cider House Rules and Pleasantville. The battle for Don’s Plum earned Maguire more press than he’d ever received before. At this time, Maguire was merely another player in DiCaprio’s gang of Hollywood ruffians known as the Pussy Posse, a crew known for chasing women, starting fights, and never tipping, forming a tight-knit circle around Leo as their inevitable prince. More lurid tales of this crew’s debauchery are scattered across the web and past articles. Yet even for a crew that closed ranks as much as they did, their juvenile stunts were still the work of performers, each vying for the spotlight with a jealous eye on the one who found it the most, golden-boy Leo. Some observe that the improv of Don’s Plum evinced typical behaviour of the Pussy Posse on camera. Wheatley suspects that Maguire felt he was outperformed by others in the cast, and that his envy is what pushed him to scrape the work entirely, using DiCaprio’s fast-growing influence to achieve his ends.

It doesn’t surprise that a crew as youthfully destructive as the Pussy Posse would hastily bury art in the heat of a row gone wild. Anyone proud to stiff waiters, after all, doesn’t make a strong show of character or courtesy; it’s who they were then. What does surprise is that not once over the past two decades have these boys let up and let go. Not once in their years of success and fortune have they relinquished their hold on this grudge, claiming neither principle nor bruised career, but instead making a puerile display of power for power’s sake. What they don’t recognise, though, is how much more powerful a story of redemption and release could be, a story of forgive and forget, rebirth and rebuild, move on and move up. There’s a lot to be said for the struggle and commitment Dale Wheatley’s faced over the years, constantly regrouping from career destruction, financial ruin, and relationship loss while bearing the torch of work he started as a wide-eyed youth. When people find themselves at the brink of nothing left to lose, a fork makes itself known where they can choose either complete abandoment in favour of a new path, or carrying on with the task, only now with the wind of self liberation. That path carries possibilities, however daunting they may be. Now imagine the impact those possibilities could achieve if DiCaprio and Maguire shirked their quarrel with a former friend and reforged something greater, something more powerful than any one of them alone. 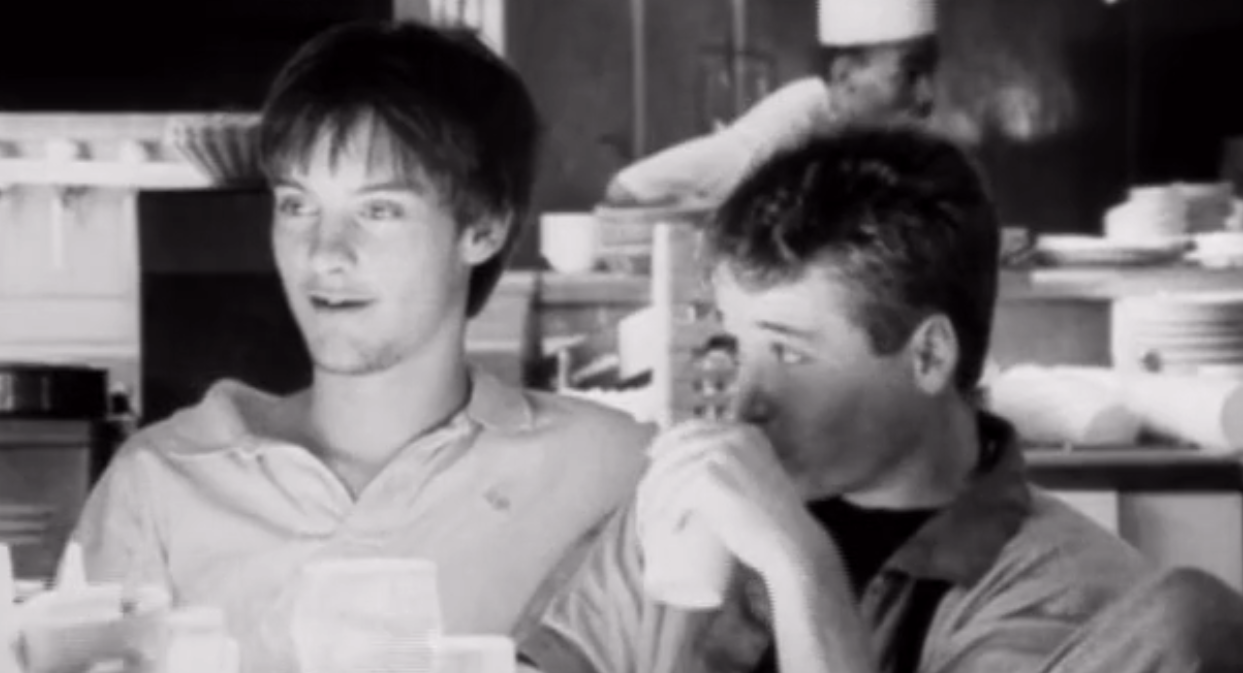 Even without this redemption, however, the way these actors have tied themselves to the opposing side could still magnify the film’s public presence. As much as DiCaprio’s gargantuan fame has allowed him to stomp out the reach of Don’s Plum, his extensive influence could now carry it to the limelight, especially with a recent Oscar win under his belt. The film has already garnered substantial attention across multiple platforms thanks to Wheatley. The Guardian ran two stories on the controversy in January this year alone, the first news they’ve reported on the matter in 16 years. Bits and pieces can be found on YouTube in addition to Wheatley making the entire film available to those who ask, social media is dragging the debate all over the internet, and people are simply becoming more aware of the film’s place in the cultural canon. Rolling Stone paid tribute this past November by ranking the film #18 in its list of DiCaprio’s 27 features. ‘[DiCaprio and Maguire] shouldn’t have been so worried’, writes Bilge Ebiri, without otherwise weighing in on the conflict. Fans are excited when they realise how connected Don’s Plum is to many other known artists, like musical talents Rilo Kiley and Phantom Planet who lent then unreleased tracks to the sound of the film. Thanks to the conflict, Don’s Plum is no longer the product of a few days of shooting and an unexpected feature length of reel cut across ’95 and ’96. Don’s Plum is now the story of friends and foes in high places, shifting alliances, and the extent of power and destruction these relationships can wield.

Wheatley himself plans to write more on his experience over the past two decades. More and more people are eager to hear this largely untold story due to the attention gathered by his online campaign to free the film. He’s even suggested that a documentary on the subject is in the works. The release of this kind of portrayal would shatter the silence that has plagued Don’s Plum for so many years. Whatever the outcome, the importance of the matter is not letting it slide back into oblivion without questioning the implications of everyone’s involvement. Hard though it is to question an icon in the height of his success, questions must be asked and attention must be paid in order to dispel this story’s mystery and appraise all its players in their entirety. Dale Wheatley has lived the underbelly of this tale at the risk of becoming invisible and forgotten. Bringing his story and the way he tells it to light would not only captivate, it would compel the silent others to share their voices, as well. Joe Madsen