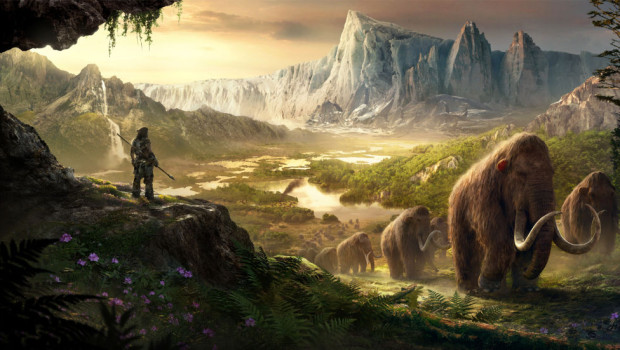 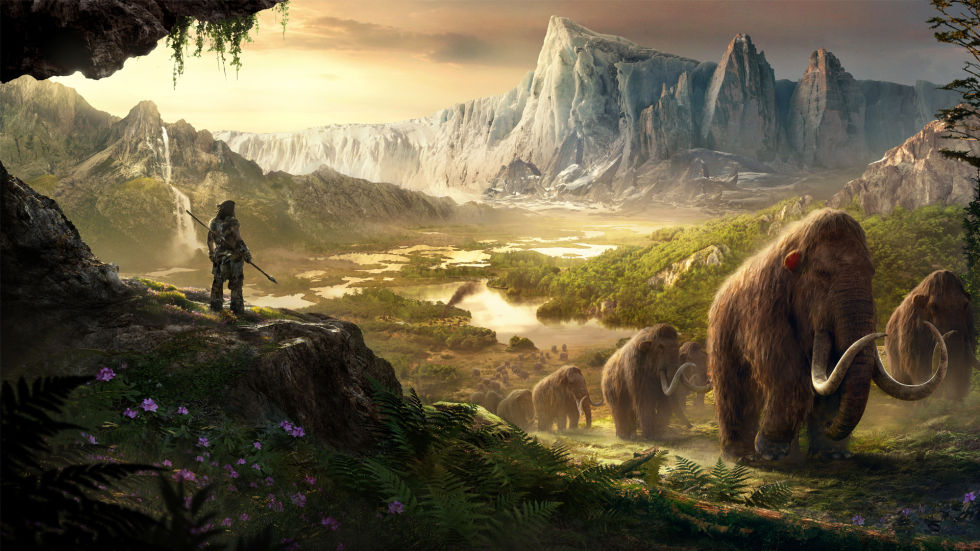 Few games are as unapologetically hostile as the various instalments in the Far Cry franchise, which specialise in dropping the player in far-flung locations then throwing lots and lots of very angry soldiers, natives and animals your way. Take, Far Cry 4, for example, set in a fictitious country in the Himalayas torn apart by a civil war. The scenery may be beautiful but the phalanxes of dissidents, drug-smugglers and vicious little honey badgers certainly are not, and they do not take kindly to you invading their turf. This same principle applies to Primal, but the action has been transported to the Stone Age – not a time period known for its self-help books, iced lattes and male grooming. It may be 10,000 years BC but you won’t encounter Doug McClure in a loincloth. You will, however, see something just as frightening: in this fiercely unfriendly world, you will run into a deranged shaman, battle-scarred cavemen, violent tribes-people and that’s before you have to deal with the wolves, wildcats and sabre-toothed tigers that roam the landscape. As in previous Far Cry games, each one of these avatars and NPCs has the sole intention of harming you in various unpleasant ways, and the tension caused by the fact that death is always close by is palpable.

The decision to crank the clock back thousands of years is a canny move on the design team’s part as it eschews the need for machine, guns, jeeps and mobile phones (just imagine: nobody instagramming a plate of mammoth ribs or checking snapchat while you’re trying to talk to them). This may sound like the modern gamer’s idea of hell but Primal more than makes up for the absence of automated weapons in other inventive ways. The combat, first of all, is brutal. More focused on melee skills than ever before, there are bows, spears, clubs and axes and the like, each of which feels pleasingly weighty and satisfying when you lodge it into an enemy’s cranium. Then, as in other Far Cry iterations, the wildlife can also be used to your advantage: beasts can be tamed though here also ridden into battle. If you’ve ever wondered what it is like to saddle a bear and ransack a village, well, here’s your chance to live out that dream. To be far, Primal cheats a little by introducing weapons that effectively function in the same way as Call Of Duty staples. Bags full of bees, for example, are grenades in everything other than name but that does not mean that it is any less enjoyable lobbing one into a crowd of savages and watching the chaos ensue.

To their credit, Ubisoft have previously taken risks with the hugely successful franchise. The deliberately ridiculous spin-off Blood Dragon, with its faux retro soundtrack, Commando in-jokes and day-glo visuals, was an entertaining homage to 80s lore even though it made no sense whatsoever and felt entirely out of place within theFar Cry canon. The designers have pulled off a similar trick here, and it is impressive how immersive a game they have crafted. The world of Primal is a credible one, thanks in no small part to the fictional language created specifically for the game. This choice to do something a little different is refreshing – originality is something of a premium in videogames so it’s encouraging to see a publisher trying to break free from staid templates. Of course,Primal is still rooted in familiar tropes: the storyline, such as it is, involves advancing up the ranks to become a fully fledged badass; there is a skill progression tree to unlock new abilities; and there are camps to raid, stealth missions and all the usual staples of an open world of this type. The mechanics have been honed to perfection though there will naturally be a slight niggling feeling of déjà vu. However, if you love getting lost in Far Cry, you will find much to enjoy here, and kudos to Ubisoft for having the nerve to take such a gamble; where most games are looking to the future, Primal relishes exploring the distant past. Ross Thompson