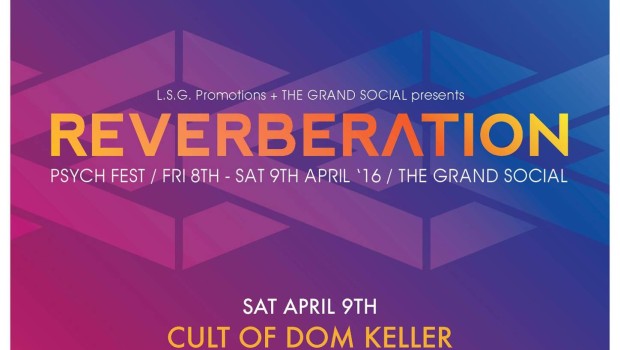 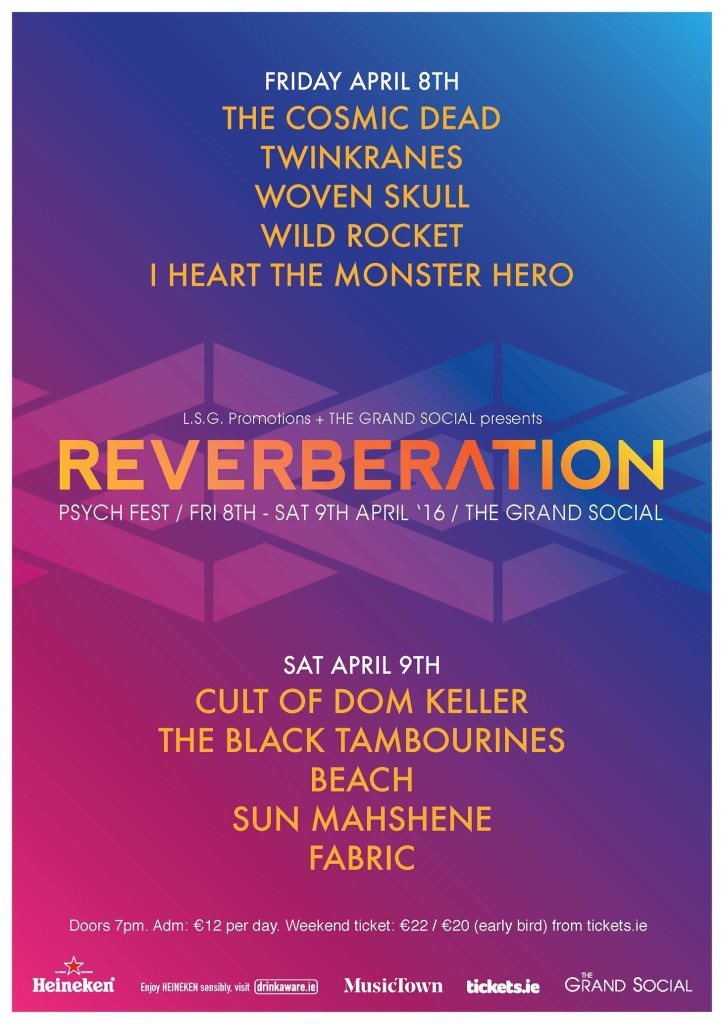 With the psych scene in Ireland growing stronger by the day, the likes of Letterkenney’s Distorted Perspectives, Belfast’s Strange Victory and Sunglasses After Dark and Dublin’s Retro Revival Club play a sizeable role in putting up-and-coming homegrown talent and established acts from further afield a platform in every corner of the country.

Presented by the latter, this year’s Reverberation Psych Fest will return to Dublin’s Grand Social across the weekend of April 8-10 with its strongest line-up to date. Featuring The Cosmic Dead, Twinkranes, The Cult of Dom Keller, The Black Tambourines, Woven Skull, Wild Rocket, Beach, I Heart Monster Hero, Sun Mashene and Fabric full details including times for this year’s outing are available here.

Tickets for Reverberation Psych Fest is €12 per night of €20 for the weekend.

To win a pair of tickets to this year’s festival, simply Like our Facebook page here and send us an e-mail to info@thethinair.net mentioning your name and favourite act on the bill.