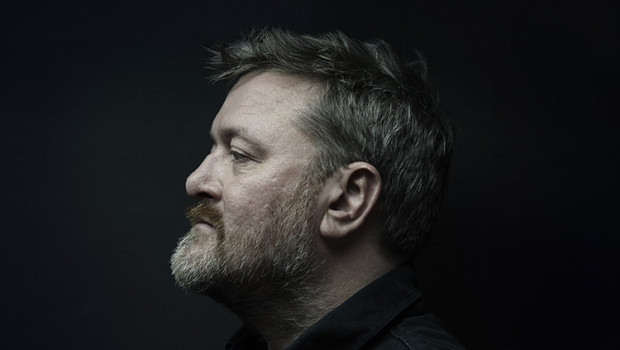 The Liberation of Loss: An Interview with Guy Garvey 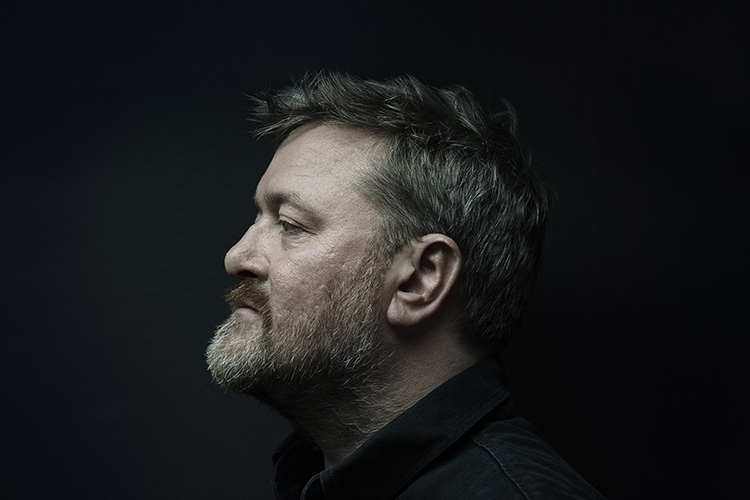 The rest of 2016 is shaping up to be very busy for Guy Garvey. In between winding down his sojourn in support of solo debut Courting The Squall, the Elbow front-man is curating this year’s Meltdown Festival at the Barbican before rejoining his band mates to write a follow-up to 2014’s The Take Off And Landing Of Everything. Jonny Currie chats to Guy about cathedrals, etymology, and being a bit of a community freak.

You’ve played Belfast a number of times over the years. Do you have any particular memories that stick out?

I love Belfast! One memory that sticks in my head is helping Snow Patrol open an arts centre. Gary Lightbody is an old pal who asked me to come over and do a little set with them. We stayed up until fuck knows with the Snow Patrol boys and the next morning we had a quite late flight home. We were all rancidly hung over the next morning, and across the room we saw a guy with really weird Lego man hair. Then there was another guy with a green shirt on and a weird kid wearing a dinner jacket. It was like being in a really weird Beatles cartoon. Everybody in the room had something fucking weird about them. I thought it was just me seeing things and then I rested my head and saw a playing card stuck to the ceiling and I said “lads this is a magician’s conference!” And it was! I was proper freaked out, and all magicians are fucking weird anyway. But yeah there you go that’s my last memory of Belfast!

You’re playing the Cathedral Quarter Arts Festival. Have you been in any cathedrals lately?

Elbow played Manchester Cathedral for Radio Two a year and half ago. Before that it was a cathedral in Cologne. I love a cathedral, or any kind of communal space. I’m a bit of a community freak. We played the Jewish historical synagogue in DC once. That was an amazing space. I don’t know if it’s happening there in Belfast but here in Manchester more churches are opening themselves up as small venues. We’ll work out how to read it one day, but there’s a resonance left by gatherings of people. You can just feel it. I’ve been to Glastonbury out of season and despite the frame of the pyramid stage being there all year long when you stand in the middle of it and the grass re-grows (which it does very quickly), there’s nothing to indicate that all those people have been there but you can just feel it. I’m not trying to sound hippy or spiritual but there really is a resonance. And I’m not in any way spiritual in that way but cathedrals are full of it.

Through your songwriting you have a unique way of grounding traditional or spiritual words and expressions within the rhythms of everyday life. Is the use of those phrases a self-conscious decision?

It’s interesting how much of what we say every day is from Shakespeare. I’m quite interested in etymology. Words and phrases so often come from Shakespeare. The phrase “hoisted by your own petard” – could it mean being hung dead from your own flagpole? It turns out petard is a shit bomb – like a sneaky bomb you’d use to get rid of battlements and defences. So it’s like a sausage of gunpowder but they were so random you’d quite often blow yourself up using them. So hoisted by your own petard means being blown off your feet by your own bomb. It’s a good one isn’t it!

In those terms, why not use the phrases in the Bible that come hurtling down the centuries in your own way. The lyric “Jesus is a Rochdale girl and forty-five CDs” was from around the time I lost my faith, which was both liberating and a little bit loss-making. Suddenly this angel was feeding me money, cause I didn’t have any, and bringing me food from her dad’s restaurant that she’d stolen. I don’t think I even had forty-five CDs, but my album collection in that room and that girl was all I had.

Speaking of CDs, given the resurgence of vinyl do you or the band have a specific format in mind now when you’re making a record?

We have always considered them in terms of A and B. It got less important after The Seldom Seen Kid. Sometimes if your album is quite epic it’s best to think of it in three acts rather than in two sides but I was certainly A and B when I was working on my solo thing. We were talking about albums we admired the other day and so many of them are 42 or 43 minutes long.

One of the highlights on Courting The Squall is “Electricity”, the duet with Jolie Holland. Have you considered a full-length collaboration with a female vocalist?

Writing with Jolie was great. These things are nicer when they crop up. If I got together enough for half an album then I’d maybe be tempted to. Kathryn Edwards and I have supposed to be doing a duet since 2000. She still calls me Kenny and I call her Dolly and it’s just not happened. You’ve got to be so careful with them because they can so easily be shit. I love Electricity because we were both conducting transatlantic relationships when we wrote it so we got to talk about what was making us flutter while we were writing it.

Finally, have the guys from Elbow been to any of your solo shows?

When I was doing my solo thing for a couple of months Pott (Craig Potter) took the opportunity to form a bluegrass band called the Plumedores who are just gnarly as fuck – amazing singers and uplifting bluegrass spirituals from the North West. They’re releasing an EP on my label Skinny Dog. They opened for us across the UK. Pott would go out with me every night and we’d do an Elbow number in the middle of the set. Then Pete, Craig and Jupp came to see us in Manchester. It was just funny cause Pete’s laughing at me, looking at me willing something to go wrong, with a great big grin on his stupid face!