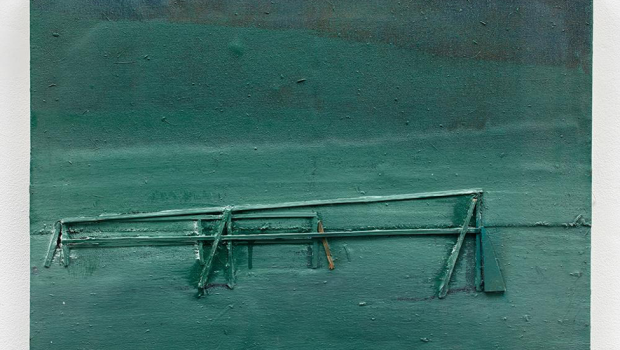 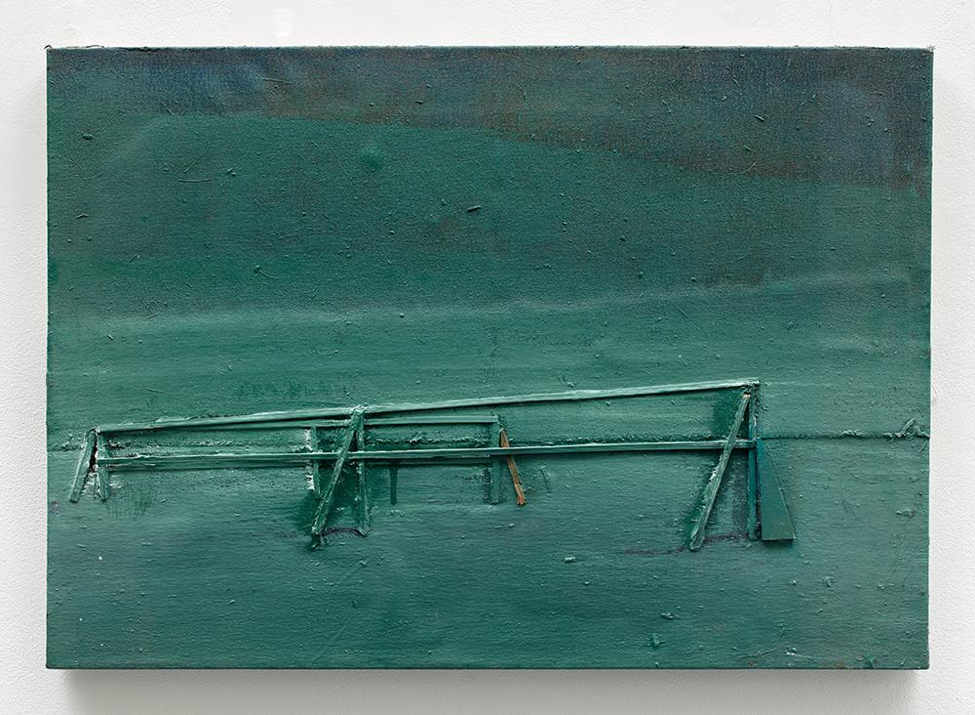 The themes of retrospectives and viewpoints, in terms of personal, institutional and national culture, resonate in the shows from Dublin, Carlow and Limerick chosen in this edition of Picture This. In Dublin, Temple Bar Gallery + Studios’ latest exhibition looks at the last 100 years history of Trinity College and casts a light on some of the institution’s lesser known fables. A more critical look at the role of educational institutions can be found in Limerick and Ormston House, this show also looks at the cultural appropriation of languages in Ireland and further afield. Cultural appropriation also forms a key motif in VISUAL Carlow along with a look at the 18th and 19th European courts. Finally a return to the capital for a retrospective look at the career of Merlin James in The Kerlin Gallery. While these shows may use previous events and creations to form their core, their overriding metaphor is that of now and their direction is invariably looking forward. As well as these four cracking exhibitions, a few from the last edition are still on show and can be found here.

Dublin: “A work whose ambition is only surpassed by its superb execution.” 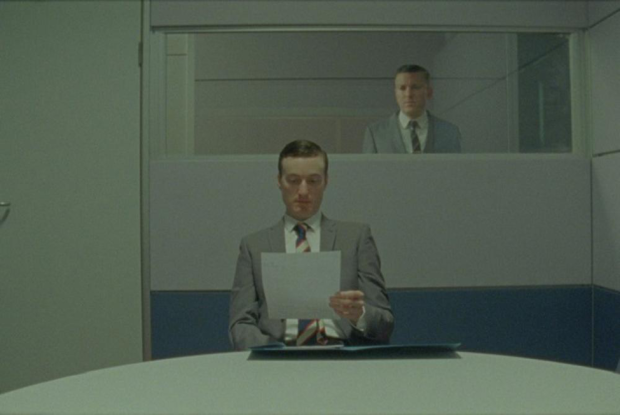 The Hopeless End of a Great Dream

What: The Hopeless End of a Great Dream
Where: Temple Bar Gallery + Studios
When: 22nd April to 11th June

Declan Clarke’s latest exhibition, The Hopeless End of a Great Dream, is easily one of the most ambitious pieces commissioned by Temple Bar Gallery + Studios. The space, along with Belfast Exposed, Centre Culturel Irlandais Paris and Trinity Creative, invited Clarke to create a video work that commented on the last 100 years history of Ireland’s oldest university – Trinity College. Clarke is known his use of fragmented narratives, fusing seemingly unrelated events together to create an overarching general aesthetic. In The Hopeless End of a Great Dream he touches on lesser known incidents in Trinity College’s history and blurs them with fiction to create a political commentary that is grounded in cinematic practice. The film is shown in Dublin until June 11th with screenings beginning in Belfast Exposed from May 26th. Be sure to catch this visually stunning piece during its run, a work whose ambition is only surpassed by its superb execution.

Limerick: “Societal use and influence on and by language are discussed through interactive and engaging workshops.” 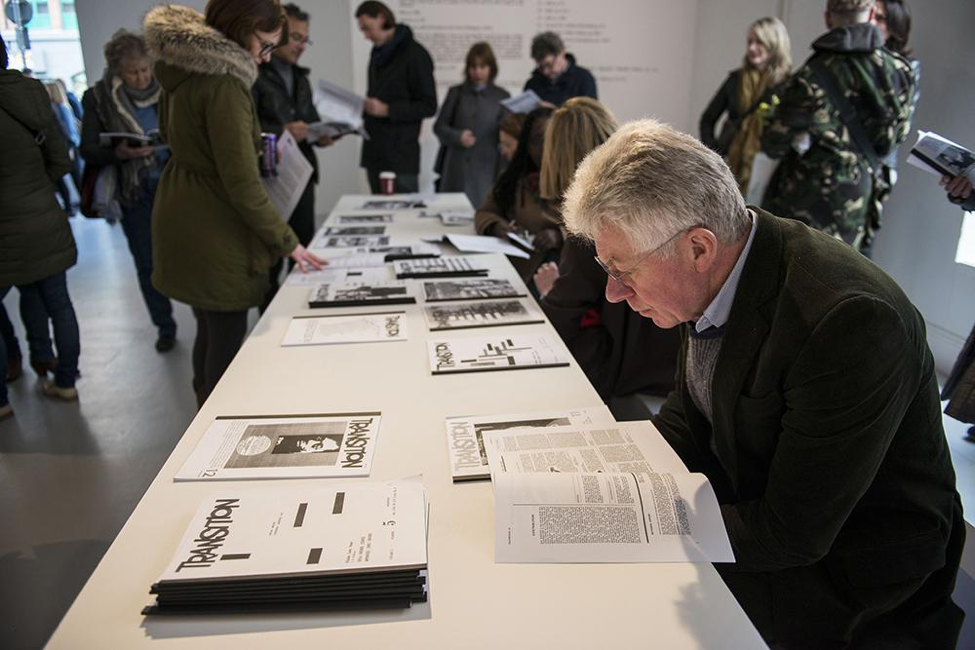 What: Murder Machine
Where: Ormston House
When: 16th April to 11th July

The current show on in Ormston House is a collaboration between multiple artists and multiple institutions. Ormston House have come together with EVA International (Ireland’s Biennial of Contemporary Art) and Making Histories Visible, to present a collaborative effort from musicians, photographers, filmmakers and artists Ceara Conway (Ireland), George Hallett (South Africa), Linda O’Keeffe (Ireland/UK), The Otolith Group (UK) and The Rusangano Family (Zimbabwe/Togo/Ireland). The result is Murder Machine, which takes it’s name from Padraig Pearse’ 1916 pamphlet of the same name. Pearse’s pamphlet criticised educational systems and the language and teaching used in theses institutions. This 2016 project echoes these sentiments but casts its boundaries further afield to include Africa and, in reality, the world. Societal use and influence on and by language are discussed through interactive and engaging workshops. The last of these takes place on June 2nd when The Rusangano Family host an interactive evening to celebrate the launch of their latest album Let The Dead Bury The Dead. 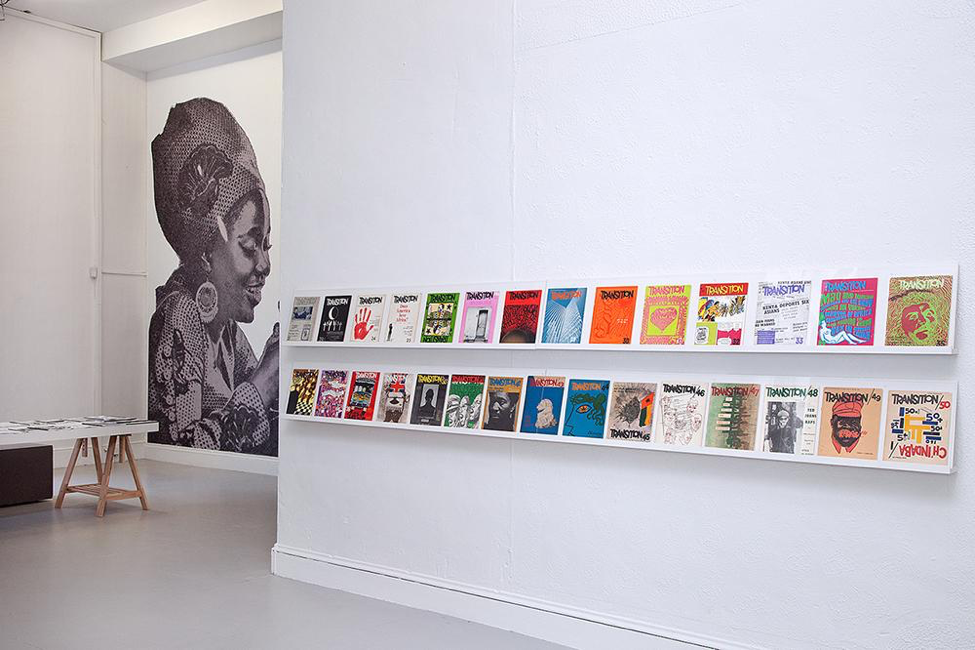 Carlow: “This conflict of cultural appropriation balanced with the ceremonial aspects of colonialism resonates profoundly in 2016.” 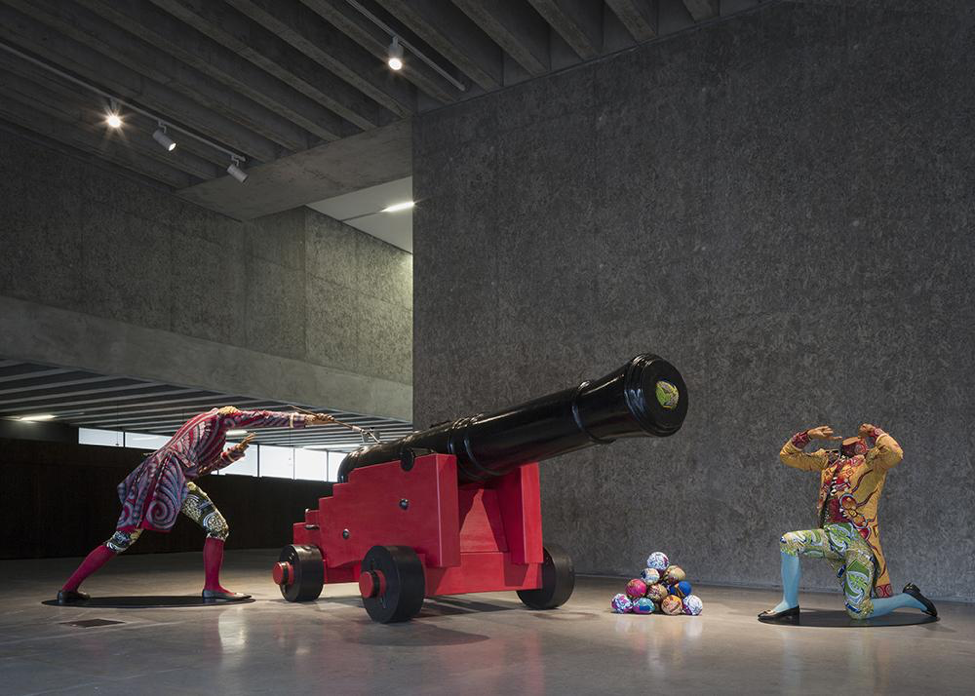 What: Recreating The Pastoral
Where: VISUAL Carlow
When: 6th February to 19th June

Cultural identity, as well as the reappropriation and construction of these identities, form key elements in VISUAL Carlow’s current exhibition – Recreating The Pastoral. The show is presented by British-Nigerian artist Yinka Shonibare, who is known for his use of mannequins in his shows. Shonibare displays several here as he comments on 18th and 19th Century European Courts and the authenticity of cultural identity. These two themes are combined together in the creation of garments, using Dutch Wax Cotton, for headless-models in a series of scenarios from firing a cannon, to courting a courtesan. This conflict of cultural appropriation (Dutch Wax Cotton originated in colonial Dutch Indonesia but is most keenly associated with Africa) is balanced with the ceremonial aspects of colonialism and resonates profoundly in 2016 and the centenary of our own conflict with colonialism and culture. 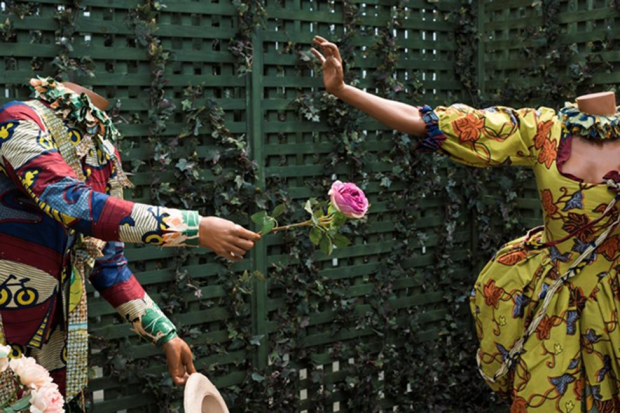 Dublin: “The works on display showcase an artist who has evolved and explored within his own practice.” 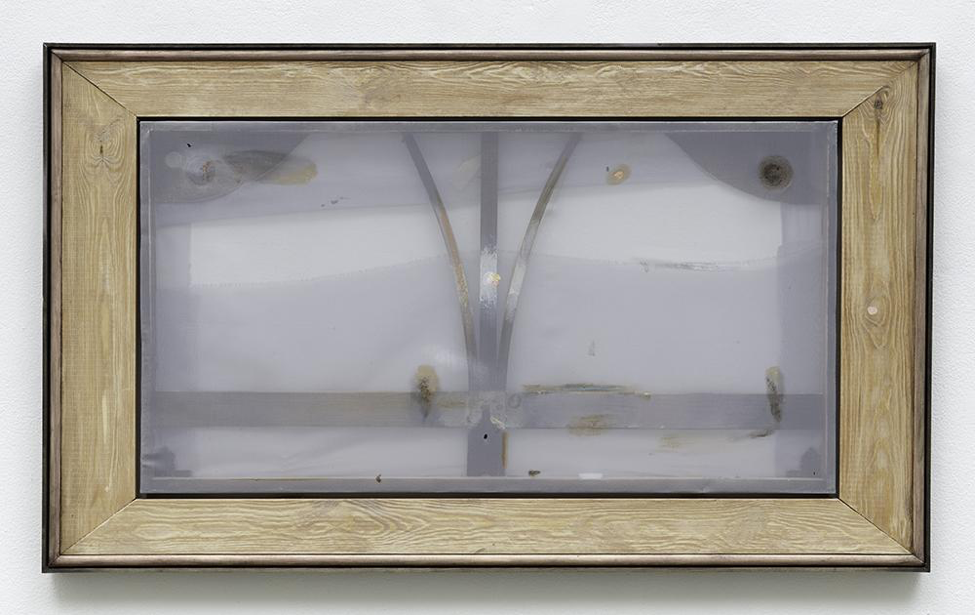 What: To The Present
Where: Kerlin Gallery
When: 13th May to 25th June

The name of the current Merlin James’ exhibition on in The Kerlin Gallery is a big indicator to the premise and direction behind the show. Entitled To The Present, the exhibition presents a chronology of James’ works to date comprising of pieces from the last 30 years. The works on display showcase an artist who has evolved and explored within his own practice during that time period. Included in these selected works are a number of James’ signature ‘framed paintings’. These translucent acrylic pieces, as their name suggests, encompass all aspects of the frame not just the worksurface and challenge the borders and constraints of traditional painting. These are shown alongside works on canvas and paper, with works dated as recently as this year.. To The Present does not feel like a retrospective where an artist presents a back catalogue as either a full stop or semicolon on their career, instead it feels like another departure point for James to continue a vibrant and intriguing dialogue. In this sense this exhibition isn’t constrained like a traditional retrospective, but then James’ was never a traditional painter. 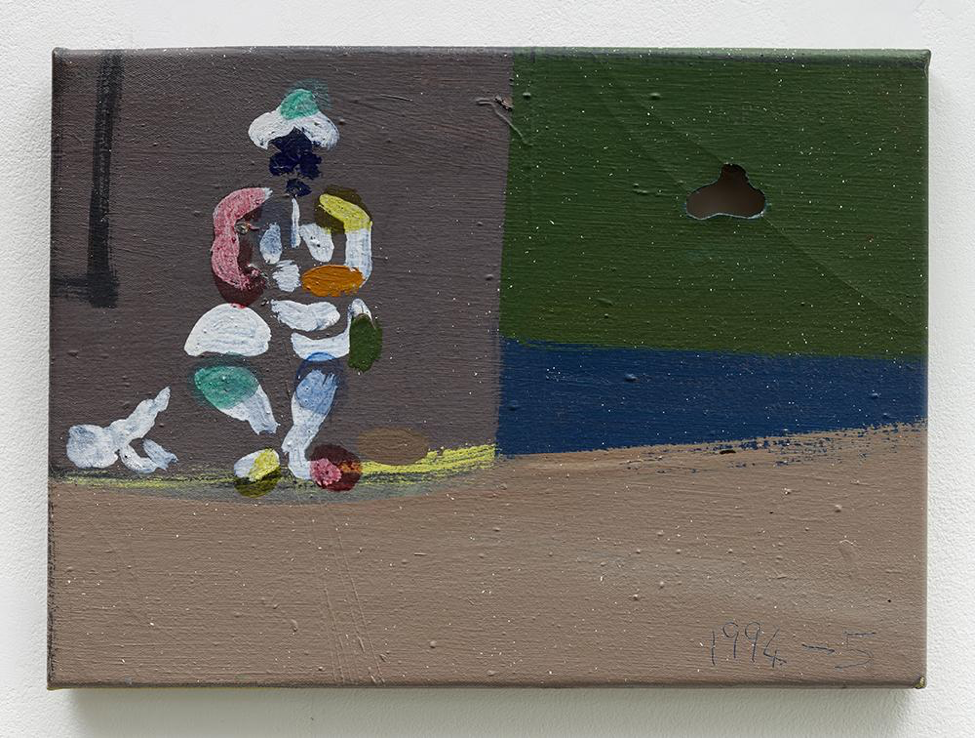