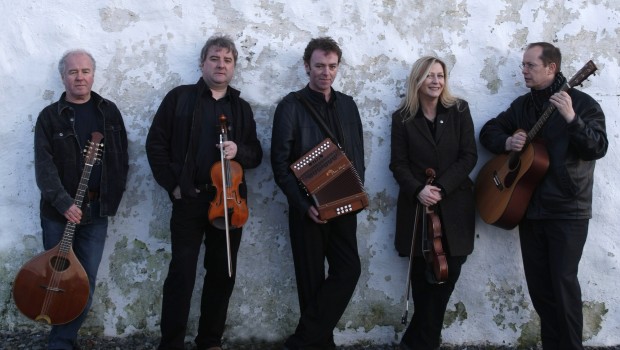 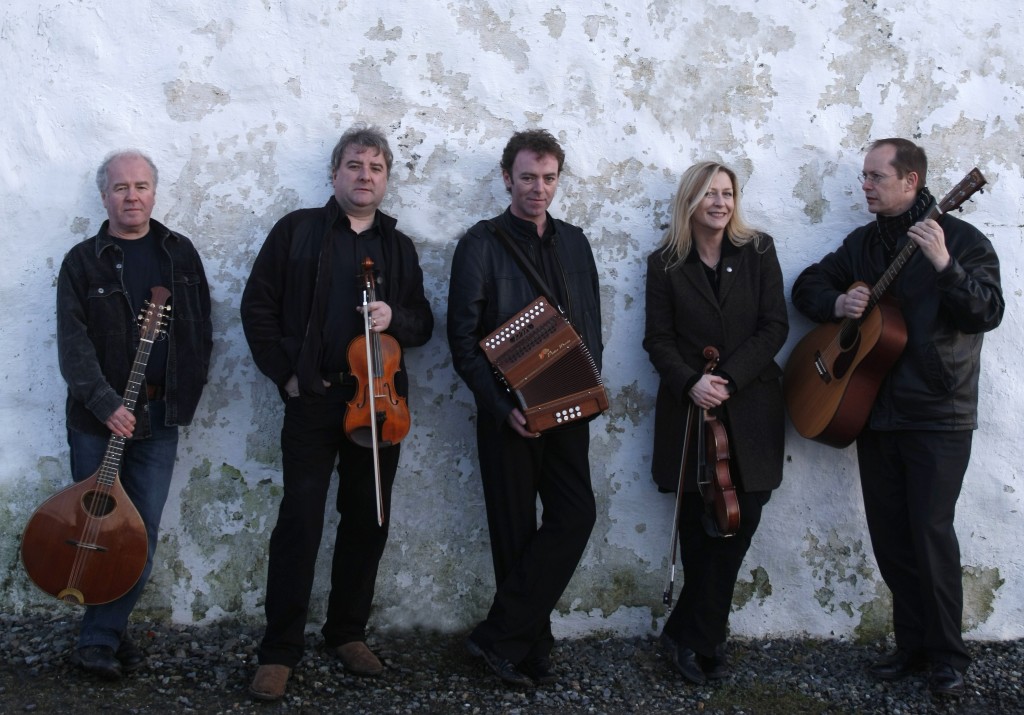 It’s undoubtedly something of a coup for Feile An Droichead to have persuaded Altan to play at An Droichead, a much smaller venue than is customary for the legendary group. Few trad outfits can boast the sustained activity and international appeal of Altan, who have been thrilling audiences around the world for three decades. The band will be celebrating its 30th anniversary in 2017, but in truth, an Altan concert at any time is a celebratory event and tonight is no different.

First up, however, is Kern. The Louth trio has been together for nearly three years and its dashing blend of traditional folk and contemporary songwriting is brilliantly captured on its debut CD, False Deceiver (2016), which forms the basis for its short but memorable support slot.

Uilleann piper Brendan McCreanor and fiddler Barry Kieran ply seamless unison lines on ‘Misty’, a lively meeting of Scottish march and slip jig, with SJ McArdle providing the rhythmic backbone on acoustic guitar. McArdle’s twinkling arpeggios and smoky tenor color memorable songs such as ‘Leaving’ and ‘Hard Wind’. The latter addresses the reality of Irish soldiers in WW1. “You didn’t get to Paris and you didn’t meet girls and no-one ran their fingers through your Irish curls,” McArdles intones, painting a picture instead of “all muck and blood and the smell of fear, and the prayers ‘Lord Jesus get me out of here…”

Elegant waltz and churning polka rhythms combine in the set ‘Aga’, followed by the well-travelled 18th century song ‘William Taylor’, which bleeds into a short blast of the fiddle tune ‘The Tempest’.  A feisty jig, impeccably executed, draws a line under an engaging performance. Steeped in the tradition yet boasting a contemporary poetic sensibility, it will be a surprise if Kern doesn’t go on to bigger and better things.

In a set that features many of the tunes from the aforementioned, critically acclaimed album, these twin musical veins are closely entwined. It’s a Scottish set of reels, ‘Maggies’ Pancakes/Píobaire an Chéide/The Friel Deal, however, that kicks things off in style, with the dual fiddles of Mairéad Ní Mhaonaigh and Ciarán Tourish leading the charge.

A gently spun Gaelic ballad, with Ní Mhaonaigh accompanied by accordionist Martin Tourish, Ciarán Curran on bouzouki and Mark Kelly on acoustic guitar, holds the audience captive, but a spell of a more vibrant kind is cast thereafter with a bouyant set of jigs, ‘Johnny Boyle’s/King of the Pipers’, which first appeared in Altan gigs twenty years ago.

The tempo relents on Nashville songwriter Walt Aldridge’s much covered waltz ‘No Ash Will Burn’, picking up again on the traditional slip jig ‘Comb Your Hair and Curl It/Gweebara Bridge’.

Legend has it, one audience member volunteers, that if you hold your breath while crossing said Donegal bridge all your wishes come true. Ciarán Tourish replies: ’I know people who do that on the Golden Gate Bridge in San Francisco. I used to know people. They didn’t get their wish either.’ Martin Tourish’ caressing accordion melody is soon hijacked by flying fiddles but the flight is as short as it is spectacular.

Martin Tourish, who joined Altan in 2014, has brought an injection of youth (lowering the average age of the band by twenty years, Ní Mhaonaigh quips) and songwriting craft to boot. His graceful slow tune ‘The Road Home’, with Ciarán Tourish doubling on whistle, provides a lyrical highlight of the set.

Fiddles and accordion ride in unison on an up-tempo version of ‘The Gypsy Davy’. Though often credited to Woody Guthrie, the tune is listed in Francis James Child’s anthology The English and Scottish Popular Ballads, a 2,500-page tome published in the 1890s.

Folk songs from these islands have long influenced American traditions, but the music flows both ways, and country, and increasingly bluegrass, have exerted similar influence over here. Altan’s Appalachian-inspired vocabulary, most keenly felt in the fiddles, whether on reels or jigs of Scottish or Donegal provenance, in effect, brings the music full circle.

Guthrie, meanwhile, may have copyrighted a version of ‘The Gypsy Davy’, but he never owned it.

The juxtaposition of balladry and foot-to-the-metal ensemble playing creates a pleasing ebb and flow to the music, although Ní Mhaonaigh’s vocals are arguably more emotionally alluring, and occasionally haunting, on the Gaelic-sung tunes.

The singer is at her most persuasive on the balladic intro to the spirited ‘Magaree Reels’, and on another softly spun tune where she is joined by daughter Nia. It’s a family affair once more on a stirring set of reels penned by Mark Kelly, and named in honor of son Sam Kelly, who guests on accordion.

The thrilling foot-stomper ‘John Doherty’s Reels’, the jaunty ode to seaweed that is ‘Dúlamán’ and a Donegal reel end the set on a high, though inevitably, encores follow. First up, ‘Far Beyond Carrickfinn’, an intimate song about loss and hope, followed by ‘The Triple T’, which begins with yearning flute before bursting into a  bluegrass-flavored romp with fiddles and accordion engaging in a joyous to and fro.

Even after all these years, Altan still plays with a joie de vivre that would be the envy of less seasoned bands. As the 30th anniversary looms, there’s evidently still plenty of juice in the tank. Ian Patterson