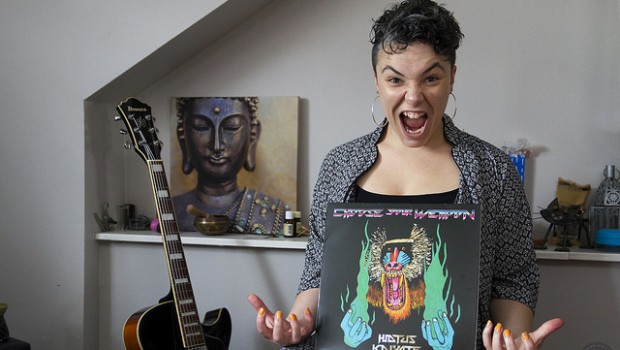 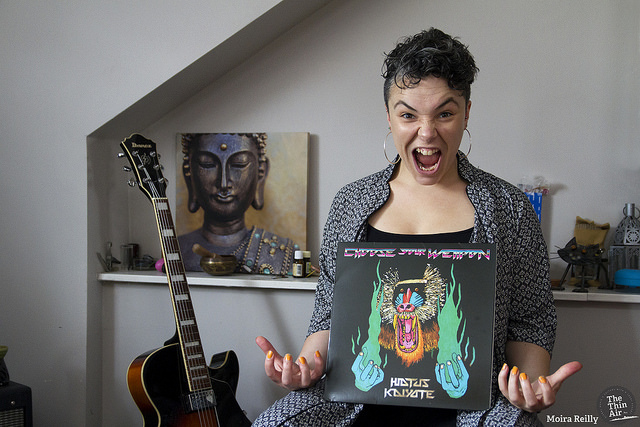 Dublin musician and BARQ frontwoman Jess Kav handpicks a selection of records that have left an indelible imprint on her music and life, including Chaka Khan, Jape, Ella Fitzgerald and Flying Lotus. Photos by Moira Reilly.

Future-Soul deliciousness from Australia or, to quote them, “polyrhythimic, multidimensional gangsta shit”. The album kicks you in the face with glitchy vocals and operatic intensity from the first song ‘By Fire’. Nai Palm’s voice can hold so much sass and vulnerability simultaneously, god I fucking love her. I feel like she’s life-coaching me with her lyrics. Listen out to some savage eighties-video-game-homages in Atari. It’s one of my jogging songs, when I want to pretend I’m in a video game. Great motivation. I feel 1up-ed after listening to these guys. 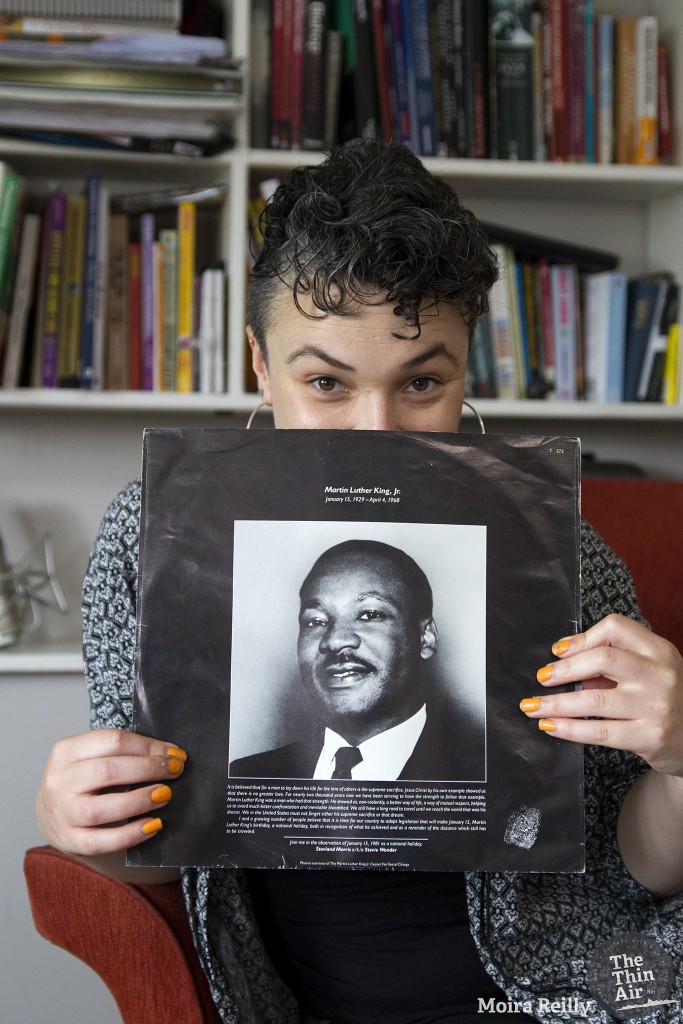 When I lived in London and was too afraid to write or collaborate, I would listen to this album (and Earth, Wind and Fire) on repeat. At that time, I was investigating different sounds for my own creative endeavours, so there was no harm in listening to the greats to inspire me. Love songs can easily sound trite, but Stevie Wonder always nails it. ‘All I Do’ and ‘Rocket Love’ are simply beautiful, ‘All I Do’s’ melodies are so earnest and the string arrangements in Rocket Love always get me.

He never shies away from the humour in his music, ‘Do Like You’ finishing with a lamp-crash as the song’s protagonist practices his dance-moves. The very polarising ‘Ain’t Gonna Stand For it’, a country tune-parody (was it a parody? Depends who you ask). Wonder’s famous Happy Birthday song, a campaign for Martin Luther King Jr. Day in the US. The vinyl sleeve is also a homage to Luther King Jnr, with emotional photos from riot-aftermath and a beautiful portrait of the leader in question. The pictures are pretty spooky to look at today as history repeats itself and the powers that be seem to learn nothing. 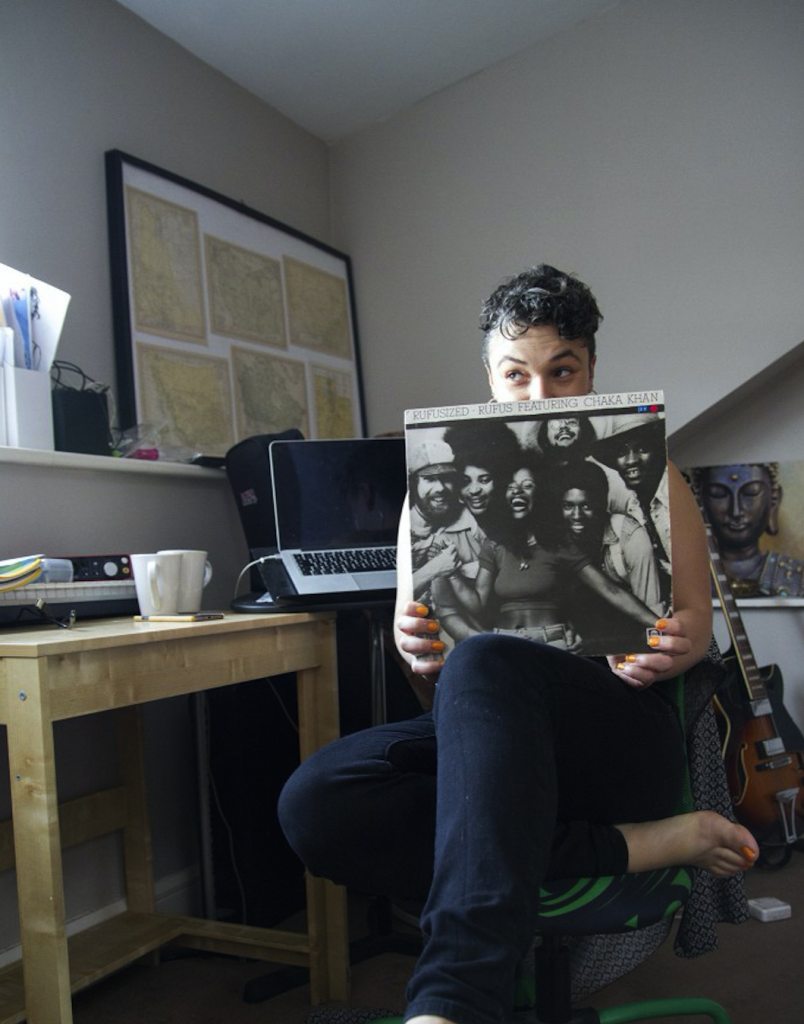 Chaka fucking Khan. Jesus Christ. I remember putting this on and my jaw dropping while listening to her vocals. She is so young and just hitting notes that are otherworldly. ‘I’m A Woman, I’m A Backbone’ is full of empowering female pride. The lads are just grooving and letting her be Chaka. When it comes to vocal technique and emotion, she’s in a league of her own. She sounds like she smiled through all her takes. I love that.

Earth Wind and Fire – I Am

Myself and some very talented musicians put on an Earth, Wind and Fire show in The Sugar Club about 2 years ago. The songs we picked for the show were mainly from this album, so I always smile when listening to this record. Singing the songs from this record live was probably some of the most difficult vocals I have ever performed.

Philip Bailey’s voice is crazy high, Maurice White’s arrangements are so intricate it’s hard not to be concentrating constantly, incase you miss your cue. But at the same time, you want to be in the moment because the music is so good. Difficult!

So now I can lay back and listen to Boogie Wonderland at my leisure. I still attempt ‘After The Love Is Gone’ in the shower just to make sure I can still sing the epic key change. My neighbours love me. 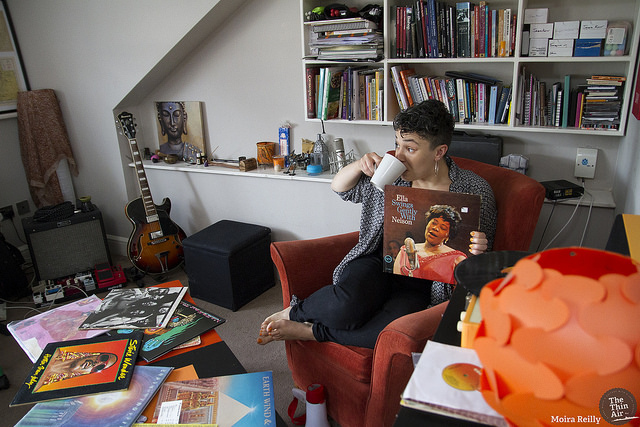 When I was very briefly in LA, we had no time to go to the famous Amoeba Music, so I sneaked off during soundcheck and found a record store behind a hipster-barbers. There, I bought this record and was so happy that I found it.

The album has Ella Fitzgerald singing on it. To an orchestra. That’s all you need to know. Listen to this and feel beautiful inside. Also great to listen to while cooking, in order to feel fancy.

I was recently given this as a gift from Jean Hannon of Faction for working with Jape. It’s very easy to distance yourself from the musical content when you’re learning songs and figuring out harmonies for a gig. I can’t do that with Richie’s music, it always moves me. He truly is a master with lyrics, and is able to weave that self-deprecating humour and intellect into his music that is so intrinsic to Irishness. “Endless excuses, but we’re absolutely animals” Love that. 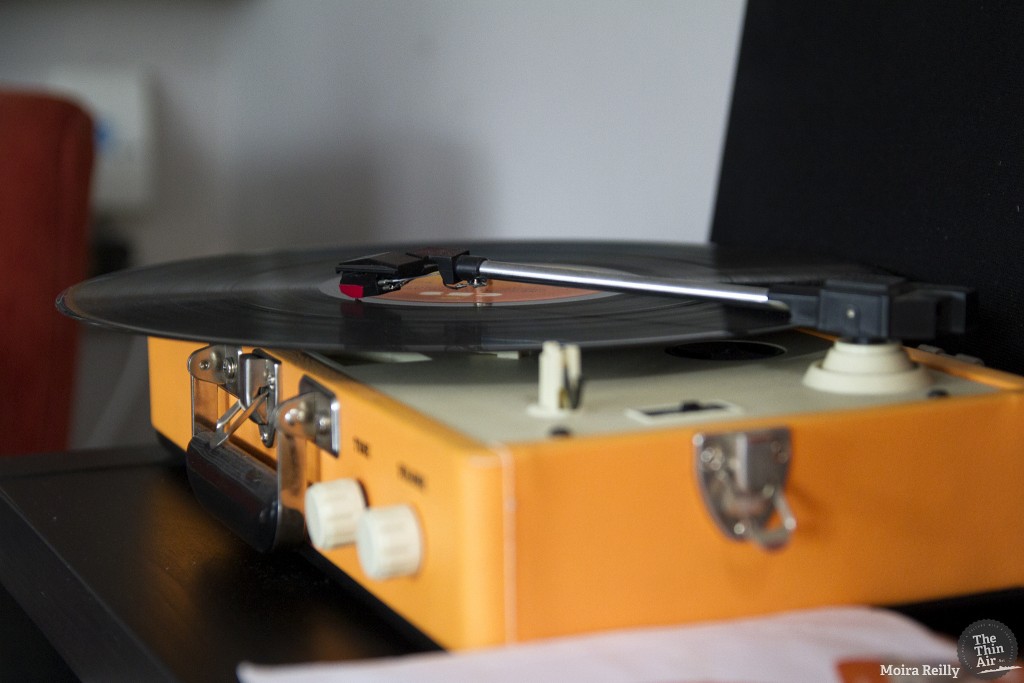 I am always attracted to musicians and artists who are able to look at darkness in beautiful ways. The arrangements on this album are gorgeous and his collaboration with Kendrick Lamar in ‘Never Catch Me’ moved me to tears when I watched the music video for the first time. The way we consume music is changing and there is an impetus on musicians to make their creations more multi-platform. You can feel this with You’re Dead, the visuals on the vinyl are incredible and the tour that accompanied its release was breathtaking to experience. It’s kind of like… DMT: The Musical!

This is one of my boyfriends records that I appropriated over time. My boyfriend’s passion is jazz guitar. When he comes home from work he immediately picks up the guitar and starts playing riffs from jazz standards. For some reason now, when he’s not around I end up putting this on.

Joe Pass is such a beautiful player. I don’t listen to instrumental soloists enough, but Pass always makes me feel incredibly serene. I like to believe that humming along to Joe Pass’ improvised lines is exactly like practising and I therefore get a smug sense of achievement by merely sticking on his records. Sorted.