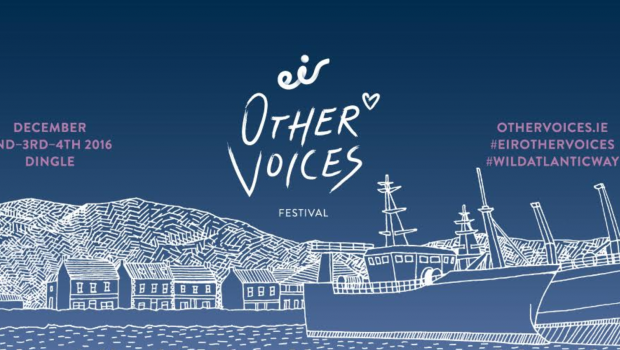 First Acts Announced for Other Voices 2016

Set to return to Dingle from December 2-4, the first wave of acts set to play this year’s Other Voices have been revealed. With more than seventy acts set to perform across the three days and nights, Lisa Hannigan announced that Rejjie Snow, Pixie Geldof, Margaret Glaspy, Girl Band and Kojey Radical will perform exclusive eir Other Voices performance in Berlin.

Speaking of the Other Voices announcement, Jon Florsheim, Chief Commercial Officer at eir, said: “There’s a really fantastic line up for the 2016 eir Other Voices Festival – definitely something to suit all musical tastes and with many more musical treats to be revealed. We’re delighted to be involved in this year’s Festival – it’s such a great event for showcasing talent from Ireland and overseas and there’s no place more suitable as a music venue than the beautiful town of Dingle, with its rich cultural heritage and world renowned hospitality. Stay close to our eir Facebook page in the run up to December as we’ll be running a competition to win a weekend trip to Dingle”.

Other Voices founder Philip King also said, “Other Voices in its 15th year celebrates the brilliant musical voices of 2016, from home and abroad. A rainbow of musical hues will play right across The Dingle Peninsula, at the most diverse TV recording session we have ever put together.”

Tickets for the filming of the TV show in St. James’ Church can be won through various online and media competitions so keep an eye here. All Music Trail and Banter events are free and open to the public over the weekend.