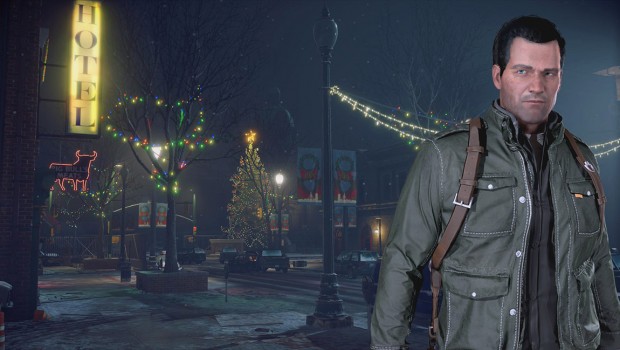 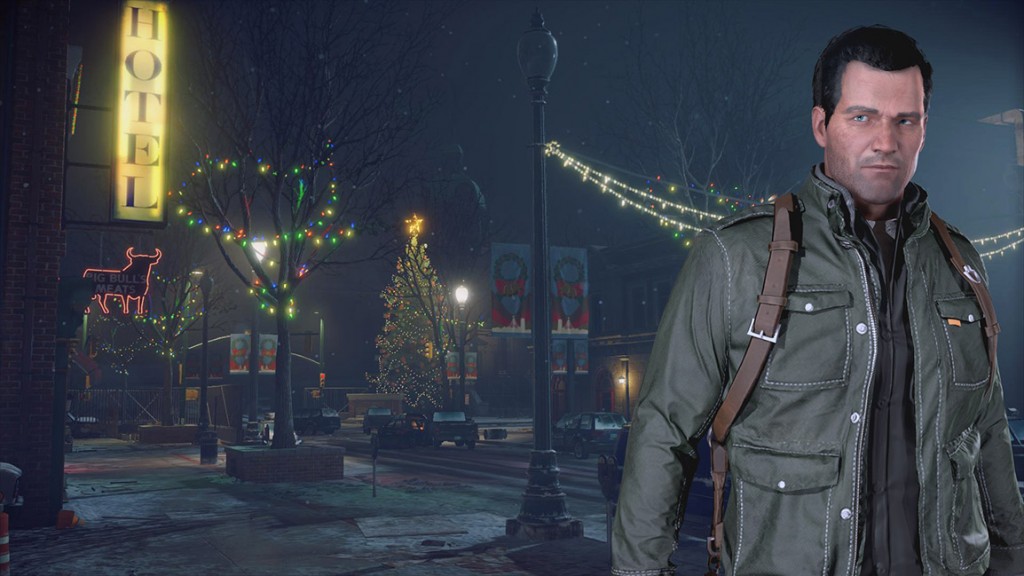 Nothing says knockabout fun like a zombie apocalypse! As unlikely as it might seem, this wilfully silly premise informs Capcom’s sequel, in which the hapless hero Frank West is once again drawn back to the fictional city of Williamette, which, for reasons too perfunctory to repeat here, has once again been overrun by the undead. Only one man, it seems, is capable of rerouting zombiegeddon, and that man is a jobbing photojournalist with more pithy quips than Ash Williams.

There are several things that Dead Rising 4 gets right. Firstly, the sheer number of the slobbering, groaning, shambling onscreen at any time is mightily impressive. Undoubtedly, there is a peculiar appeal in seeing so many walkers clogging up jewellery stores, toyshops, food plazas and the like – a throwback to the mall from the original game – even more so when these outlets are decked with brightly-coloured baubles, tinsel and miniature Santas. Ah yes, on this occasion, the end of the world has coincided with the festive period. Admittedly, such candy-striped décor might limit the game’s appeal post New Year, but there is no doubt that much macabre amusement is to be found in mowing down legions of zombies to a swing band rendition of ‘Jingle Bells’.

You can probably tell that we are not in Resident Evil or Silent Hill territory here. As with all of the previous Dead Rising games, the tone in the fourth instalment is largely preposterous – there is none of Romero’s vicious satire on consumerism here. Rather, the plot, acting and dialogue make no sense whatsoever, but then they make no claim to do so. If you are after a slick, cartoonish and occasionally poor taste jaunt in which the primary objective is to mush thousands and thousands of zombies, then this is the game for you. As before, the best way to deal with the dead is by creating combo weapons, and Capcom have outdone themselves with the sheer variety of skills to make the kills. Each of these ridiculous yet brutally effective contraptions has a pun-based name, many of which are seasonally themed. There is the “Holey Terror”, a laser gun that vanishes enemies into nothingness; “Deck The Halls”, which creates a shockwave punch not too dissimilar from something seen in Street Fighter 2; and the inexplicable “Jurassic Barf”. Each time you build something from the varied arsenal, Frank busts out another cheesy one-liner that is at odds with the blood and viscera splatting all about him. Capcom maintain this balance between a veritable smorgasbord of destruction and non-stop silliness for the entire game, and while at times it can grow a little wearing – there is only so much button-mashing you can do before your brain and your digits long for a break – there is primal satisfaction in mushing hundreds and hundreds of zombies, particularly when you don a power-suit. This is just one of many nods to Mega Man and Capcom’s entire back catalogue.

Interestingly, the designers have introduced a few major changes to the Dead Risingformula. The punishing time-based missions and prohibitive save points, no doubt introduced to appease an Eastern audience who like their games to be harder than Ray Winstone’s knuckles, have been excised yet the resulting campaign is arguably lacking in any serious challenge. Those who fell for the original’s slightly odd, deliberately thran mechanics might bemoan their absence yet for the most part the shake-up is a welcome one. Also, “Psychopaths”, the borderline offensive and certainly racially and gender insensitive bosses from previous games, have been replaced by “Maniacs”, run of the mill big bads who are just not as interesting as their predecessors. It is one of the more jarring changes to the Dead Rising tongue-in-cheek approach. While one can understand the decision to reign in the ludicrous caricatures that appeared in earlier instalments (a Vietnam veteran, a cannibal cook and a killer clown, for example) the relative normalcy of the new bosses, and the lack of melodramatic cut scenes introducing their arrival, feels at odds with the lunacy on display everywhere else.

Those misgivings aside, Dead Rising 4 is another well made, light-hearted and frequently fun episode in an increasingly gonzo franchise. It may not stir your emotions and you may feel a little guilty after indulging in a few hours of mindless zombie slaying (“sleighing”, to use another of the many puns) yet that’s okay. There’s nothing wrong with that. Presumably, you would not buy a Christmas-themed horror game in the hope of a treatise on existentialism. No, you were looking for a way to strap grenades to a sledgehammer and sock the undead right in the kisser. On that alone, mission accomplished. Ross Thompson