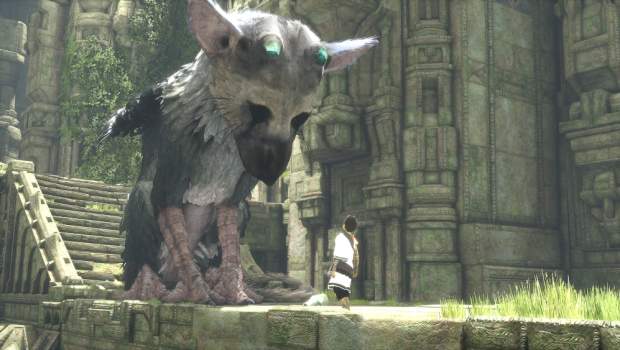 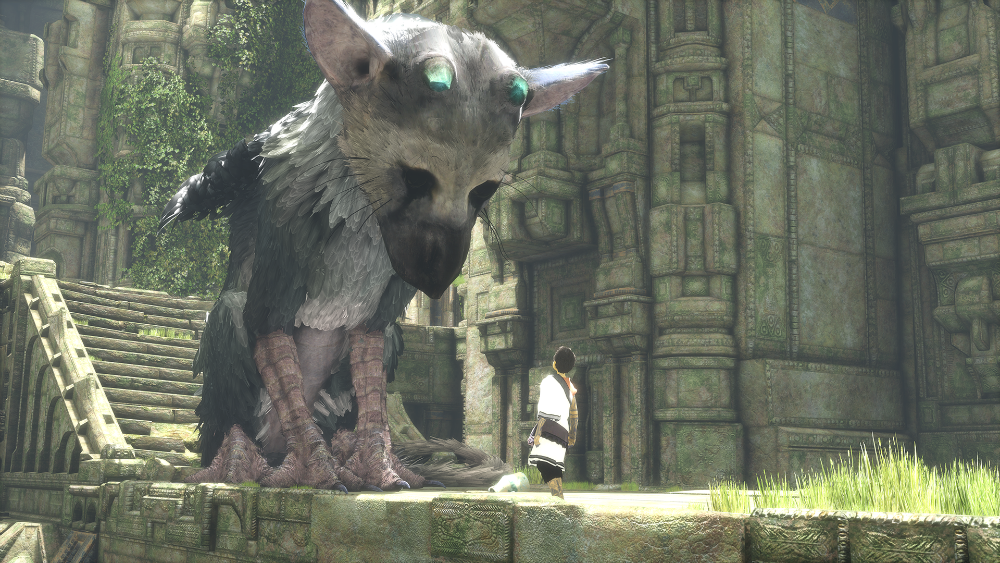 For many years, the latest release from Team Ico was an industry legend, a Keyser Soze spook story that was told and retold at conventions, games expos and in occasional “Where Are They Now?” articles. Yes, there was the occasional screenshot and the whispering of a plot synopsis but aside from those scant details, no physical product appeared and no firm release date was forthcoming. This, of course, is not unusual. Famously, Resident Evil 2 went through multiple iterations and false starts before its final, universally lauded form. Platformer Fez, as documented in Indie Game: The Movie, endured a protracted and torturous development cycle before it eventually emerged, blinking, into the light.

And now we have The Last Guardian, which has also been refined by fire and honed by years of blood, sweat and hair-pulling. Like its spiritual predecessors Ico and Shadow Of The Colossus, this is a beguiling title that dares to tell an emotive story that develops and deepens over many hours. There may not be shooting or zombies – or indeed, shooting zombies – but there is a fable of cinematic scope that draws you in slowly and surely over the course of its narrative. As with the likes of Journey, this story is told through suggestion and symbolism rather than exposition. It concerns an unnamed young boy and Trico, a giant bird dog hybrid creature that you discover wounded and shackled and with whom you develop a symbiotic relationship as you solve puzzles together. Trico can stomp enemies and make balletic leaps while the boy can crawl through tight spaces and manoeuvre objects. This rapport brings to mind other titles such as The Legend Of Zelda: Ocarina Of Time, Banjo-Kazooie or Resident Evil 0, where two characters must co-operate in order to make progress. The difference being that you do not control Trico, which emphasises that it is a sentient yet feral creature with its own mind, and sometimes a stubborn one, who might respond to commands but will occasionally do its own thing. Anyone who owns a pet can empathise with what it means to look at a creature with its head cocked slightly to one side, its eyebrows raised quizzically, as it tries to decipher the meaning of your last instruction. The Last Guardian taps into the psyche of the companionship between humans and animals, and it does this very well.

And what an impressive animal Trico is: with glowing eyes, whispering feathers and bat-like ears, he takes up a significant proportion of the screen, and its posture and expressions clearly indicate its mood at any given time. There is also the clear sense that Trico is dangerous, which gives the gameplay an edge reminiscent of, say, How To Train Your Dragon.

Then there is the architecture. In order to proceed, the boy and Trico must scale a series of crumbling spires, bridges, towers, temples and so on, which have the appearance of centuries of wear and abandonment. Some of your environment looks beautiful: for example, the way in which the sunlight breaks through a gap in the ceiling, illuminating dust motes, stained glass windows or patches of grass. There is a clear influence of Eastern mythology and art in the setting, which is one of the game’s most appealing elements, and the visual interplay between indoor and outdoor elements is striking.

There are, however, some issues with the placement of Trico and the boy in these environments, and when their interactions do not quite gel. Context sensitive puzzles are sometimes inconsistent, and frustratingly so. There are times when either one of the characters just will not do what they are supposed to do, or indeed when it is unclear what exactly you are meant to be doing. Some might dismiss as the complaining of namby-pamby Western gamers who want all game elements to be spoon-fed to them with no sense of challenge or mystery, and to be fair this is a valid argument. Less defensible is the issue with frame rate, which drops significantly when too much is happening onscreen at once. One suspects that this is a casualty of the transfer from PS3 to PS4 during the development process but for the most part those flaws are hidden.

Inevitably, there are areas in which The Last Guardian buckles beneath the weight of expectation. How could it avoid it, given the unfortunate length of its gestation period? That aside, if you allow yourself to be won over by a different pace and invest fully in its rhythms and the charming friendship between the boy and his beast, there is much enjoyment to be found in this nostalgic tale. Ross Thompson