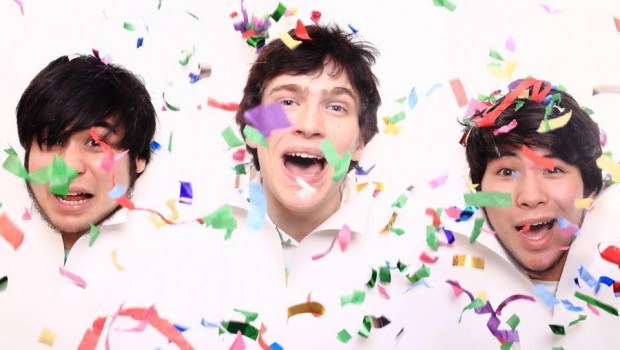 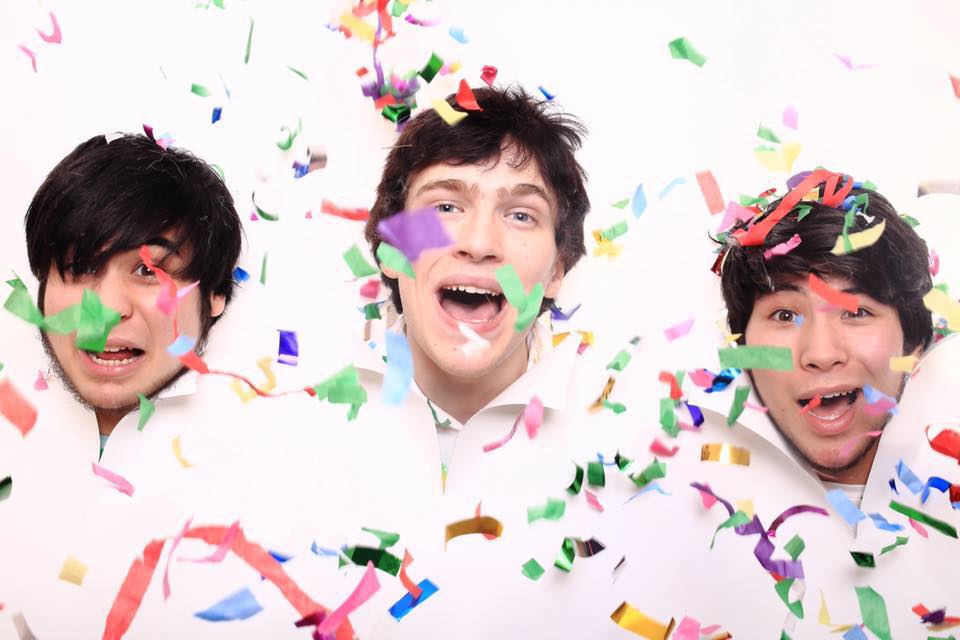 Foreign Owl is a band whose members have found their musical home in Derry by way of a protracted route through the Southern prefecture of Fukuoka, Japan and the mean streets of Burt, Donegal.

Members, Eoghan Donegan (Guitarist/Singer), along with brothers Míchéal (Bass/Singer) and Ciarán McCay (Drums/Singer) struck up a friendship after meeting at Japanese drumming (Taiko) classes in Derry.

What started out as a mutual appreciation of film, soon germinated into a real desire to express themselves through music, inspired by their surroundings, art and Japanese culture.

Along the way, Radio Foyle’s Stephen McCauley has championed the band by giving them airtime and putting them forward to record single, Like a Beast, for BBC Introducing.

When some bands say they don’t have musical influences, you tend not to believe them, but Foreign Owl genuinely sound like a band unburdened by the shackles of imitation.  They transmit an infectious carefree zest and sense of fun through their music/videos.

Lyrics are abstract and songs textured, bringing to mind musicians like The Fiery Furnaces and St. Vincent, who in both cases tend to approach music with an open mind, blindsiding listeners as they experiment with rhythm and structure beyond traditional constructs.

On Flawed they showcase the aforementioned characteristics, the song simmers along as Eoghan sings, ‘the blood that runs in these veins is red wine, with everlasting faith,’ before reaching a crescendo as the chorus kicks in.

Last year Foreign Owl embarked on a spontaneous mini tour of Japan, in the coming months they play shows in Belfast and Derry, and have an eagerly anticipated single release – Jump.

TTA caught up with the band to find out more about their plans.

First of all, who are each of the band members, and how did you meet?

I vaguely knew Ciaran for most of my childhood as we were both home educated. Ciaran remembers me more and he said I looked like a dick.  We met properly through Japanese Drumming in Derry (ibuki Taiko) we became instant friends.  Me, Ciaran and his brother Micheal, started making short films and funny videos together in Ciaran and Micheal’s house. It wasn’t long after that that we formed the band

Where are each of the band members from, did you grow up in Derry or the surrounding area?

Well, Ciaran and Micheal are from Japan, Fukuoka Prefecture, and I’m from Donegal, so I suppose our average our distance from Derry is somewhere in western Russia.

What attracted Michael and Ciaran’s family to Ireland, and does your Japanese heritage inform your music in any way?

The Japanese economy and our mother loved Ireland is basically why we moved.

We all listen to Japanese music so in that sense, yeah it would influences us.

The culture and art of Japanese inspires all of us so although we don’t draw any direct influence from Japan, it’s part of who we are so it must make its way in there somehow

When did you form Foreign Owl, and can you say anything about the inspiration for the name?

Foreign Owl formed about, 4-5 years ago. It just started as something fun to do, and it really quickly became our only goal in life. we’ve grown since then, but the band has stayed a very important thing to us all.

We talked about a lot of names, the idea came from “For an owl” as in the music is good for owls, or a gift to owls. We settled on Foreign Owl as 66% of the band is foreign and people from around our neck of the woods can’t say it easily. We like that.

They think we’re called “for now” whenever we say the name.

Your style seems quite abstract and off-the-cuff, can you share any influences, in music or otherwise that informs your sound?

We didn’t really have any major influences at the start. We wrote our own songs from the very start, and we just wrote what we wanted to write. Individually, we are all influenced by music we like, but when to comes to the band, we don’t actively compare or seek to be influenced by other bands.

We all loved Alt-J’s “An Awesome Wave” so Id imagine that had some effect on us. Right now me and Ciaran are listening to a lot of Radiohead. Micheal’s into Childish Gambino.

Our music is more influenced by ourselves as people as opposed to other music. our desire to improve as musicians, our curiosity in writing a new song, or even just trying to express anything that’s going on in our lives at the time.

There seems to be a number of bands emerging from Derry recently, with very different styles, as one of those bands are you excited about the local music scene?

I love being part of the Derry music scene.

We know loads of people from other bands personally and everyone gets on well together. It’s a nice place to experiment and be yourself in, which makes for good music.

Have you released any singles/E.P.’s yet, or are there plans to do so in the near future?  If so, would it be recorded at a studio in Derry or elsewhere?

We’ve released two of our songs with the help of two different producers, and we did a live performance for BBC Introducing.

Recording’s a tricky thing for us. We can’t just play the songs in a studio and expect them to turn out right. They require a lot of thought and care to get the most out of them. It’s most noticeable if you compare the live version of Like A Beast with the recording. Same song, but the recording has a life of its own (thanks to producer Rory Moore – of Strength and formerly Red Organ Serpent Sound).

We’ve experimented with recording in a lot of different ways and I think we’ve found that we work best if we work with a producer that cares about the song and wants to get the most out of it. To us, there’s a big difference between live shows, album tracks, and a live recorded performance.

I believe you just performed for BBC Introducing, how did that come about and what was the experience like?

We went on a tour of Japan in the autumn of 2016. Stephen McCauley debuted Like A Beast on his show, so when we got back, he put us forward as the band that the local college (NWRC) would record a live set for BBC Introducing. It was a lot of fun.

It was great to try and capture the live side of our music and I’m really glad that the live video has had a big a splash as it has.

How did the tour come about?

The Japanese tour was kinda organised because our friends were having a music festival and they asked if we could come over and play, at first we were nah there’s no way but after we thought about it we were kinda thinking, maybe we might able to do it, so we asked our parent’s friends to see if they knew a few places that have live music and we just kinda went on the tour. We worked our butts off for 3 months to make it happen.

The places we played were:

YR has a really interesting vocals and lyrics, what was the concept behind that song?

YR is a song I originally wrote, and then brought to the band. The song is primarily about my own personal discomfort with organised remorse. Funerals and that.

Where was the video for Like A Beast recorded and are there plans for any new videos?

Like A Beast was recorded and produced by Rory Moore in his space in Rosemount Factory. It was very D.I.Y and Rory really helped bring out the best in that song.

Recently, our love for film making has resurfaced. That was what brought us together in the first place. We are always thinking of new video ideas and things we want to do. Ideally, I’d love to have a video for every song we write. Visuals can add so much to a song.

Finally, I’ve seen that you’re playing along with TOUTS at the end of April for their E.P. launch, are there more shows coming up and what are your aims as a band for 2017?

Right now we are in the planning stage for this year. We took a bit of a break after Japan so we are gearing up for this year. Things are starting to kick off, and we’re really looking forward to what this year will bring us. If you asked us at the start of last year, “do you think you could do a tour of Japan this year” we’d say no way. But we did, so I’m hoping I can say a similar thing looking back on this year.