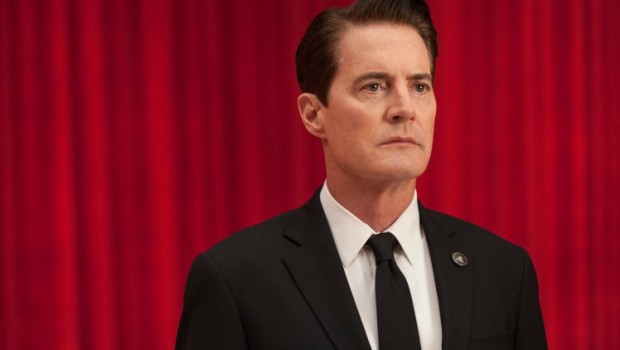 Is It Happening Again? David Turpin On The Uncertain Return of Twin Peaks 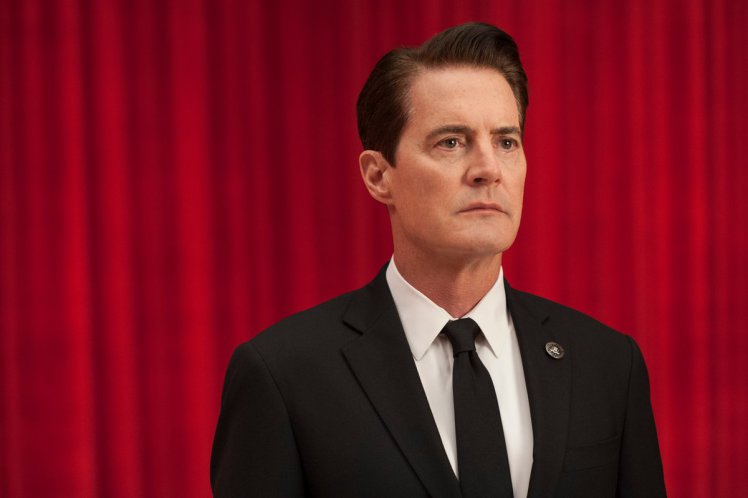 It’s hard not to feel sympathy for anybody who ‘binge watched’ Twin Peaks in anticipation of the much-ballyhooed revival that began airing on Showtime / Sky Atlantic this May.  Seven episodes long and broadcast in the spring/summer of 1990, the first series is still the best serial drama ever made – an enchantment emerging from the attrition between soap opera surface and the febrile imagination of co-creator David Lynch.  It was humorous, slyly erotic, sometimes terrifying, and occasionally profoundly moving.  Following its progress into the gradually more dispiriting second series is an experience that can only be described as heart-breaking.  From early, intuitive brilliance, Twin Peaks meandered – via an ill-advised mid-series revelation – into a clunking self-parody, flailing about in a welter of half-baked plot strands and grating comic ‘bits’.

This is why the return of Lynch (and co-creator Mark Frost) to the material a quarter century later is such cause for celebration.  Whatever else it was – and it was many wonderful things – the 1990-1991 Twin Peaks was ultimately a botch.  Revisiting the material represented a chance to right a wrong, to fulfil the promise of the first season and to compensate for the befuddled deflation of the second.

Of course, Lynch had already returned to the material in 1992, with the divisive feature Twin Peaks: Fire Walk With Me.  Although it jettisoned many incidental pleasures, the film emphatically cracked the problem of how to revive Twin Peaks after the central mystery of Laura Palmer’s death had been let out of the bag mid-second season.  In its place, it asked an even deeper, more troubling mystery:  not ‘Who killed Laura Palmer?’ but ‘How did it feel to be Laura Palmer?’  Given that Laura was a victim of incest and filicide (the dark heart of Twin Peaks that tends to get obscured behind the coffee and pie), this was an experience that many found deeply uncomfortable – hence the longstanding reputation of the film as an insult to the series’ fans.  And yet, Fire Walk With Me stands as a work of breath-taking imaginative empathy.  The clue to its power is contained in the title: “Walk with me”.  We walk with Laura – a person undergoing inconceivable psychic suffering – and we accompany her to what was, until now, her final destination.

It’s foolhardy to make a judgment about the revival after only five episodes, but the good news is that it has little in common with the addled and flyweight latter episodes.  The other news – not necessarily ‘bad’, but not particularly ‘good’ either – is that it also has little in common with the earlier instalments, or with Fire Walk With Me.  The central thread that seems to be emerging is a kind of picaresque odyssey, as the displaced Agent Cooper (Kyle MacLachlan) travels cross-state (both literally and metaphysically) in order to return to the eponymous hamlet.  That means that a great deal of action has not taken place in Twin Peaks itself, but rather in New York, Las Vegas, Reno, etc.  The scope of the story is impressive – but it feels broad yet shallow, almost antithetically to Fire Walk With Me, which felt narrow but deep.

Stepping away from Twin Peaks itself means that one of the most striking aspects of the original series has yet to manifest:  its sense of the inhuman otherness of the natural world, through nominal ‘establishing shots’ that carried as much weight as the action they bookended.  The revival has included a few sinister-smooth tracking shots through leafy forests, but thus far its most striking location shot has been a nocturnal view of New York City – a switch that testifies to the increasingly sulphurous urban focus of Lynch’s later films.  Indeed, Lynch’s later films seem to be the mood-board here, with the opening episodes directly quoting (or recycling) from Lost Highway (1997) and Mulholland Dr. (1999), while the overall structure most readily recalls Inland Empire (2006).  The difference between the Twin Peaks revival and the latter film, though, is that Inland Empire is anchored not only by Lynch’s directorial control but also by an extraordinary central performance from Laura Dern, while the series is guided only by the former – acting largely being a peripheral concern.

In its first five hours, the revival hasn’t really been about anything other than the unique privilege of being Twin Peaks, the sanctioned outlet for ‘weirdness’ on television.  Much was made, before the series began airing, of how the freedom of cable (as opposed to the original’s broadcast model) would liberate Lynch to operate autonomously.  That certainly seems to have been the case, for better (see: the exquisitely Eraserhead­-like opening section of the third episode) and for worse (the parade of interchangeable women who appear just long enough to be stripped to their high-waisted panties before being splattered in full ‘premium TV’ detail).  The result is that the new series lacks the productive tension of the original – in which Lynch’s imagination forced itself out between the cracks of the soapy surface, just as the terrible crime at the story’s heart demanded to be heard, even within a community that lacked the will, or perhaps even the ability, to acknowledge it.  It’s nice for Lynch to be able to do exactly as he pleases – and it’s nice for the cult of personality that has grown up around him to see him indulged in this fashion – but, thus far, it’s making for a curiously flat experience. David Turpin

David Turpin is a musician, screenwriter and occasional academic. His web-site is www.thelatedavidturpin.com. 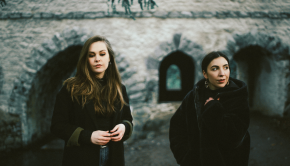 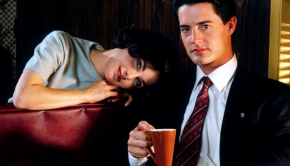