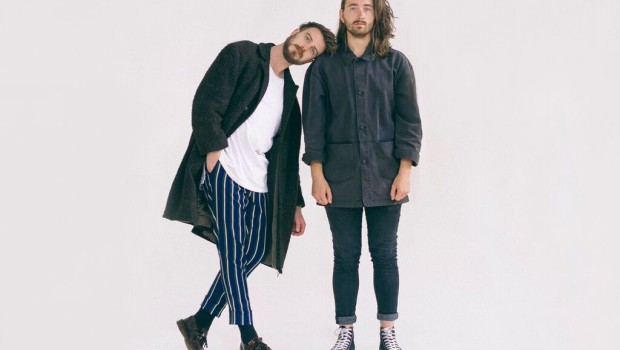 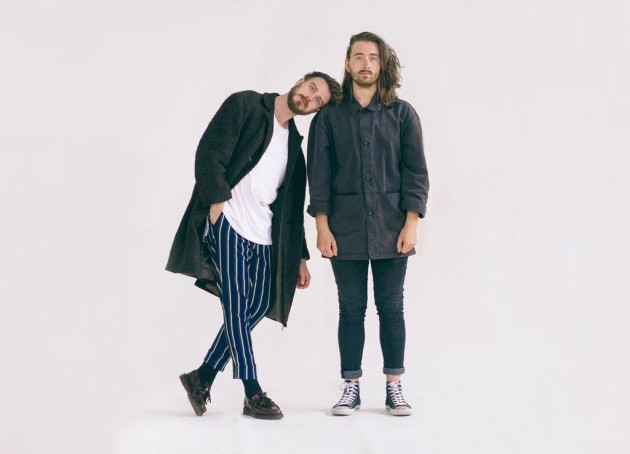 En­ough tears have been shed over the once-fertile, in-breeding Belfast music scene – or more specifically, a certain strain of D.I.Y. post-hardcore that was once ubiquitous in the wake of Brand New and Reuben’s premature breakups – led by young, hungry outfits like More Than Conquerors, who quite successfully married that sound with an astute ear for a hook, delivered by the gilded throat of Kris Platt. Everyone in that band went their separate ways almost exactly two years ago, following not much shy of a decade together. All things, however, must pass, and since then, the landscape has drastically shifted. Named Blue Americans, Platt and his former MTC bandmate Danny Ball have formed a new, completely self-contained project, self-written and produced.

Poetically enough, in ditching the guitar he once wore alongside Kris, Danny Ball has made the move into production and delivered a more ideal foil for Platt’s sensitive vocal – one always tipped for chart-botheration – than even raucous guitars ever did. The results are lush, modern pocket symphonies that we’re delighted to premiere the first of – with parallel more releases planned for the next two months. ‘Bull On Venice Beach’ and ‘Holy Goo’ are released through the band’s own Oiltape Records – whose fitting first release was the second and final …Conquerors album.  The single comes adorned with some beautiful artwork inspired by the golden era of Columbia Records, a la Miles Davis’ Bitches Brew, courtesy of long-time friend and Belfast-based artist Glenn Kennedy.

Following the dissolution of the band, Kris lived in Paris for the better part of a year, and had very few plans to return to either of his lives. ““When I went away, I didn’t want to play music, that was kind of the end of it for me. I didn’t touch a guitar for 4 or 5 months”, but something happened, and the pair had time to re-evaluate their life in music. Kris explains, “The thing I was aware of when I started this band was that before, we never took a holiday in 7 years. No one did, because ‘Maybe we’ll get this’. But you realise when you get older that you just can’t do it. This can’t be every waking moment because it’ll kill you.” “It’s a horrible existence”, his fellow inmate Ball agrees. “Obviously music is a big part of our lives but there’s so much more you have to do.”

“Then I came back, and I said I had this thing I really wanted to do and have Dan involved. It was a couple of songs and it sounded a bit like More Than Conquerors, because I was writing on guitar again. But then we just started experimenting with sounds.” Danny interjects: “It was probably only in the last 6 months where we realised that ‘Alright, this is the craic – we know what we sound like now’.”

So, how did the songs come to fruition, while both were separated for quite some time by land and sea? “Over the last year we’d been writing. Dan would come over to Paris and if I was here we’d do it, but that was the thing – it got quite difficult.” Dan elaborates: “It’s a frustrating process, especially because Kris had a bad internet connection. It was hard to get in touch. He didn’t have a phone for a long time and I’d send him an idea and a week after he’d be like ‘I hate it’ – so that’s a weeklong process, just to find out if he likes a tiny little idea that could maybe be a song.”

That might seem harsh, but it comes from a place of respect. That level of brutal honesty is born out of almost a decade of writing together, to the point where the pair have very little, if any, filter between each other, much to the benefit of their shared creativity. Kris says of Dan’s production, “Mostly it’s him being the guy genius behind it; My Logic skills are not as good as Dan’s Ableton skills are, so I was kind of wary of sending him stuff, then when I did, he said ‘Look, don’t take this as an offence, but you have no idea what you’re doing, so keep not knowing what you’re doing because you end up with the weirdest things.’” And approaching it partly through chance can yield incredible results, much like how the Talking Heads’ ‘This Must Be The Place’ famously happened via the four writing outside of their first instruments. That naiveté can give rise to an alchemy, a sentiment with which Dan agrees. “I kind of know what I’m doing on Ableton, but I’m not fully in-the-know, so I do a lot of random stuff I wouldn’t normally think people would think of; because a lot of people set rules on how to work a program, or play a synth, they fall into some habits.” Dan points to the similarly experimental Brian Eno & Boards of Canada as some touchstones for his sound.

The term ‘Leftfield pop’ will undoubtedly crop up around the band, as they’ve keenly observed what’s been happening in its successful assimilation of every conceivable genre over the last couple of years. Kris singles out one moment of clarity, when the right circumstances aligned: “I was in a club, and Beyoncé was playing. I was so intrigued. I texted Dan: “beyonce’s on, she’s got like this thing where there’s loads of different parts of the song, no chorus. it’s amazing. we should do that.”

“Something has happened in 2016 & 2017. For me it was Jay Z’s Magna Carta Holy Grail, and then QOTSA’s …Like Clockwork [which has been arguably topped in popular acclaim again by the Mark Ronson-produced Villains] then Beyoncé’s album came out, and it was this new way of writing music, where there maybe was no chorus; there were just so many different parts, movements here and there. Now Kendrick’s done it as well with To Pimp A Butterfly and DAMN. So, in 2017, we definitely exist, and I’m happy to exist in 2017.” In embracing these non-traditional pop structures, Blue Americans are free to venture and tread lines that would have previously been deemed ‘not punk enough’. “In previous bands, we were so D.I.Y. or like ‘this is rubbish music, we need to do it like the old days’, whereas nowadays, we’re so present in what we’re writing and we’re totally content with it, because alongside things that are coming out now, we feel very comfortable.

It can be lyrical music, but it’s as much connotative as it is narrative, which again can easily be attributed to those gradually-more-frequent moments of unselfconscious liberation one gains with age. I posit that moving into your mid-‘20s marks a shift out of feeling the need to be in a clique. “That, and not being as much of an asshole”, he replies. “But there is something about Thom Yorke’s lyrics. In Everything In Its Right Place, there’s that line…” “…yesterday I woke up sucking a lemon”, Dan finishes – something that happens several times in each direction as our conversation goes on –  as Kris continues “I listened to that and it was basically like he allowed me to say whatever I wanted, I’ve had times in my life where I’ve listened to lyrics, or someone’s said something so out there, that makes me feel I can now say whatever I want. I feel I’ve come into myself a bit more, I’ve figured how I want to write. Before I’d have been weird and inconspicuous, but now it’s even moreso. We’ve been thinking about artwork and music a lot in terms of ambiguity. I’m not the kind of songwriter who will leave his heart on his sleeve so that everyone totally understands what I’m saying – it’s never been me.” 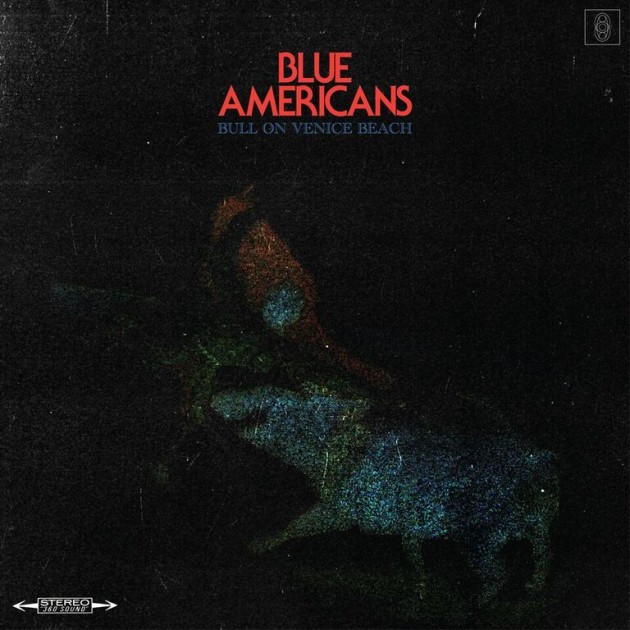 This feels apt, given that ‘Holy Goo’, with its buried, unintelligible vocal, is an unexpectedly dark underbelly to ‘Bull On Venice Beach’s bittersweet sunset festivalibility, both showcasing Ball’s increasing prowess as a manipulator of sound and Platt matching it for emotive heft. Its sounds are abstract, sometimes pulled from mangled guitar loops, once recorded naturally, to half-second snippets of a YouTube comment, and the ever-pervasive OP-1 sampler & sequencer makes a key appearance. It’s woozy, but it’s pristine, and infuses some of the melodic traits found in modern R&B in the way Bon Iver has throughout his career, bearing the somnambulant sound of someone pondering in a dusk European balcony, only to find they feel as lost in this new place of adventure as they did at home.

But is that accurate?

“So, Bull on Venice Beach is this idea of my life, through the eyes of a matador. It’s all drawn from real life. Venice beach started as a painting and I just started exploring it more with lyrics. Basically not really belonging anywhere, which is kind of how I felt while I was away in Paris and kind of just being annoyed by the whole human race, basically. Being a matador to a bull on Venice Beach is not a thing. We’ve been talking a lot about just creating our own little world, where people can come in and out, and they might not understand every word that’s being said, but they can feel it.”

It’s exactly the appeal that’s worked for David Lynch – we may not be able to accurately interpret it, or figure out exactly what he’s trying to communicate, but it triggers some deep-seated feelings that can’t always be verbalised, and while we might not know exactly what they’re getting at, there’s something universal that he’s tapping into. The arguably more sensuous of the two songs, Holy Goo, “was actually a story I started writing in Paris, based in Paris too – I was in Paris, I don’t know if you knew that” Kris says, dryly. “It was based on love, but my feelings regarding love are total confusion, like a lot of people. When you get to a certain point, everything’s going really well, there’s a kind of Holy Goo that spreads through your brain and makes you just freak out, get super depressed and just don’t want to be there anymore, and you ruin it.”

How does it differ, in terms of going from primarily a live band to a studio creation?

“It’s great, honestly. It’s just recording, trying to make this as sonically pleasing as possible. The idea of it being a live thing has been completely thrown out the window initially. We just want to make something that sounds incredible and we’ll figure it out later.” Kris explains, “It was the polar opposite for years, we didn’t write in the studio, and even when we tried to, we just couldn’t, so we had to write in our practice room, and now we’re totally free to do whatever we want, and then figure it out.”

After a lengthy period of learning and gestation, Blue Americans are at last ready to pool their resources and take the lessons they’ve learned, make their return and face the bull head on. “I think that’s why we gravitated towards each other, because I don’t think there’s been anyone who gets me and vice versa. Just understanding each other and knowing what each other wants and knowing how to get it. As friends we know each other so well, and musically we know each other so well; there are no barriers anymore. It’s been even less than 6 months since we’ve been finishing songs and getting them to the point where we’re happy and they’re ready for release. No-one was waiting for anything, we didn’t tell anyone what we were doing so we were like ‘It’s just us. We can finish this tomorrow‘”.

The video for ‘Bull On Venice Beach’ will premiere on September 14th. Stream Bull on Venice Beach/Holy Goo below: