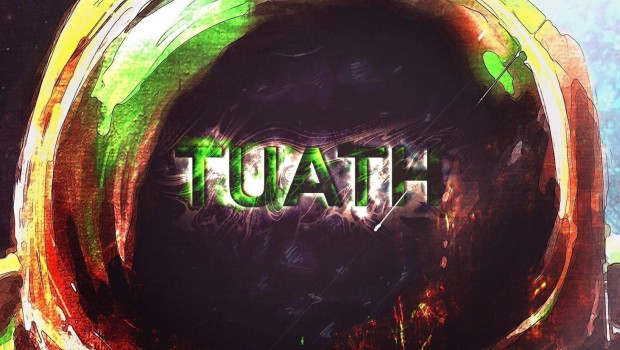 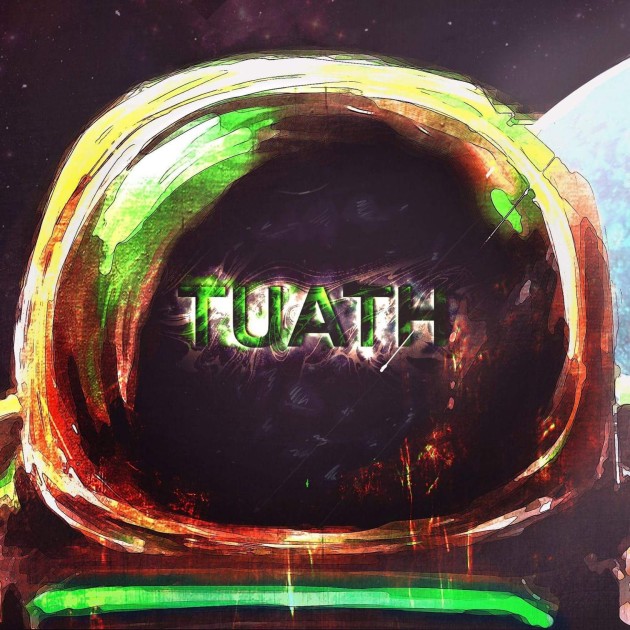 Arguably the northern province’s foremost purveyors of hepped-up-on-goofballs psychedelia, the bilingual Tuath, have a new single, ‘Cuz Why?!’ and we’re delighted to premiere it here.

As opposed to the usual shoegaze & trip-hop-laced excursions the band are used to – watch the video for their last single, ‘Youth‘ – filtered through frontman Robert Mulhern’s psychedelic lens, this song adds post-punk to their considerable palette. Mulhern has drawn a consistent thematic throughline through Tuath, of the questioning of accepted ideals & organised ideology. They continue to effuse their worldview with a half-maniacal cackle, half-nihilistic-shrug, helped along by its kitchen sink absurdist imagery. He says of the song:

“‘Cuz why’ is a response to hearing any bit of news on any form of media and realising how absurd and pointless it is to even try and make a difference when there are massive holes in even the most basic information. It’s also me questioning why the fuck everything is so stupid all the time, structurally.”

Honestly, we’re not sure that anyone in Ireland is doing what Tuath are doing in such an instinctively unfiltered, singular fashion, yet with such broad scope without the over-curation of self-image.

The video itself is taken from their long-forthcoming EP Youth, featuring an amalgam of live footage that includes almost everyone who’s played with the band at one point or another. The song was recorded in Dundalk by Scott Carlin, with additional recording by the band’s own Aengus & Robert – the latter of whom also mixed the single.