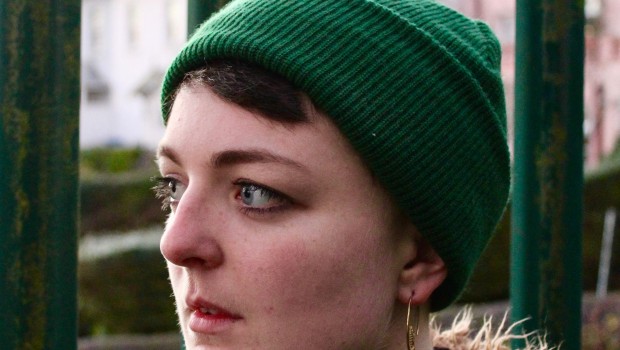 Women Are The New Men – Elaine Malone of HEX 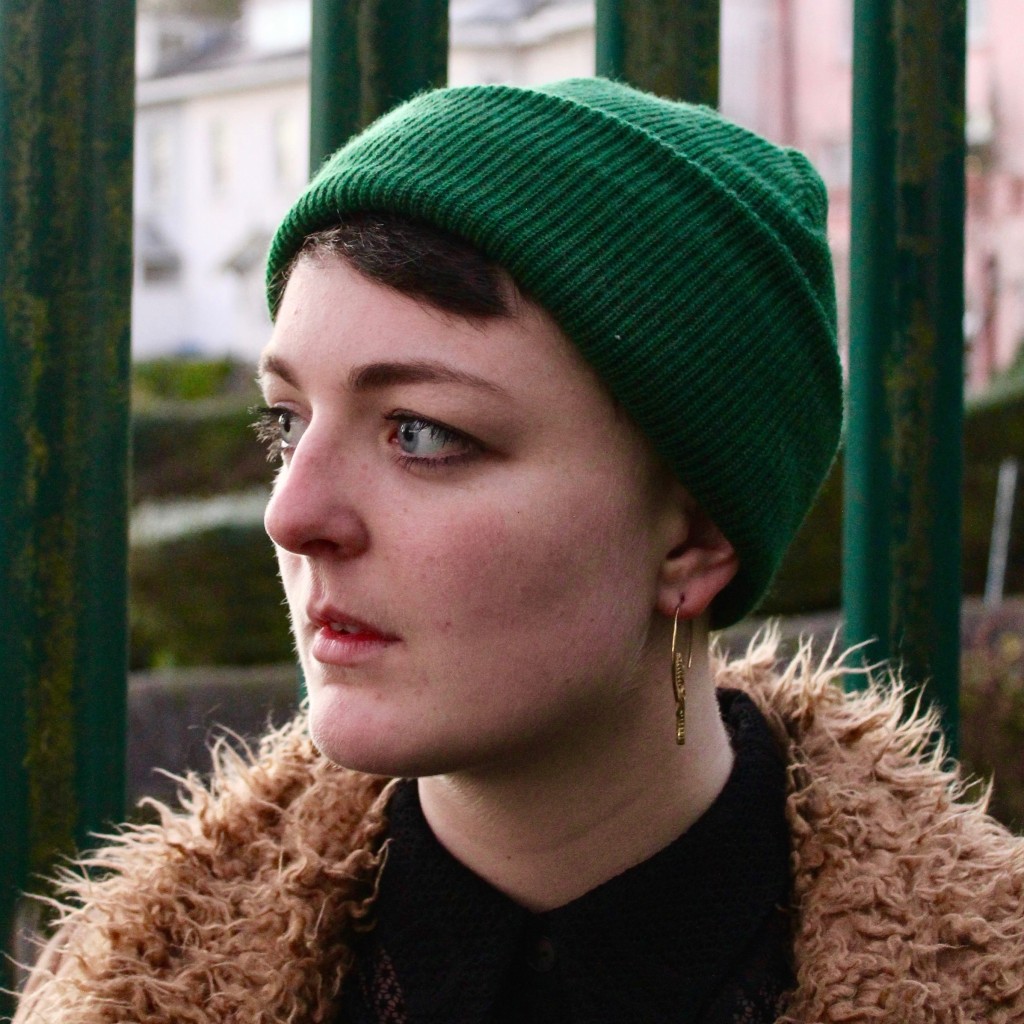 When I told my friend Donal O’Gara I was writing this piece, he came out with the most incredible sentence, ‘Women are the new men’. He’s not wrong. Starting tonight, March 8th on International Women’s Day there will be a four day Weekender, based in the Roundy, Cork. Each day there will be an Artist’s Market, followed by live music, performance art, poetry and some of the towns finest brunch and night-time Djs. The project has a dual purpose, promoting female artists and raising funds for the Rape Crisis Centre in Cork. The event has been a collaborative effort of strong women: Emma Kelly, Marjie Kaley, Izabela Szczutkowska and Francesca de Buyl Pisco. We’ve recieved an incredible amount of support from Jimmy Horgan (Plugd), the Roundy and an inumerable amount of sound folk. Some of the acts include Lowlek, Saint Caoilian, Dowry and Inma Pavon. (I’ll also be playing a very self-indulgent amount of gigs with HEX and my own band).

I’ve been fortunate enough in the last few years to collaborate with some incredible creative minds and start releasing music of my own. I perform under my own name, with all-female improv group HEX and punk/fuckwave band Land Crabs. I came to Cork from Limerick to study when I was 17. My long-winded MA thesis was titled “Sublime Flow: The Jazz-Poetic Origins of Early Intellectual Hip-Hop and the Phenomenon of Creative Flow”. I’d say about five people have read it. Writing about creative flow brought me to learn about improvisation. I’d often been to the Cork Improvised Music Club nights in Gulpd Cafe (R.I.P) and was repeatedly challenged and excited by what I heard. People like Dan Walsh have been super influential in what’s actually become an improvised music scene in Cork.  As a friend said recently, “No one writes songs in Cork anymore”. When it came to the time of Gulpd’s closing last summer, Anna-Mieke Bishop, Eilis Collins and I discussed our desire to be involved in its send off. Aisling O Riordan (Morning Veils) and Elaine Howley (Altered Hours,Crevice) joined in the following days and we had our first tremulous set. Our creedo for that night:

“HEX is a sound space and a space to make sound. HEX is Clean-cut sharp heartfelt mentally dissected bits of universality in the shape of a woman. HEX will exist for 2 hours and may or may not exist again.”

Thankfully it did. Soon after that we booked another gig and HEX started to become a legitimate project.  It was decided that it would just be women in the group, not to exclude male involvement but to allow a space for us to experiment, to sing, mess and fuck up too. It scares the shit out of me every time and I love it. On leaving college I had such a reliance on structure, critique and deadlines that it took me a while to set my own challenges. Learning to fail is a good one. Now, everytime we have a jam or play to an audience, absolute panic starts to get replaced by presence. At a gig once among the noise we reached a moment of absolute silence. That to me is where the soul of it lies. Sun Ra isn’t wrong, Space is the place. 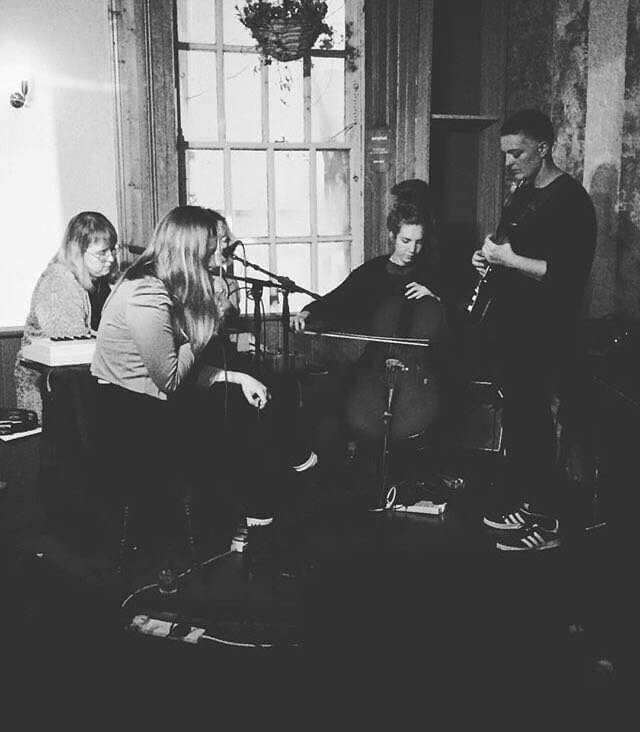 I had been the only girl in my class in primary school so I developed a strong sense of competition with boys. Thus was my prepubescent feminism. I got my hands on Nevermind in my early teens and I remember running home off the bus from school and blasting Territorial Pissings, dancing around an empty house. Through Kurt Cobain I found Bikini Kill and the Pixies. Springing seminal moments of Riot Grrl realisation in the forms of Kim Deal, Tobi Vail and later Siouxsie Sioux and Kate Bush. I was reading Sylvia Plath, Kerouac and anything that described the unfamiliar alternative. Any bit of solace from puberty in rural Limerick. Once I heard Patti Smith’s Horses and I knew that performing was all I wanted to do. I was enamoured with what those women did with their voices and forcefulness that challenged convential feminine ideology.

Musicians are objects of fixation (I’m guilty of it too), they are literally on a stage, facing an audience asking to be looked at. With that mantle there is an inevitable sexualisation of performers. Fuckability sells records, or so we’re told. Thankfully, the novelty of a woman in a band is waning. The legacy of female musicians is rich and powerful but still somehow less celebrated than men. There’s always been female singers but the gender gap in guitar players, bassists, drummers? It’s not like our hands are less able. I’ve seen men and women in the same band, sharing the same stage recieve different treatment. I was the only woman in a college society for a while and was dubbed ‘tits of the society’ on their website. Struggling to find the words to demand the payment you are owed for your work.

I know most of my male friends have nothing but love and respect for women. But it can often be an unconscious act of exclusion. So often a line up or band is filled with exclusively men. I’ve been the only woman on an entire line up several times. When women are a minority in a place it makes them feel less comfortable to occupy it and regardless of our age we learn by example. So instilling a sense of confidence and ability in our daughters is so important. Initiatives like Keychange that create gender equality in line ups will start making an environment for the next generation of girls to see that this should be the norm. A space for self-expression, where they’re not fighting to be heard. I can’t wait to hear all the cool shit they’re going to come up with. In fairness. 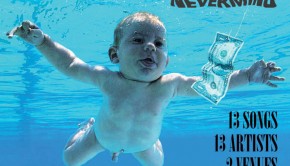 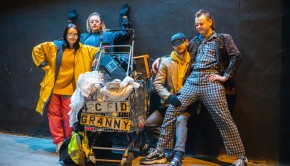