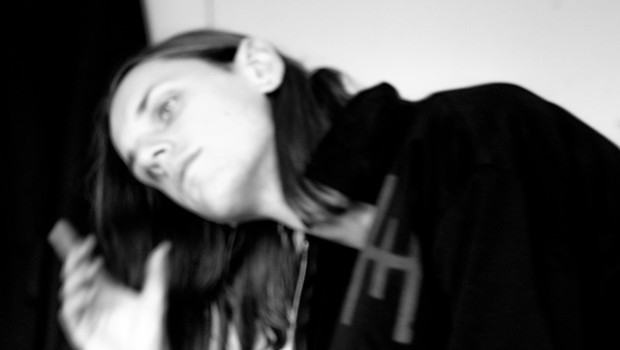 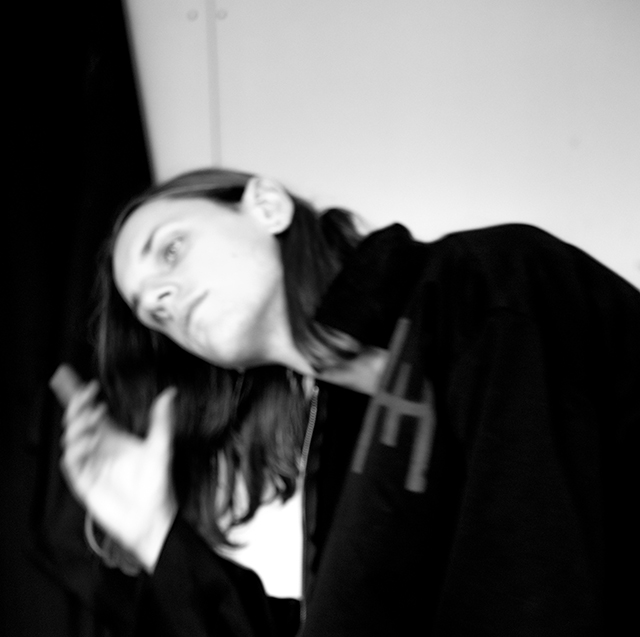 Porto-based, west of Ireland raised artist and musician Olan Monk‘s two EPs INIS and ANAM come paired with a single lyric each. They aren’t sung. In fact, they’re not heard at all. Nonetheless, he says, they’re the lyrics. They read as follows…

extend ourselves through rifts in place
multiple outcomes of wet decisions delusions made
and loves we lost on distant shores
breathing, being, mind less
Wanderer

nobody enters the second zone
there are always enough others to exist
you drift hopelessly through other people
the love they give is more than a geographic boundary
a feeling extends through the infinite flow
half submerged, you connect in, bliss out

It speaks to a an approach to art and music that is wholly unrestricted, allowing itself to thrive in its abstraction (effectively at that) for the sake of liberation. The former guitarist/vocalist of long-disbanded math-rock outfit Eatenbybears has gone done quite a bit in the past couple of years He moved to London, studied art, worked for revered UK electronic producer Actress in his studio, started a new collective, CANVAS, and released two enthralling, bleak, conceptual cassette EPs comprised of eerie, organic field recordings, distorted darkness and uneasy ambience.

Across INIS and ANAM Monk has showcased himself as a bold artist with a lot to offer, so we figured we’d catch up with now to catch up with the story so far…

Hey Olan. How’s it going? It seems you’ve been on quite the creative trajectory since Eatenbybears disbanded years ago. Can you catch us up on the journey that’s brought you to this point?

“Disbanded, deconstructed, moved to London, released other music, deleted it, made some more music, changed my name. Made an album, didn’t release it, worked for other people for money. Played some shows. Moved closer to the sea.”

More specifically, because both of ANAM and INIS seem to present themselves sonically, visually and textually as disparate projections of periods of time in particular spaces, when you look back on the creative process for each of these releases, what do you feel you were trying to communicate or understand?

Time as space. I was trying to communicate an environment, or an environmental shift. What it feels like to be everywhere and nowhere at once. Music that you play off your laptop in your room or music that you listen to on headphones on a night bus at 03:00AM.

As I understand it you’ve done a lot of visual work in the past, and these EPs have quite a visual quality to them given the use of field recordings etc. Is it something that you’ve consciously explored? Something you’d like to transfer into a live setting more? Or something more tangible like with the accompanying artwork?

I painted the artwork if that’s what you are referring to. Everything live is audiovisual. Even in complete darkness. I’m interested in letting those two things bleed into one. I’m not so interested in purity. Like pure sonic experience. I don’t think it really exists. I want this to hit you somewhere between your ears and your eyes. Something you both think and feel simultaneously. I think that approaching music visually or visuals sonically allows this kind of inter-sense confusion which is where occasionally something interesting can happen, something you don’t expect. I’m making music videos too, as usual. The two releases soundtrack experiences that never actually happened. This is something I’m trying to reflect in the videos. The music soundtracking a non-existent experience and then the video work retro-actively trying to create an environment in which the music can survive.

The contrast between ANAM and INIS seems to speak to notions of space, claustrophobia, liberation etc…. ANAM had this real density to it, a sort of introversion and inward anxiety. INIS meanwhile welcomes others in with Elvin Brandhi and Maria Somerville, and overall has as a greater sense of space and freedom to it. I guess what it spoke to for me as a listener was the feeling of leaving somewhere like London to go to somewhere like Porto? Was the spatial shifts in where you were working on these releases significant? How in general has all this relocation impacted you as an artist, as a person etc?

Yeah, that’s one way of reading it. It’s not about two places though. I didn’t live clearly in either place when I recorded each release. ANAM drifts between London and the West of Ireland, INIS between various non-studios & infinity. That feeling of introversion & space is real though. And also the isolated practice and the collaborative experience. If ANAM was an insular recording process, INIS was its opposing counterpart.

Collaboration is a large part of my practice. Trying to confront the other. Moving around a lot has allowed me to embrace a kind of weightlessness that comes with not having one distinct home environment. You stop collecting things and start connecting with people more. And you’re more open to embracing any opportunity to work with someone else in a new environment, these moments are both fleeting and crucial. I got used to having a practice that was made up of dislocated instances being constructed into something that resembled a whole. Framing dislocation in some kind of obscure narrative or composition.

Tell us about CANVAS!

It’s a label and event series. It embodies everything I just said about collaboration. It’s an attempt at collectivising and increasingly dispersed group of artists. Four of the core members all lived within 50 metres of each other at one stage so it’s trying to hold on to that feeling of proximity even though the artists involved now live everywhere & nowhere.

Working in Actress’ studio sounds like quite the experience. How did that come about? What was it like? Any particular anecdotes from that time you can share?

Once I was put in an uber to drive around London dropping off and collecting various working and broken synths for collection and repair. I learned a lot about the geography of London in relation to Darren’s cave of electronics.

What plans for the future? Will there be more live performances or installations in the pipeline?

Playing live anywhere we are invited to or we can invite ourselves to as C.A.N.V.A.S. in the near and less near future. Incoming is Lugh’s EP and my debut album which is on a hard drive somewhere waiting for an excuse to unearth.