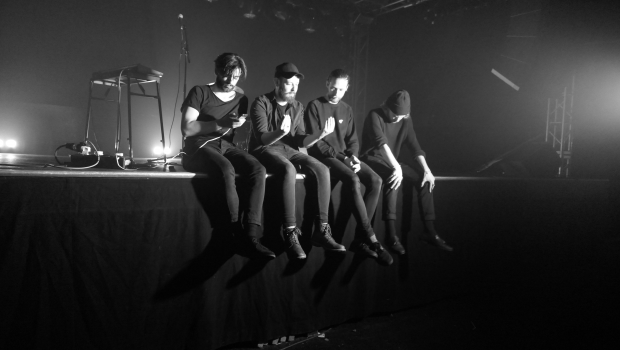 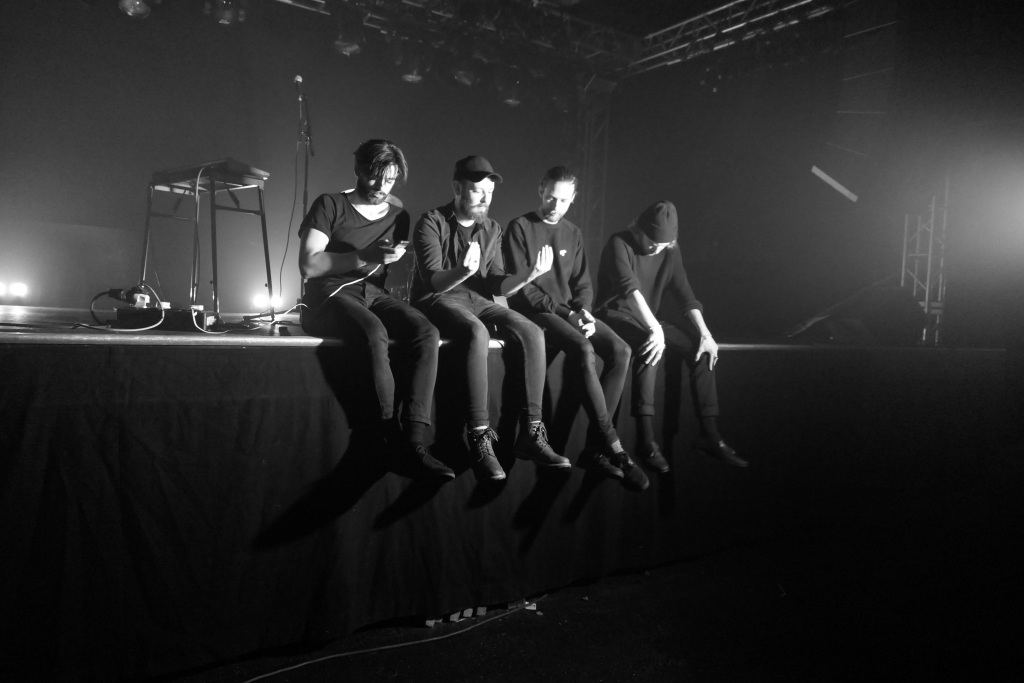 Off the back of their debut single ‘Takes So Long’, Paul Shevlin of London-based Belfast quartet ABQ (AKA Albuquerque) talks process, pressure, the power of the right producer and keeping up with the scene back home.

Hello ABQ. You have been playing together in different guises over the last few years, but the band still feels very new. For those of us not in the know, what’s the backstory to ABQ and what’s changed?

It was a fairly natural transition from previous projects to ABQ. We’ve all played in and around the NI music scene for years and when an opportunity presented itself for the four of us to get together and start writing and playing together, we jumped at the chance. The biggest change would be the sound that we’re crafting. We want to create a wholly unique beast but with the flavours of things that we’ve played around with in the past.

You’re a Belfast band based in London. There will always be pros and cons with that. What are they for ABQ?

Firstly, I suppose it’s no surprise that London scene is vast. Especially in comparison to our roots in Belfast. That vastness is in itself a pro and con though. There are always places to play, hundreds of gigs a week, amazing studios, producers, rehearsal spots… the city is just brimming with creativity and a passion for new music. The downside to that would be that it can be quite easy to get lost in the sheer scale of the scene. It can be a good problem to have for the most part, being spoiled for choice – but it certainly makes breaking a new act incredibly difficult. There’s a certain amount of shouting to be heard.

Your debut single ‘Takes So Long’ delivers an emphatic rock-pop punch. I get the strong impression you spent time getting it just right in the studio. Who did you work with and what was the experience like, capturing exactly what you had in your head?

The track was written and recorded in collaboration with a Swedish producer called Mats Valentin. He has worked on a lot of bands that we love and after getting together for a short session we came away convinced that he was the right person to take the reins with ‘Takes So Long’. The song came together remarkably fast. As soon as we started laying down tracks it began to take instant shape, which can be quite rare. We spent a few days finishing it in Mats’ studio in Stockholm and the entire process was, thankfully, painless. Mats is an incredible producer and we love what he’s done with the track.

Even off the back of one single, your sound betrays a lot of diverse listening. But what are the artists whose craft you all share a mutual appreciation for?

We have a very diverse spectrum of artists and bands that we listen to individually. The acts that have shaped our own sound are bands like Twenty One Pilots, Biffy, Imagine Dragons to name a few. We also have a shared, unashamed love of Sigrid. The songs she’s releasing at the minute are the very best of what writing pop music can and should be.

We suspect there’s another single or two set for release before too long. What’s on the horizon for the remainder of 2018?

We have an acoustic version of ‘Takes So Long’ that will be going out relatively soon as well as our next single: ‘Edge of the Earth’. I’m particularly excited for ‘Edge’ to be released. It’s my favourite song to play live and really builds on the energy of ‘Takes So Long’.

Needless to say, the music industry is a congested one, brimming of artists vying to make their mark. What do you think sets ABQ apart?

The craft of songwriting has always been something we have strived to become better at. Without the right songs a producer can add as much magic as they want and the tunes will still be no better. However, start with a song that the writer has an emotional connection with and whether it’s played in a stadium with an orchestra backing it or by one person and a piano, it will always be the clear winner. That’s what we aim for with ABQ. We always try to write songs that we feel a connection with and aim to channel that passion live and through our records. So far the response we’ve been getting to our live shows has been overwhelmingly positive and I can’t help but think that this is part of the reason.

There’s a huge, often unseen pressure on unsigned artists to make strides, and to be seen as impervious to weight of the industry. Do the lyrics to ‘Takes So Long’ confront this, or is it tackling the much broader sense that things can often be overwhelming?

‘Takes So Long’ is at it’s heart a song about deep frustration and somehow overcoming that feeling. I wrote the lyrics during one of the many lows that occurs as a struggling artist and it wasn’t so much a blast against the music industry, but rather it was a song wrote to champion myself out of a pothole and to get me back on my feet again. I’d like to see a lot more unsigned artists taking risks with their music and talking about the various pressures that are part and parcel with making a career in this industry and hopefully Takes So Long can be part of that conversation.

Presumably you’re still well-connected to what’s happening back home. Which Northern Irish acts are catching your ear at the minute and why?

We recently played a Northern Irish showcase at the Great Escape Festival, Brighton and shared the stage with some incredible acts. It was my first time seeing Lilla Vargen live and she was outstanding – her voice is just fantastic. Joshua Burnside is someone that myself and the other lads in ABQ have played alongside in the past and he just keeps outdoing himself every single time. He’s a genuine quality act that should have been launched into the musical stratosphere by now. Finally, TOUTS were such a fun band to watch play. It made me nostalgic for the days when playing in a band was literally just about playing in a band and nothing to do with putting food on the table (not that they’re going to have any trouble making any dough). They have so much fun doing what they do that the audience are just sucked in and have to get just as involved. They’re brilliant.

Finally, when you’re headlining Glastonbury in 2021, what will be on your rider and who will be at the top of your guestlist?

I think we’d have to have the entire menu of the Indian restaurant Dishoom, banquet style in our green room. It’s my favourite place to eat in London, hands down. Second on my guestlist, right after my soon to be wife Jenny, would be Stephen King. I’m going to assume that by then we’ll be best friends.

Keep up with ABQ here