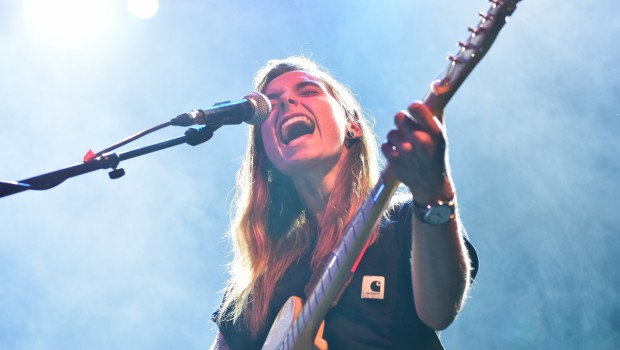 A Series of Unexpected Surprises: An Interview With Julien Baker 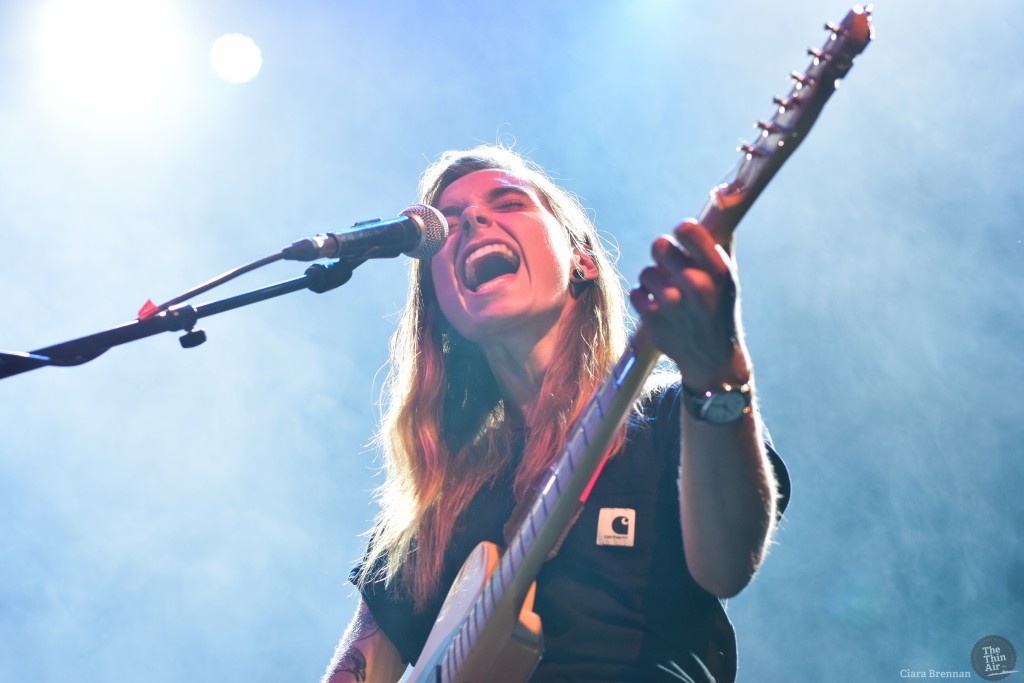 Speaking to Julien Baker feels like talking to your friend in a bar. Her unassuming nature and down to earth discussion can almost make you forget what a successful, accomplished person you’re dealing with.

Despite being only 22 years old, Baker has managed to forge an illustrious career with her emotive, gentle indie rock. Having shared stages with the likes of Death Cab For Cutie and Paramore, with two critically-acclaimed albums already under her belt, she is humble about her success. “I try to be personally aware that any response to the record at all has exceeded what I expected,” she says. “Basically, my entire music career has been a series of unexpected surprises. I try not to get hung up on a certain idea of success or chase after specific accolades. I just make music and try not worry about whether it’s well received or not. Not in a way that I’m trying to be contrarian, obviously I was a bit nervous after putting out a record and having it to well that people wouldn’t like the second one but I try not to read too much press or worry about the sizes of the rooms too much. As long as I can sustain a living and can continue to put out records I’m more than happy with the response.”

Baker’s musical brand so far has been built around earnestly told tales of loss, addiction, mental illness and struggles told in a poetic but still human way. This earnestness is evident in the initial assumptions she had that her debut album wouldn’t sell well. “I made it without those aspirations – I wasn’t really crafting it with a strategy,” she says. “It wasn’t very meticulously put together but maybe that’s why it was able to connect with people. I just wanted to write songs about how I was feeling to try and make myself feel better. I did the same with the most recent record and I hope to the same with all the records that I put out.”

One of Baker’s most endearing qualities as an artist is her role as a fallible narrator. Her work so often delves into topics of heartache, loss and introspection however unlike many of her peers she doesn’t treat the subjects and people tied to her despair as villains or heartless perpetrators. Consistently her lyrics look at her own flaws and the part she plays in her own destruction. Songs like ‘Even’ cast a brutally honest light upon her negative characteristics with a maturity and self awareness. ‘Appointments’, a song related to the impact her mental health has on a relationship, could easily sink into villainizing someone for not being able to cope with their partner’s mental health but it never does. Her lyrics offer a refreshing perspective which shows that the world isn’t divided into good and bad: we’re all just people struggling in the grey areas trying to cope with a world we don’t understand.

Her refreshing, eloquent perspectives just doesn’t just show through her lyricism but also in her views on different topics, such as discussing her role as a queer woman in a heterosexual male dominated music scene. In her teen years in her local [Memphis] DIY scene “most of the guys [she] was playing with straight white guys” and she didn’t feel ‘tokenised’ but she became more aware of the nuances as of her position. “I was seen as one of the guys and I didn’t realise that that diminishes your queerness to being performatively straight until I was in college and learnt more about my queer identity,” she says. 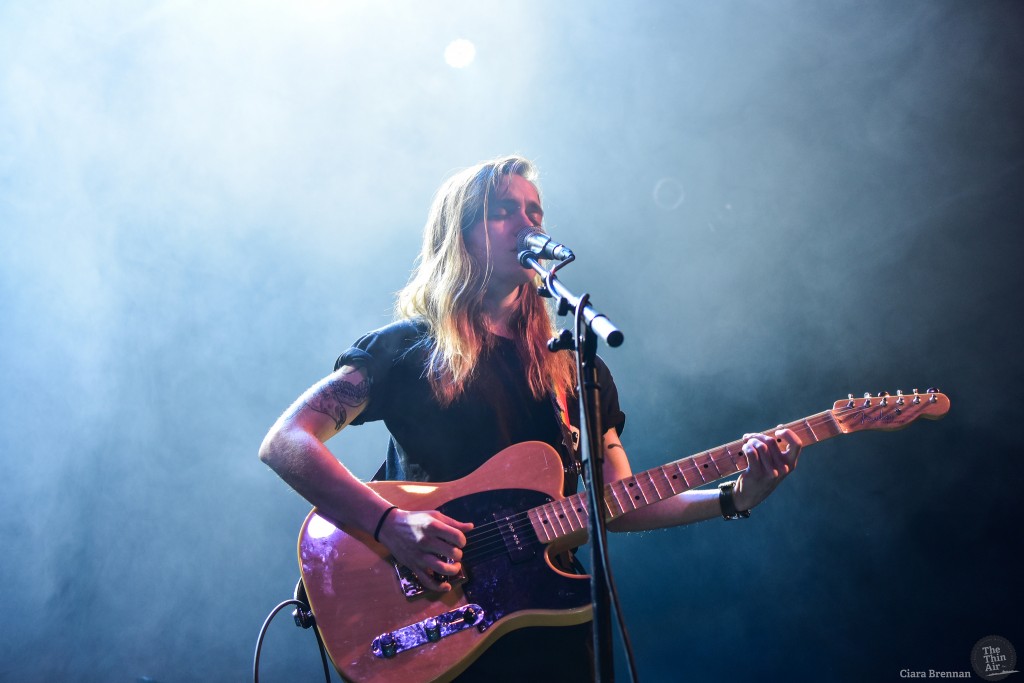 She started to experience “weird, unnecessarily gendered dynamics” when she got outside of her DIY scene. “As a woman in music, it’s everything,” she says. “My tour manager is a woman, most of our touring crew are women and I cannot tell you how many times we show up to venues and the people running the venue won’t give us the time of day or will ask us for the person who’s in charge or will dismiss my tour manager because she’s a woman. I went to school to do audio engineering and used to do rigging and lights and run sound and the amount of people who will tell me to my face that I don’t know what I’m talking about is insane.”

She also talks about the challenges of being seen as a representative of a community in a world where online discourse paints certain representations as infallible icons and the pressure that creates. “There’s a tenuous line between tokenisation of my queerness or having to perform that,” she says. “In our current political situation, particularly in the United States, I almost feel an anxiety around if I’m not doing queerness properly or how people view my sexuality or how I present or what I say or how my personal life reflects about my identity – if I’m doing enough or doing the right thing. That’s something I think about with pride or the different ways I could express my sexuality.”

Whilst discussing the ultra high standards women and queer people are held to as representatives of their community, she’s equally eloquent. “I think that’s another form of convoluted discrimination,” she says. “I always forget who said it but there’s a quote ‘when a man fails, he fails – if a woman fails, women fail’. If a queer person does something wrong, it’s a reflection on the entire queer community. It’s something people group into their schema of how they view queerness. People ask me so much about my faith and my queerness – I want to be able to exist embodying those two elements of my personality just as an example, modelling that it can be done but the more I feel the need to be outspoken about it the more I wonder if trying to convey that neither are mutually exclusively is diminishing one or the other. If queer people feel somehow hurt because the church has hurt them and here I am shaking hands with a group they feel is the enemy. The same with people of faith. I fear trying to bridge the gap between the two things is going to perceived as me making a concession to injustice in some way. It’s a tricky situation.”

When we seek out musical heroes and icons, we often look for people who entirely exude the qualities we hope to cultivate in ourselves – whether that be a passion for equality and inclusion with artists such as Kevin Abstract or even just wanting to be someone cool like a leather clad rockstar. The problem is that all people are fallible and holding people to such standards will ultimately end in disappointment. Looking up to Julien Baker in all of her eloquent self-awareness, her resistance to dramatic absolutism and her questioning but well fulfilled position as a queer, female, Christian representative can teach us just as much about ourselves as it can about her. Kelly Doherty