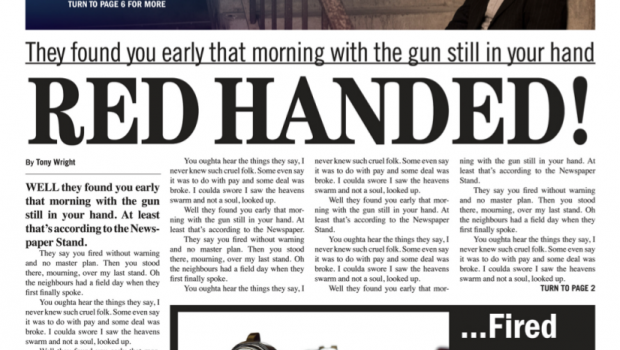 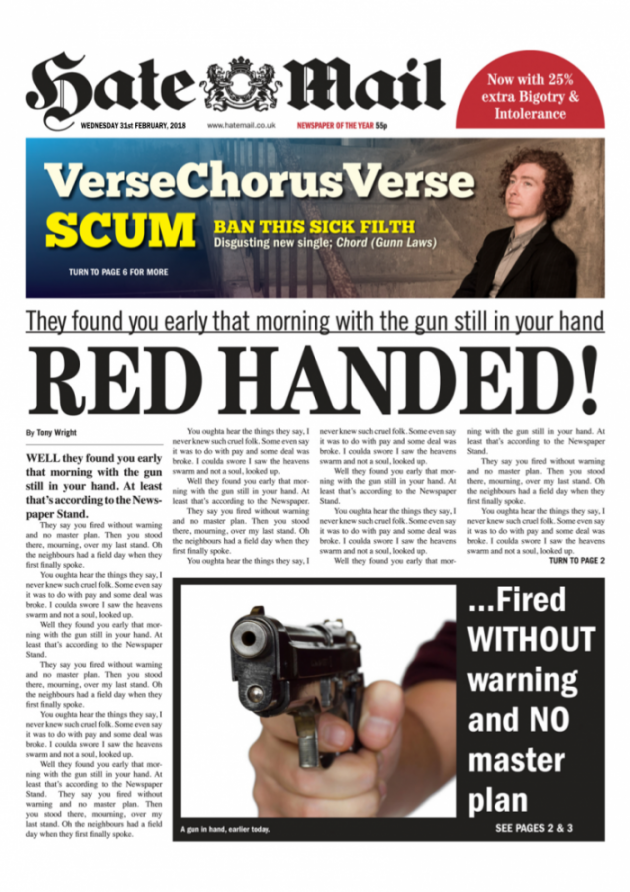 Tony Wright is going through the most fertile creative stretch of his career right now. Unanimously positive reviews have accompanied the release of the third VerseChorusVerse album, outro, while his new, much-anticipated memoir Another Dickhead (On The Road) is to be launched at Belfast’s The MAC on October 17 – more details on that here – where he also currently happens to be the resident artist. Oh, and he just put in an organic performance co-starring in the heavily relatable Belfast-based short comedy series The Also Rans, the (only partly-fictionalised) tale of a pair of failed musicians.

And after all that preamble, we’re today premiering the video for possibly the LP’s finest cut, ‘Chord (Gunn Laws)’. Something of a culmination of a life lived of eclecticism and character immersion, it blends the rootsy world-building theatre he year showcased with The Tragedy of Dr Hannigan, the Enter The Wu-Tang brass motif that never was, and a subtly affecting trademark Wright vocal sign-off.

Wright says: “The video is a tribute to mid-90s hip-hop tunes and videos that myself and a certain electronic maestro got shit-faced and made one night on my phone, then I edited it afterwards. The song, well, I just wanted to make the song the least like anything I’d ever done before. And I can safely say that I have never written a one chord song before and doubt I will again.”

Listen to outro, and watch the video for ‘Chord (Gunn Laws)’ below: