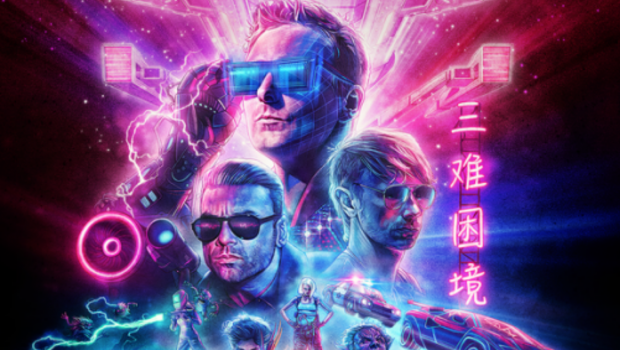 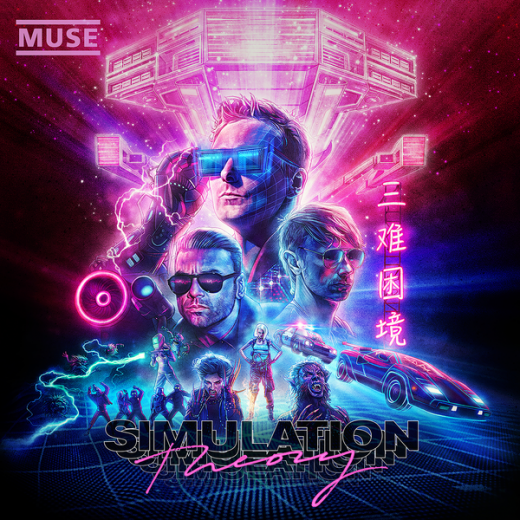 From pollution and dirty talk to Harry Potter references and riffs straight out of ’90s Europop, Muse’s latest album, Simulation Theory, has the energetic, revolutionary spirit of an album that has no idea what or who it’s revolting against.

Like many albums released by a British artist in the past year, critics have uncovered an elaborate anti-Brexit agenda somewhere amidst the circus of synthesisers. ‘Thought Contagion’ is one of the strongest tracks on the album – but that doesn’t say much – with Bellamy belting on about “fractured identities”, “infinite black skies’ and a society “bitten by false beliefs”. It’s so vague it works on just about every controversy as the band keep their fingers in all the contemporary political pies from Trump to climate change.

We will soon find this to be a recurring theme when identical ideologies and the abstract notion of impending doom feature once again in ‘Propaganda’ and ‘Get up and Fight’. One channels the dark energy of a heavy metal band covering Prince’s ‘Kiss’, while the other could pass as Boyzone’s next comeback single. Simulation Theory seems so haphazard and incoherent that one can only assume Muse weren’t expecting much of an audience to listen beyond the singles.

In terms of sound, Muse have achieved the impossible by successfully using every iconic Muse trait to completely alienate themselves from their entire repertoire. The boxes have been ticked, the textbook instructions fulfilled and yet somewhere between the studio process and album release, there was a five foot spanner tossed into the works.

If Queen covered a Basshunter track on BBC’s Live Lounge we would find ourselves trapped in the third track of Simulation Theory, ‘Pressure’… and if the UCLA Bruin Marching Band covered that cover, see track 14. This is a Europop Rock Opera that no one asked for, that even lacks enough confidence to use the “because we can” excuse. Simulation Theory is the equivalent of every single from the ’80s playing at the same time, layered on top of each other; obnoxious and loud with an overload of synthesisers and the rattling scream of a malfunctioning SNES tossed into the mix for that nostalgic charm.

That said, the Simulation Theory  does find its footing here and there. Later in the album, the trio salvage what’s left of their eighth full-length release and create something that sounds somewhat similar to a Muse album, starting with ‘Thought Contagion’. The shrill guitar licks make a triumphant return along with Bellamy’s stirring vocals.

Muse find themselves slipping back into their comfort zone, into the monotonous recycling of the same song that they’ve been getting away with for years. In an album so chronically ambitious that fell so far from the mark, we find ourselves welcoming the exhausted formula of the past five Muse albums with open arms. The first half of the album could be mistaken for an elaborate ploy to make something so outrageous that the rest sounds good by comparison, once again milking that same pedal effect under the guise of something new. Better the devil you know, as they say.

No amount of attempts at “woke” lyrics, synthesisers or college marching bands can save Muse from themselves at this point. It is only a default to something vaguely enjoyable toward the end that saves this album from being quite as tragic as its catastrophic predecessor. Christine Costello