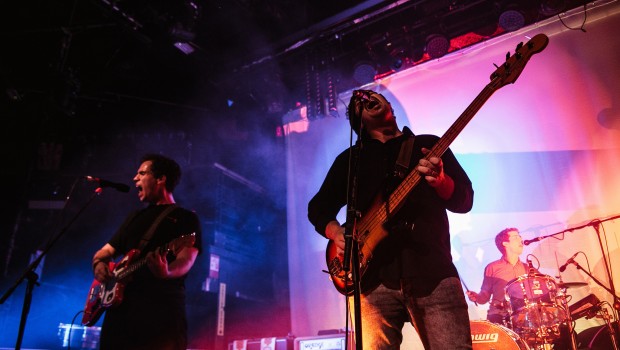 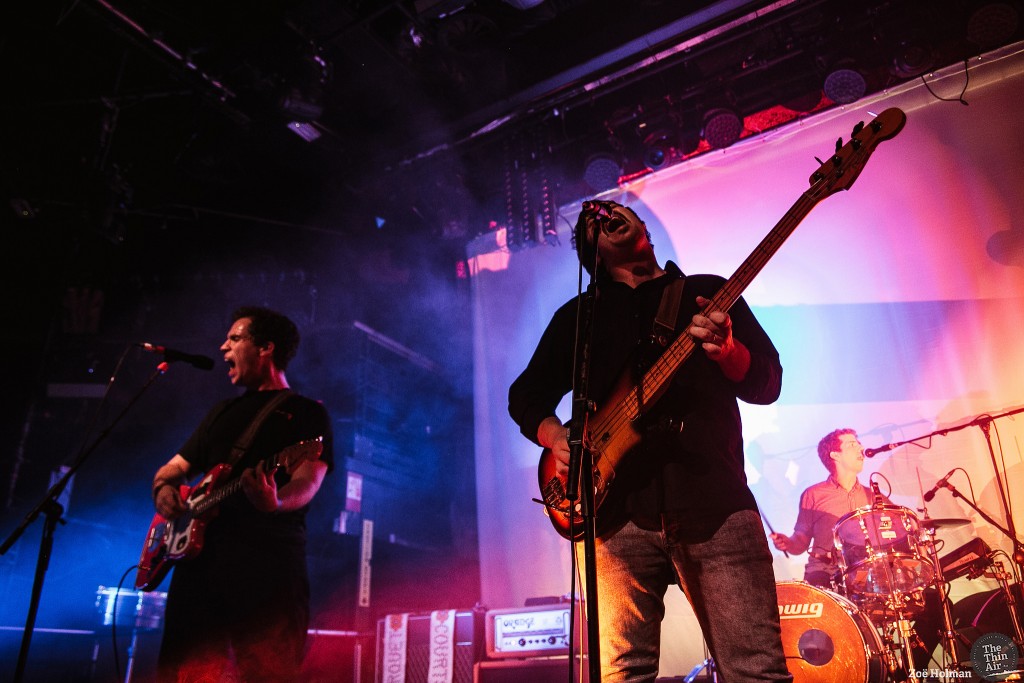 In the giddy days leading up to Parquet Courts‘ sold-out Academy show, social media was strewn with desperate pleas aimed squarely at the #ticketfairy. It came as no big surprise. Riding high off the back of their sixth – and easily most accessible album to date – Wide Awake!, the Brooklyn indie rock heroes are, without question, at their all-time most happening right now. Take a well-earned bow, the marketing team at Rough Trade.

Capped at a cosy 850, the heaving Dublin venue tonight buzzes like a glorified in-store, relocated to what could feasibly be some neony student union of the early 2000s (that the room is promptly transformed into Every Mediocre Clubnight afterwards makes a whole lot of sense.) Either way, thanks to the power of Spotify algorithms and straight-up great fucking music, we’re all in it together for the punked out, psych-laced, career-leaping garage majesty of the almighty Parquet Courts. You may not be able to move all-too freely, or get to or from the bar with ease, but hey ho: you got a golden ticket to the big rock n’ roll show. 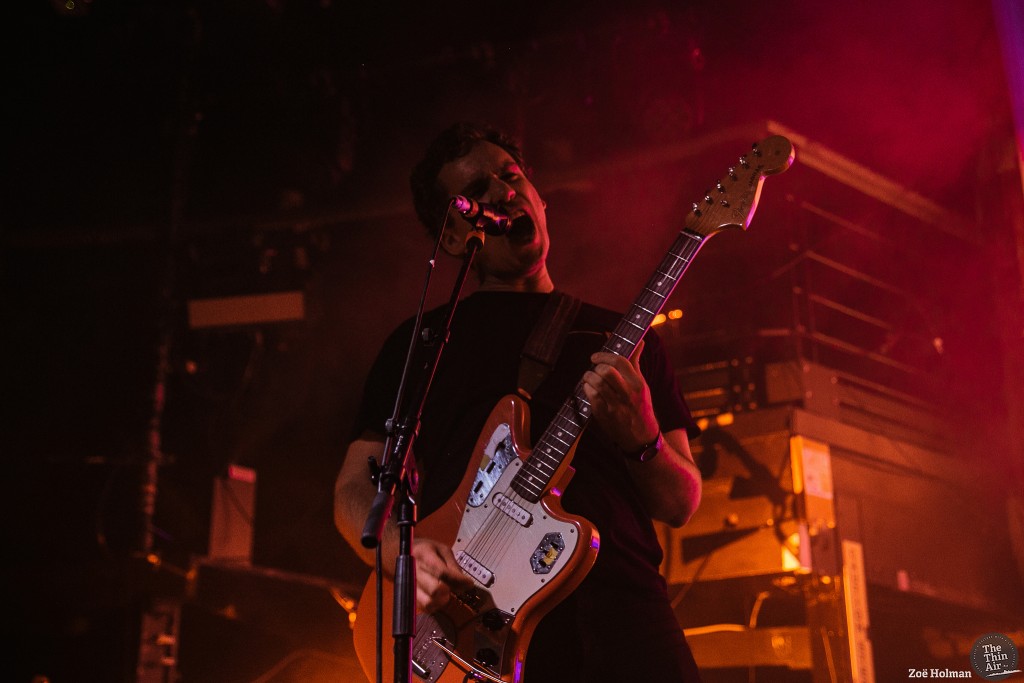 As Dublin’s Music City make way for the main event, a female friend notes the gender disparity in the room. Sure enough, the room is positively teeming with buzz cuts and Carhartt jackets; look in any direction, and you’ll find a 19-year-old buachaill scanning the room for something that will never be there. Thankfully, come 9pm, all such thoughts quickly kowtow to Parquet Courts and the clattering ‘Total Football’ from Wide Awake! A pit breaks open via its Motorik pulse and A. Savage’s full-throated proclamations (“Emancipation! From expectation! Collectivism! And autonomy!”). The minimal jaunt of ‘Dust’ swiftly follows suit, as does Wide Awake! peaks ‘Freebird II’ and ‘Before the Water Gets Too High’. “Hey,” A. Savage pipes up. “What about Music City’s Elton John cover? It was like you were watching ‘A Whiter Shade of Pale’. But you’re up for it now, huh?”

He’s not wrong. Blitzing through a fist-clenched rendition of Ramones’ ‘Today Your Love, Tomorrow The World’ and four older gems (‘Dear Ramona’, ‘Master of My Craft’, ‘Borrowed Time’ and ‘Donuts Only’) that double up as a first-rate ten-minute spree, it’s a solid set of cyclonic guitar worship and tangential garage rock mastery from the foursome. Despite some crowd badinage and the piano-led ‘Back to Earth’ from Wide Awake! flirting with falling flat (and an extended closing jam coming painfully close to being a non-starter) the band’s third Dublin outing is a rapid-fire, encore-less and inspired feat. Next time, here’s hoping a much bigger venue will be available to meet the mushrooming demand.  Brian Coney