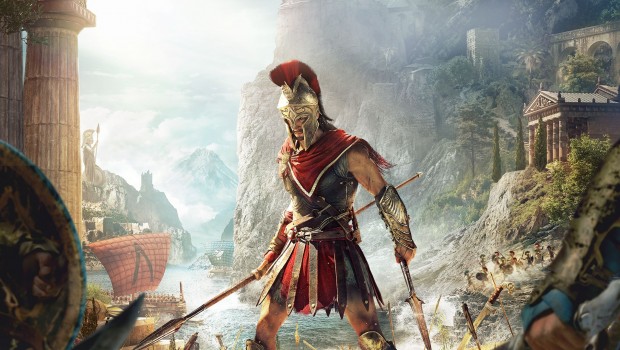 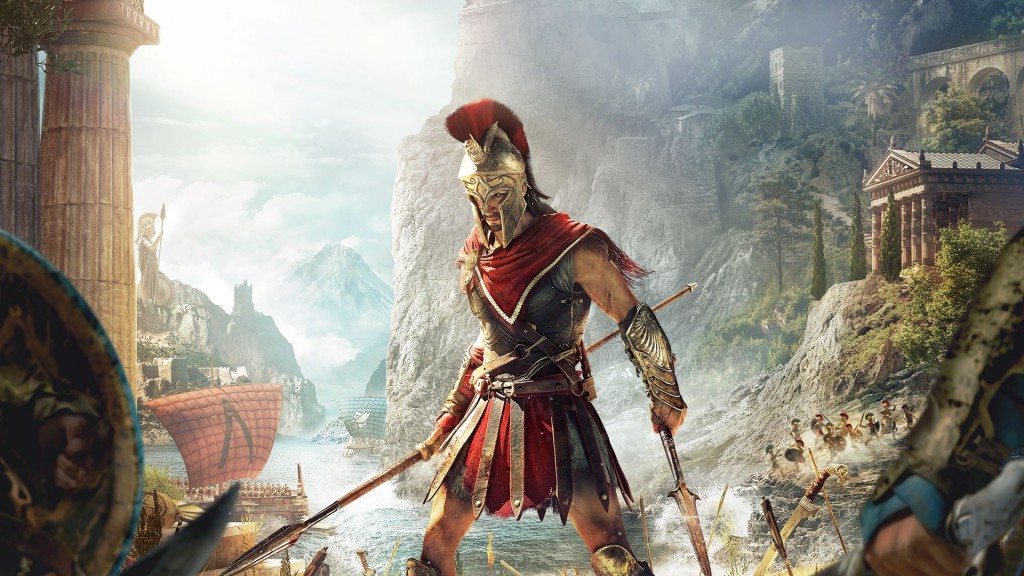 Just as the creators of the Marvel Cinematic Universe have been building for a decade towards the conceptualisation and creation of Avengers: Infinity War, so the designers at Ubisoft have spent the same amount of time visualising the game world at the centre of Assassin’s Creed: Odyssey. It is arguably the most vividly realised title to date in the long-running series but it also plays fast and loose with concepts that fans have come to love and expect. These changes – some of which are cursory tweaks of basic mechanics, and some are fundamental shifts in the presentation of the virtual world – will no doubt horrify some players but others will revel in the developers’ brave decision to push the franchise in an entirely new direction. Yes, it remains the ideal title for those who like their hack and slashing to be framed within a semi-historical framework (in this case, ancient Greece) but there has been a significant paradigm shift in the level of freedom offered to players: crucially, Odyssey is more open world than any previous episode in the saga, where the main narrative frequently becomes secondary or tertiary to the countless other quests and activities on offer here.

Ubisoft has pushed the idea of player choice – or at least the illusion of choice – as far as it will go within the confines of a videogame and the four corners of a television screen. This idea of flexibility is present from the very beginning, where you are tasked with choosing between one of two siblings who, like most figures in mythology, suffers the kind of indignity and mistreatment as a child that would cause Joseph Campbell to get all excited: they leave home, become a mercenary and return with the sole mission of murdering their cruel father. You know, your standard salty tale of patricide. There is the handsome but dull Alexios, who would not be out of place with a topknot, sleeve tattoo and a tight little pair of jeans while strutting between cocktail bars on a night out with “the lads”; and there is the much more fun Kassandra, whose plucky exterior and sense of humour conceal an emotionally complex personality. Full disclosure: this reviewer chose the latter, and was glad that he did. As a protagonist, Kassandra is notably more interesting, boosted in part by excellent scripting, facial animations and voice acting – less can be said about the supporting characters, whose accents are less genuine Greek and more suited to a Harry Enfield stand-up routine from the 1980s.

After a lengthy preamble, either Alexis or Kassandra get caught up in the middle of the Peloponnesian War between the nations of Athens and Sparta. As a descendant of King Leonidas (yes, the one played by burly shouty man-flump Gerard Butler), fighting is in your DNA, not to mention a rather nifty ability to kick people square in the solar plexus thereby booting them off the side of a building or cliff. This move never gets old: watching an enemy flailing as they plummet from a great height, like poor Alan Rickman at the end of Die Hard, is incredibly satisfying and continues to be hilarious long after it should be. This finishing move is particularly gratifying if it involves hoofing one of the umpteen mercenaries hired to track you down should you be too liberal with the old ultraviolence. These procedurally generated contract killers are lumbered with names like Agaue, Boiler of Blood and Machaon The Feared and Laius, Who Enjoys Maroon 5, and are announced by a loud honk of horns, at which point you can choose from a seemingly infinite smorgasbord of swords, bows and axes etc. to dispatch these non-entities and plunder their loot.

Unlike previous Assassin’s Creed jaunts, very little time in Odyssey is spent in the “real” world, and only the most cursory of lip service is paid to Absergo Industries, the shady megacorp responsible for creating the VR iron lung device that zaps you back to the ancient world. But why would you want to be in dull modern America when you can be romping around Arkadia, Mykonos, Makedonia and the like? The world within Odyssey is dizzyingly large even when traversed by foot, horse and boat – once again, sailing and naval combat provide a great deal of enjoyment – and the range of different communities and locations is vast, colourful and vibrant. As a result, setting out and exploring takes precedent over following the plot, which in truth is entirely nonsensical and inconsequential, and involves uncovering a secret cult that, it should not surprise you, are up to no good in the neighbourhood. Not that this matters. There are mythological creatures such as the Minotaur to discover, a gladiatorial arena to enter, shipwrecks to investigate… purists will baulk at how far the series has now strayed from its roots, and this has led to frequent comparisons with fellow titles such as Skyrim and The Witcher III, but hey, if a game is being mentioned in the same breath as these premium titles, it must be doing something right.

And Odyssey does a lot of things right. Sure, at times it feels repetitive. Yes, there are generic fetch quests. But there is also a gorgeously rendered mythic world that acts as your playground. Go fight. Ross Thompson