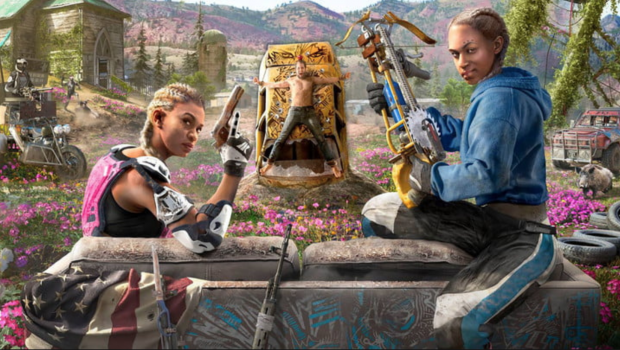 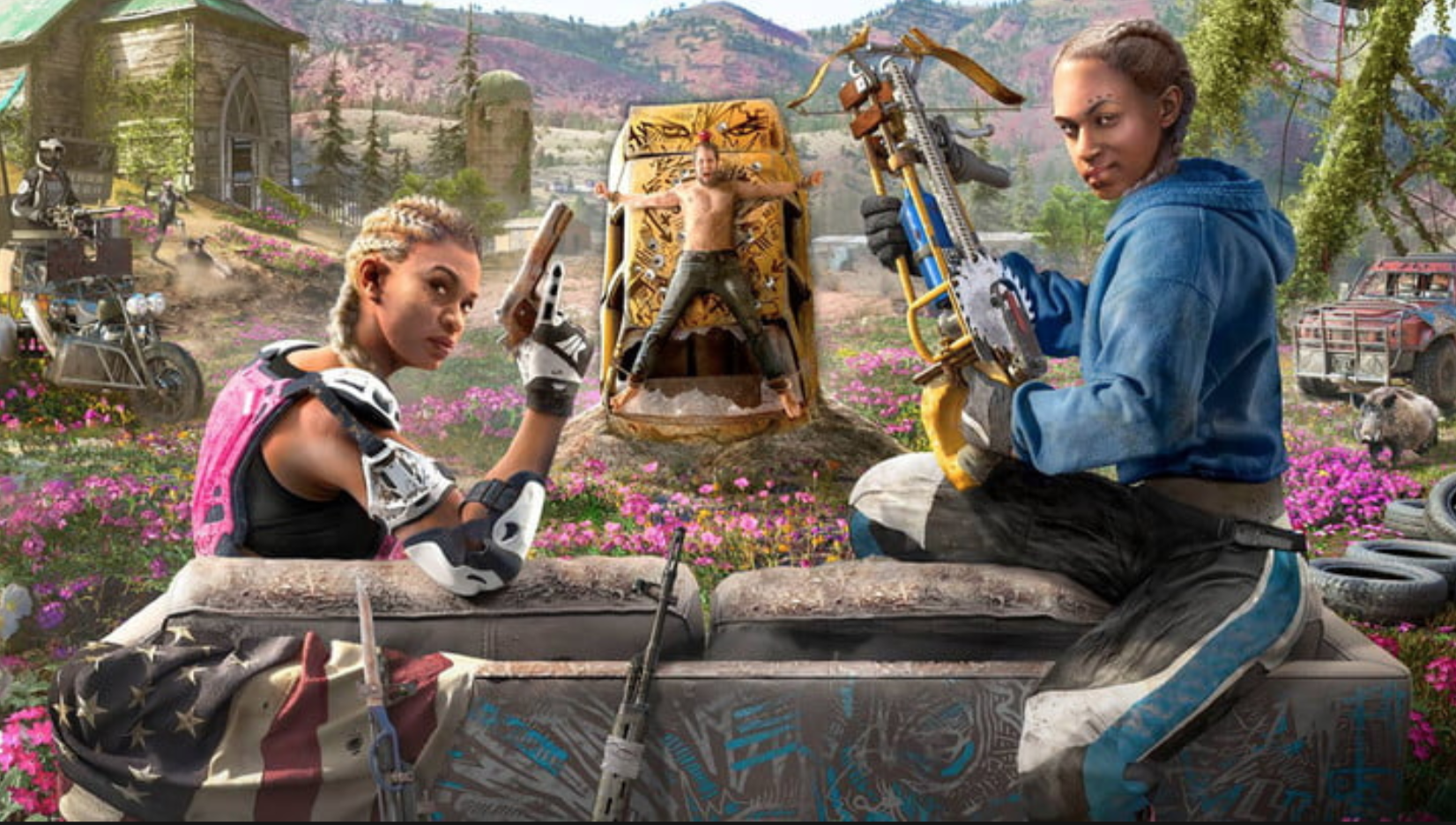 Seventeen years after the denouement of Far Cry 5, whose narrative culminated with the detonation of an actual nuclear bomb, the fictional location of Hope County, Montana is in a period of what one might politely call “social regeneration”. Pockets of survivors are rebuilding shared communities, assisted in part by your character, a male or female cipher who goes by the moniker “The Captain”. As with all previous Far Cry instalments,  your mute avatar is dropped into a nightmarish scenario, ill-equipped and lacking in the necessary skills to cope with this irradiated new world, and must subsequently complete quests to build up the EXP necessary to unlock perks that allow you to explore new areas and bump off tougher baddies. It is a game mechanic almost as old as the medium itself, reminiscent of “Metroidvania” classics, and is an early source of concern that New Dawn might not do anything… well, new, and instead rely upon the tried and tested template that players have come to expect from a Far Cry release. This fear is augmented by the fact that New Dawn takes place within the same map as before, albeit a much reduced version, which poses the question of whether it should be categorised as glorified DLC rather than a separate title with its own merits.

However, Ubisoft have clearly thought about this already, and have taken several precautions to prevent the sensation of déjà vu from taking hold. Yes, the map has been recycled but only superficially: Hope County is now overgrown with bright purple and pink foliage, and overrun with herds of bioluminescent animals. Such a sun-kissed, verdant depiction of the countryside is a… ahem… far cry from the dismal browns and greys of Fallout or Gears Of War. The landscape has more in common with Horizon Zero Dawn, where buildings and burnt-out vehicles have been subsumed into thick undergrowth. Another touchstone is The Legend Of Zelda: Majora’s Mask, which utilised some familiar locations from Ocarina Of Time but gave them a different spin. In New Dawn, facilities have been repurposed, largely by the “Highwaymen”, an army of ne’er-do-wells headed up by psychotic twins Mickey and Lou, a sort of less likeable Reynolds Girls (playing to the masses with that reference, I know) who would rather hijack than Fleetwood Mac, and who ride about stealing, killing and talking trash to anyone they encounter. As the game’s main antagonists, their primary goal is to claim Prosperity, a home base not too dissimilar from the safe zone of Alexandria in The Walking Dead – there does not seem to be a shortage of soft furnishings and plush wooden furniture in the post-Apocalypse. This settlement adds another layer of interest to New Dawn, namely the possibility of upgrading different facilities to unlock fast travel, crafting weapons and, most interestingly, embarking on a series of “Expeditions”. These self-contained levels function as larger, more intricate Outposts, where the goal is to grab a bag of supplies and get out of Dodge as quickly as possible to reach a rescue helicopter before being peppered with bullets. Remote locations such as a dilapidated fairground, a landlocked ship and Alcatraz are designed to be played through in a variety of game styles: you can, depending on your own personal preference, carefully pick off enemies with a sniper rifle or you can rush headlong into the fray like a toddler towards a bouncy castle.

These Expeditions, along with a smattering of Outposts, act as welcome distractions to the main storyline, as do the challenge of Treasure Hunts – another holdover from Far Cry 5 that has been expanded and refined. These wacky side-quests largely involve investigating caves, bunkers and dangling train carriages to plunder valuable loot, and require you to solve environmental puzzles in order to reach a prepper’s stash. They add a note of levity that counterbalances all the senseless shooting and killing – the hunting of animals remains a controversial and uncomfortable element of the Far Cry series even if it is presented in a cartoonish style. Further humour is introduced by the inclusion of “Guns For Hire”, a varied roster sidekicks who help you in firefights and who have a range of different personalities, most notably the gun-toting, potty-mouthed pensioner Nana who has an extensive arsenal and has no compunction when using it.

Far Cry New Dawn is a very pleasant surprise: an easy to pick up, knowingly silly – though never quite as out there as spin-off Blood Dragon – and therefore enjoyable adventure that serves to reinvigorate the franchise. Blow it up and start again. Ross Thompson