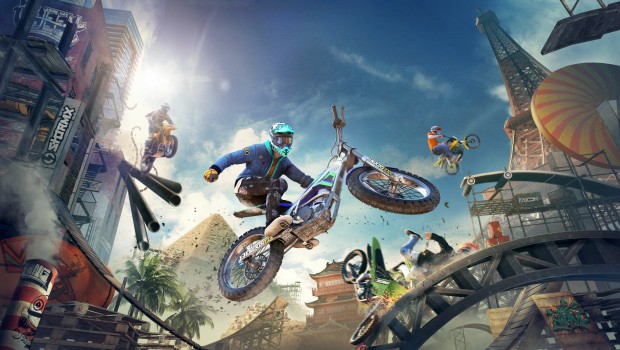 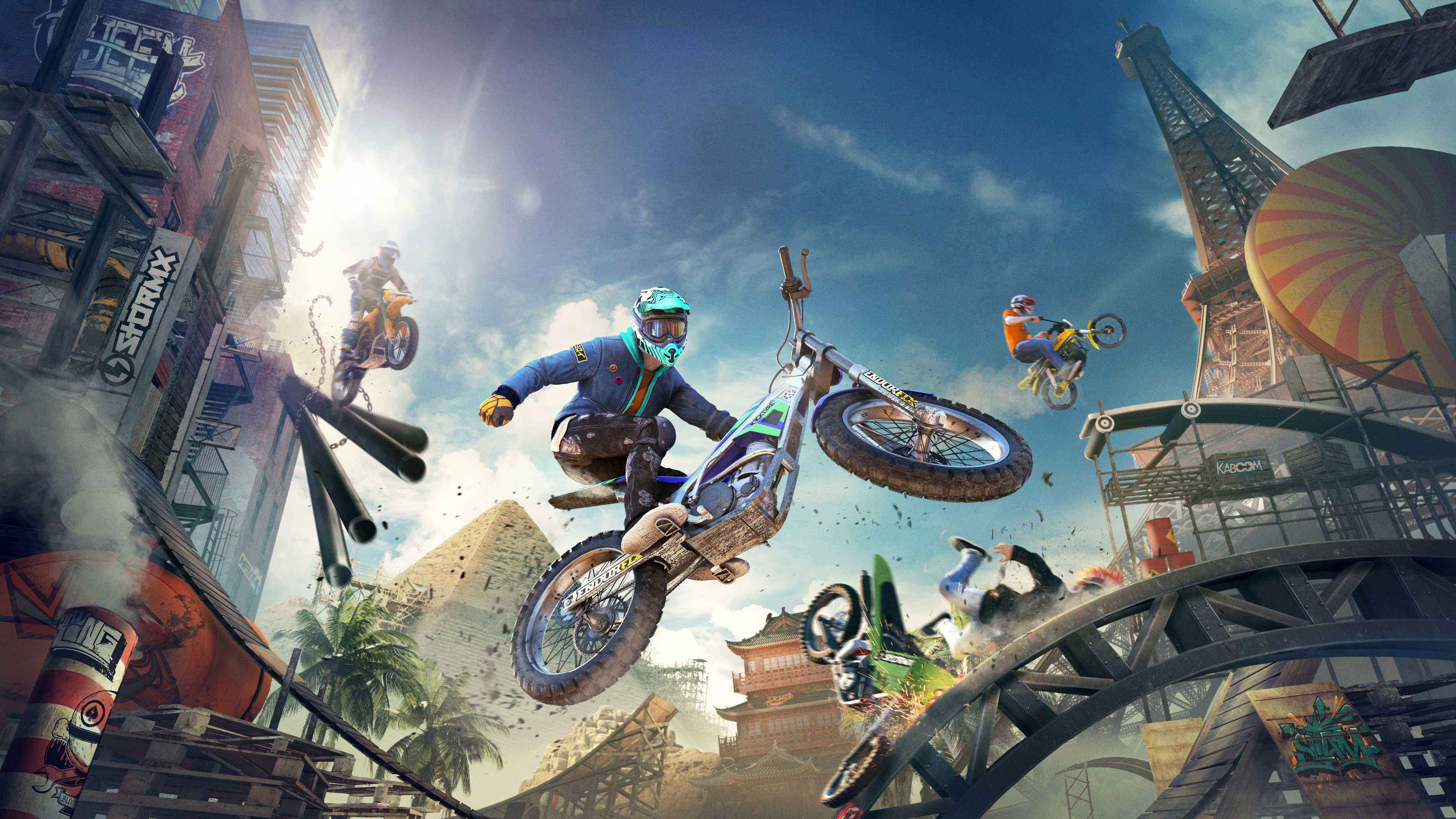 Those readers of a certain age will remember Kick Start, a fun for all the family television programme in which amateur motorcyclists rode their steeds over and around an obstacle course comprising hay bales, planks and cabers. Inevitably, the rider would fail to ascend a vertiginous mud bank or tumble into a water trough, much to the hilarity of Dave Lee Travis and those watching at home. Such schadenfreude is at the core of the Trials franchise, in which the gamer rides a motorbike through increasingly ludicrous tracks while trying not to plummet to be bottom of a ravine, into a pit of wet cement or onto one of those ubiquitous exploding red barrels.

Trials Rising takes extreme sport and pushes it as far as it will go – and then keeps on pushing until it falls over the cliff.  Like the later Tony Hawk’s Pro Skater games, it stretches the laws of physics far, far beyond their elastic limit, channelling the player through building sites, film sets, cityscapes and, in an early standout, a Magic Kingdom-style theme park where tricks must be pulled off roller-coasters and pirate ships. It goes without saying that realism is not the main concern here. Rather, the emphasis is on silly, knockabout fun, with each track a little more ridiculous than the last: at one point, your avatar hitches onto a space shuttle that rockets through the ozone layer into outer space. The fact that the design team has taken the time and effort to animate this entire and optional sequence should indicate the level of detail and wealth of secrets available here. While races are presented in 2.5D, the way in which they loop, fold, expand and contract is consistently engaging, as is the challenge of discovering alternate routes, hidden areas and other bonuses. Each level, presented as a “contract” that wins you experience points, pushes the gamer a little further by teaching you how to pull off wheelies, bunny hops, endos and so on. The learning curve is as steep as the ramps from which you will launch your rider but Trials Rising has a coherent internal logic that, while admittedly demented, is never unfair. It might take some time to acquire the digital skill to perform all of the tricks necessary for progressing through loop-the-loops and across moving platforms but these never feel arbitrary or random. Therefore, proceedings are given a twitchy, quick-start, level reset feel in the same vein as Super Meat Boy or Celeste.

Where Trials Fusion is less successful is in its light RPG elements. There is a story of sorts (your classic tale of a budding sportsperson rising through the ranks) in which completing levels across a map opens up harder and faster levels and also rewards the player with “loot crates” that house purely cosmetic items for customising both your bike and rider. The RPG element feels somewhat unnecessary and detracts slightly from the enjoyment of time attacking courses but it is not enough of an inconvenience to derail the enterprise altogether. Fans will no doubt find the track designer to be a useful and enjoyable tool, and there is an extensive community of players who have uploaded their own devious circuits alongside a series of bizarre skill-based activities in which you can batter your poor character around full-size versions of pinball and Peggle.

Trials Rising is a game with its tongue planted firmly in its cheek. It may not be revolutionary but it is fun. While it may take some grinding to unlock the latter levels, this is, for the most part, the kind of title that can be quickly picked up and played – and therefore enjoyed. Ross Thompson