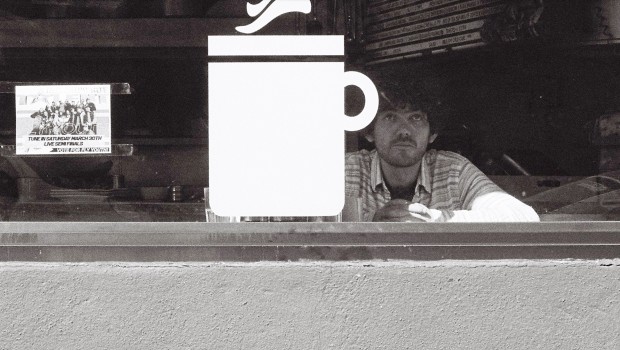 Video Premiere: The Bonk – May Feign 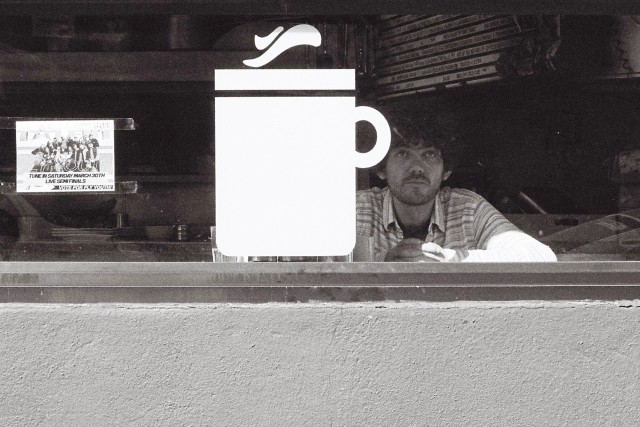 The first of ten commandments that Captain Beefheart drilled into guitarist Moris Tepper upon joining the band in 1976 was: “Listen to the birds – That’s where all music comes from. Birds know everything about how it should sound and where that sound should come from. And watch hummingbirds. They fly really fast, but a lot of times they aren’t going anywhere.”

If you’ve caught The Bonk live, then you’ll know what it is to be hypnotised by exactly that pendulous meditation on a single groove, as each of their seven(ish) members instinctively weave around each other, while time falls away. Today, we’re delighted to premiere ‘May Feign’, their first since one of our favourite albums of 2017, The Bonk Seems To Be A Verb.

Accompanied with a fittingly allusory video by Chloe Brennan, its propulsive, recursive motif and inward-looking, Bonkian pun mantra – the Gaelic mé féin meaning ‘myself’ – are pierced by the kind of spectral, dischordant guitar work typical of the experimental 60s garage & pop they’ve updated. We had a chat with band leader Phil Christie about their creative process, jazz-based recording approach and plans in the months ahead.

It’s two years since your debut, The Bonk Seems To Be A Verb, was released. Has much changed for the band, creatively?

Not at all. Everything is exactly the same. In fact, we have never changed, before or since.

Phil, as the founder of The Bonk, you’re generally regarded as the focal point, but you’ve has brought together some phenomenally intuitive musicians – was it a recruitment process, and what is it that makes a member integral to the band?

To be in the group, you gotta be husband (an attribute unrelated to biological sex or gender identity, see ‘husbandry’). Knowledge of Waterford City, Ireland and its attendant words, roads and buildings etc. is desirable but not essential. Attributes that we value most highly are: smart; sexy; height; being a workaholic. But another answer. All the ‘Usbands are quite familiar with each other musically and share similar interest rates. A maxim we all adhere to: ‘The blues is the blues, I really believe‘

As an entity, the Bonk have an ability to zone in collectively and fully explore a single groove or melodic pattern. Could you tell us a bit about that, and what informed that approach to creating and performing?

That was very much the change in emphasis I had in mind when starting out with the first batch of tunes. During a period of rediscovering the likes of Skip James, Robert Pete Johnson and Howlin’ Wolf, I became obsessed by the rhythmic ‘in-betweenness’ used in the songs (loosely between straight and swung feels, but very hard to describe). This was always music I really enjoyed playing and listening to but had felt nervous about trying to incorporate elements into what I was doing myself. I’m not sure what the root of that nervousness was, but it was partially the feeling that anything to do with blues was somewhat untouchable and had been ruined by people oversimplifying and butchering these kinds of tunes.

One album that was formative for me in opening up the possibility of approaching these things was the first record Dr. John recorded,  ‘Gris-Gris‘. It had been a mainstay for quite some time before starting writing with The Bonk but returning to it and allowing it to work on me in a deeper way was definitely a turning point for me. The approach to instrumentation, rhythmic arrangement and the sense of fun that is captured in the recording is really remarkable. Following this thread along, I began using the idea of  ‘suspension’ as a kind of a focal point for writing – hanging between rhythmic feels, tying up two or more rhythms together, using ambivalent tonalities that hang between major and minor etc. Exploring melody against that backdrop opened up a nice free place where you can kind of burrow down into tunes – the structure becomes elliptical rather than tracing a straight line from A to B.

Your recordings so far have done justice to capturing the energy, and that ability to sustain one groove with hypnotic finesse live. Are you precious about recording, and does it take place simultaneously to the writing process?

Because there are usually so many of us involved and we’re often travelling from various locations around the country, recording sessions tend to feel like very strange miniature family holidays (honeymoons? dunno, never been one of them). I like this because it means each session is an occasion/ritual.

We are interested in the recording process, and how different situations affect it so we tend to vary the approach regularly.  Depending on the tunes, we have played around with different formats (digital, 1/4 inch tape, 2 inch tape and cassette). Sometimes the experiments go nowhere and sometimes it really works. When we decide to commit to a more limiting format in terms of channels/inputs/ postproduction it usually means that the recorded performance will be mostly captured live.  We usually decide to go that route on tunes that might die a death if subjected to a piece by piece overdub approach. On each session we do, there is usually a majority of tunes that have been more-or-less fleshed out as compositions beforehand and then a few pieces where we use general sets of instructions to play to, editing around the results afterwards. We are precious about bringing packed lunches and using less microphones. We are not precious about being in tune or ‘having options’.

‘May Feign’ is a more lyrical song than anything The Bonk has so far produced. Is that an indicator of what’s to come? Was there anything in particular that informed the song and your new material?

Where lyrics are involved in the tunes, often my approach has been based on chants/ prayers/ repetitive figures and this tune follows on in the same vein somewhat. Using words more consciously as sonic material was another element that I tried to incorporate from the start but I think it’s a little more to the fore in this tune where the slippage | spillage between the sounds, the language used and the meaning is a bit more explicit. The piece works through the idea of what it’s like to affect the appearance of being something solid, and how all of that is related to the idea of pretending or simulating. Tedious shit in lots of ways.

What are your plans going forward into next year?

We have a lot of recordings in the process of being finished right now so we’ll be releasing a few bits and pieces over the coming months with an album on the way mid-way through next year. In the meantime, we’re excited that someone could give us money to make more recordings and new suits for our live engagements.