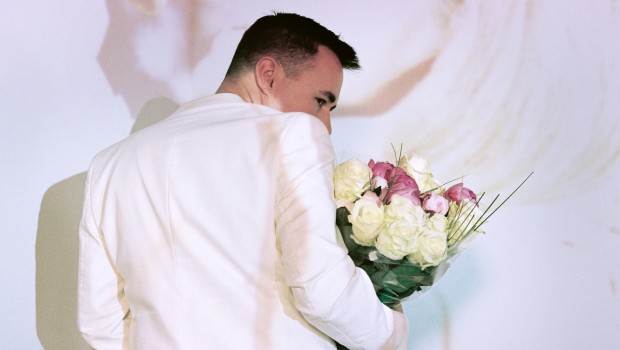 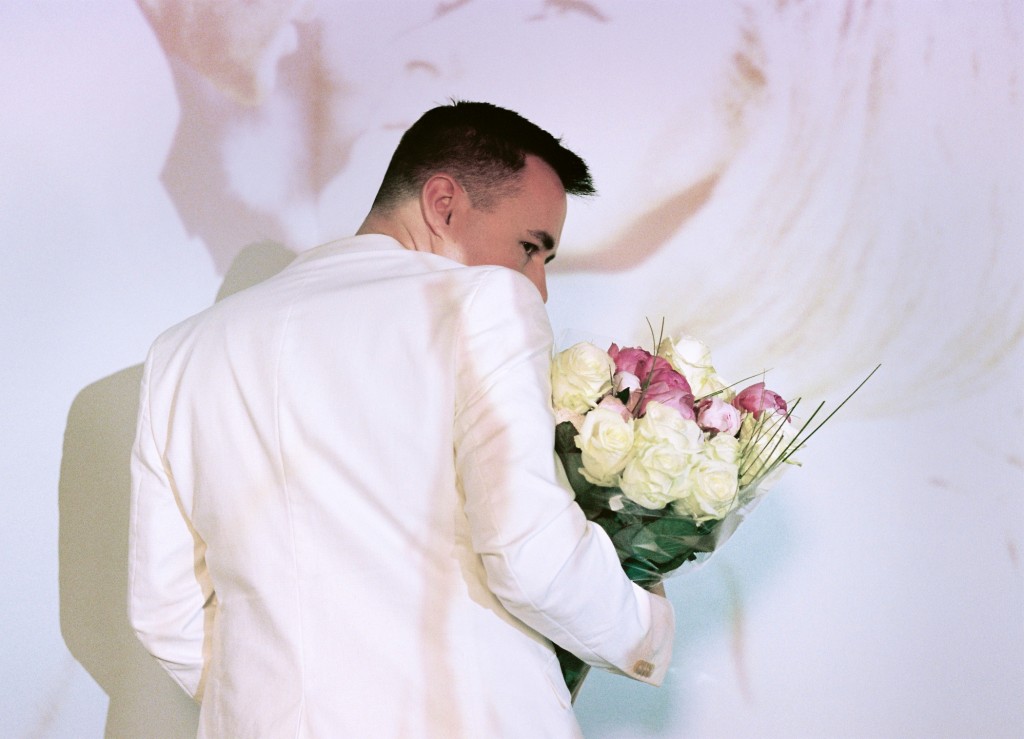 The Late David Turpin (so called because of a brief near-death experience) has just released his first album in six years. Romances is a haunting and provocative collection of songs, on which Turpin has stepped back from the microphone to make way for ten guest singers, including Elephant, Bear Worship, Gar Cox, Jaime Nanci and Villagers’ Conor O’Brien. Here, we talk to him about the influences behind the album and its accompanying imagery. Photo by Dorje De Burgh.

Previously, you’ve been known as a singer-songwriter. What made you decide to do an album with others singing, instead of you?

It was fun to play with a kind of ‘Svengali’ role, since I didn’t really write with any of the other singers. With the exception of Gar Cox – whose song is his own composition – everything was written and then singers were ‘cast’, like how you’d cast a play or a film. It became about ‘routing’ my songs through other people, and seeing how that might change them. I’ve always felt trapped by my body – and especially by my voice – so I get a tremendous sense of release from hearing something I’ve written being sung by another person. It’s the closest I get to being free from the limitations of my own body.

The singers are all men. What gives?

As a society, we tend to keep men very insulated from anything that might expose them to accusations of being ‘feminine’. I work in the film industry, and I see it all the time: ‘Crime dramas are for boys; romantic comedies are for girls’. There’s a tendency to ‘gender the genres’, even though both crime and romance pertain equally to men and women. We’re conditioned to think of natural experiences such as love, longing and surrender as ‘un-masculine’, and consequently men become unable to deal with these things. Writing the songs, I thought it might be rewarding to place men in what are typically constructed as ‘feminine’ roles. It might be good for them, you know?

Also, as a gay artist, I’m aware of a long history of codification, which often involves male artists using women as ‘muses’ or avatars to express socially unacceptable homosexual desire. Even now, when there isn’t perceived to be as much ‘need’ to codify, there’s still a grand tradition of the gay ‘auteur’ and his female muse. That can be magical (Almodóvar, for instance, does it well) but because so much of my work is quite symbolic and coded anyway, I thought it would be okay – in this one area – to be very direct. This is just what erotic love sounds like to me: strictly dickly.

How important is a sense of so-called ‘gay history’ to Romances?

One of my favourite songs on the record is ‘Couldn’t Do Without’, which I recorded with Conor O’Brien. It’s a cover of a 1971 song by Michael Cohen, one of the first major label recording artists to sing openly about being gay. Michael died of AIDS in 1997, and is all but forgotten now. Those generations who were decimated in the 1980s and 1990s – not just by the virus, but also by social dismissal and governmental indifference – were my ancestors. They’re not my blood ancestors, obviously; but they’re my cultural ancestors, and now we’re at an interesting moment where they’re beginning to pass from living memory. So, without being heavy-handed, I wanted to do what I could to preserve an endangered piece of cultural history.

Another song, ‘Trophies’ – which is sung by Bear Worship – is about a crush I had on Jeffrey Dahmer as a teenager. I look back now and I cringe with every muscle in my body, but I grew up knowing of so vanishingly few gay people in history that he actually seemed like a viable choice (plus he was safely dead by then).

Can you talk about the visual dimension of the project?

It’s pretty apparent that physical media is largely obsolete. Obviously there are fetishes around vinyl and cassettes at the moment, but the humble CD is gone. And that’s cool – the last thing our world needs is more physical stuff. But I was reluctant to let go of the physical embodiment completely – particularly because for me, growing up, the text and the booklet images were a very important part of the music listening experience. Having that book was what made it an album, as distinct from a series of songs in a row. I wanted to carry that on, but as something more akin to a limited print than a mass-produced object.

I worked with Dorje De Burgh – who’s probably best known for fine art and fashion photography – on a series of images, which we shot on film with a mixture of the vocalists from the album, and physical performers who don’t appear on the songs (including my dog, Queenie). With those images, and the text of the album, we made a 28 page book that measures seven by seven inches. The book became a way to make more explicit some of the things that are in the subtext of the music: for example, the importance of the 1980s and early 1990s to the project, and the influence of the filmmaker Derek Jarman. Jarman had very distinct handwriting, and I asked a calligrapher, Mairead Lambert, to replicate it for some of the titling in the book. It’s not necessary to have the book in order to understand or enjoy the music, but I think it frames it in an interesting way.

Romances is streaming now. The limited-edition book is available from www.thelatedavidturpin.com.