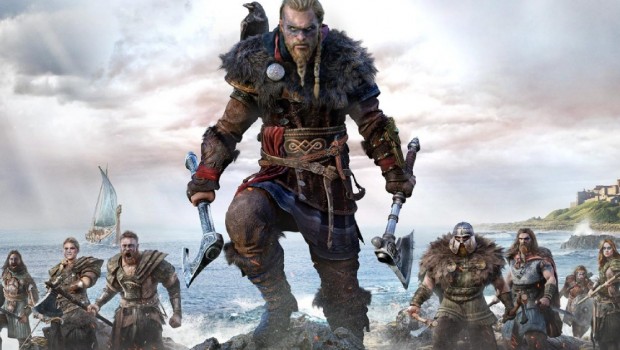 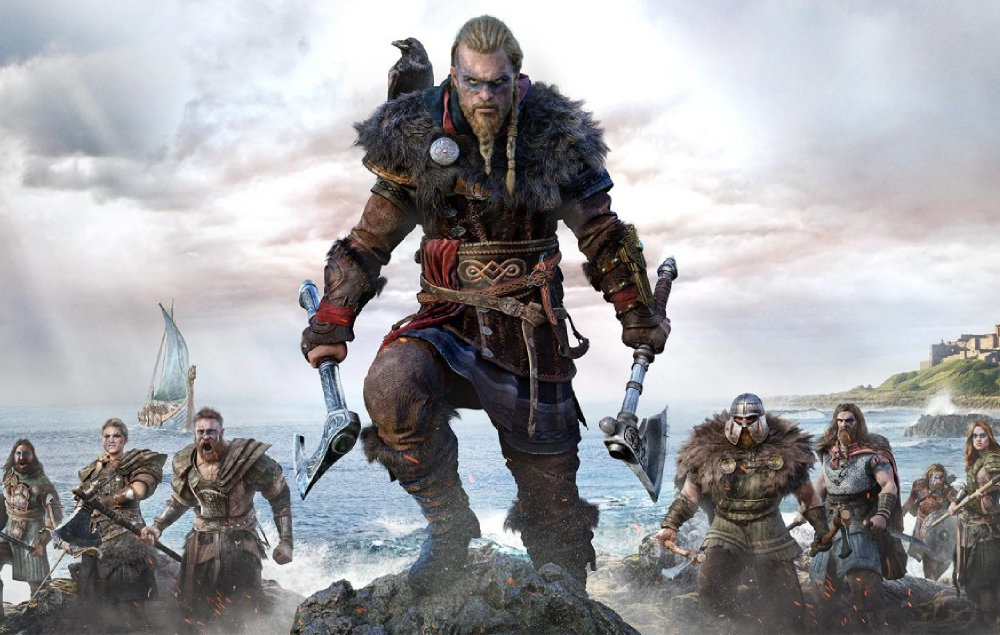 If you have been playing Assassin’s Creed games since their inception thirteen years ago, then you will already know how the franchise has redefined itself multiple times during that period, expanding outward from a relatively straightforward adventure to a more open world approach. Of course, the core storyline is as pleasingly bug-nuts as ever: deep breath… in the modern day, tech rebels enter the “Animus”, an enhanced virtual reality device that allows the user to relive the genetic memories of their ancestors. Through this interface, they can discover information about an ancient secret war that has been waged across the centuries between the titular Assassins, who justify murder and bloodshed as a way of preventing the Templars, a less pleasant version of the Illuminati, who value autocracy and enslavement and who are hunting down the mythical  Pieces of Eden that will either cancel out free will or bring about the Apocalypse. It’s heady stuff – Super Lucky’s Tale this is not. Few other franchises have the same sense of scope: the multilayered, interconnected storyline has transported players to Renaissance Italy, the American Revolution, Classical Greece and with Valhalla, the Viking Age. The developers take the tagline “History Is Our Playground” literally as the meticulousness of factual research that goes into each game’s creation is staggering. Yet, one of the most impressive aspects of the Assassin’s Creed series (eleven main releases to date, not including the vast number of spin-offs, novelisations, comics and one abysmal Michael Fassbender film adaptation that not even he likes to mention) is how accessible a game with such lofty ambitions manages to be. Yes, fellow history nerds can expend hours going down the rabbit hole – or time tunnel – of lore, reading every codex entry and collecting every artefact but of more pressing importance is the core gameplay and how it holds up.

In this light, one of the most interesting aspects of Valhalla is the way in which the team at Ubisoft Montreal has streamlined nearly every aspect of the gameplay that longtime fans have come to know and love – or at worst tolerate. The main quest itself immediately throws you into the thick of action, introducing protagonist Eivor, a Norse raider who rises to prominence by pillaging, marauding and general Viking-ing. Depending on your preference, you can play as male or female (or swap at will between the two) but the storyline remains the same: it involves the kind of vengeance, conquest and sibling rivalry that one would find in the meadiest of tales. It is only a couple of hours before you are sailing your longboat for England to establish a settlement by depriving monasteries of their goods, razing villages or allying with the leaders of neighbouring shires to spread your influence throughout the country. It all licks along breathlessly, and is a ripping response to years of fans calling for a Viking instalment. Presumably, Ubisoft chose to slake this request as the recent Sekiro: Shadows Die Twice and Ghost Of Tsushima have already plumbed sagas set in samurai Japan. The initial Norwegian setting of Valhalla is strikingly beautiful: the snowy mountains, icy tundra and crystal lakes are an affectionate homage to Skyrim, and a refreshing change from the sweltering locales of previous outings. However, later stages of Valhalla take the player to new and exciting locations – to say too much would spoil how the story unfolds but the switch to fantastical realms is both logical and exciting.

Further, much has been made of the fact that Valhalla is a shorter entry than previous sprawling jaunts. Of course, this is akin to claiming that The Wall is a shorter record than The White Album – they are both still pretty long. However, what it means is that while there is still a shedload of things to do, the designers have stripped out extraneous mechanics, refining the narrative and in general creating a product that is immediately accessible. By this credo side quests have been replaced with “world events”: optional and for the most part brief challenges that involve fighting individuals, fetching items and solving puzzles. Further, the number of collectible and upgradable weapons has been drastically reduced, which means that juggling items in your inventory is much more manageable. The Borderlands series, for example, boasts hundreds of guns, each of which is only marginally different from the next, meaning that the guns themselves lack value and interest. The axes, bows and various other items of impalement in Valhalla, in stark contrast, carry more weight – in all senses of the word. There are fewer to discover but when you do come across one locked in a chest or hiding at the bottom of a lake, Excalibur style, there is a greater sense of discovery and reward.

Of course, like many games of its ilk Valhalla becomes more fulfilling when the player veers away from the central story to uncover the many secrets and easter eggs that are left, as if by Boo Radley, in every nook and cranny of the map. There is a sense of fluidity and freedom of choice reminiscent of Breath Of The Wild or The Witcher III, particularly in the game’s more oddball moments. Whereas previous Assassin’s Creed games had a tendency to be full of import and po of face, Valhalla is notably funny, not only in a strain of distinctly scatological humour that would make Chaucer proud but also in the innumerable pop culture references littered around the world. There are multiple sly and not so subtle allusions to Lord Of The Rings, One Punch Man and, most memorably, a touching tribute to the late Keith Flint. In ye olde Essex, a band leader with a distinctive haircut does a fine rendition of ‘Smack My Bishop’. It’s a lovely moment that against the odds does not pull the player out of the moment or undermine the grandiosity of the rest of the game. There are also trips on magic mushrooms and – no joke – rap battles called “Flyting” alongside a complex dice game called Orlog that is due to receive a physical version next year. Reminiscent of the game within a game Gwent, it is a fully-fledged distraction that could claim hours of your time itself.

All things considered, in Valhalla the bods at Ubisoft Montreal have produced a game that is at once fun and portentous, flexible yet deep. It pulls off a tremendous feat of balancing and co-ordinating its multiple moving elements: the traditional parkour and leaps of faith are bolstered by exploring Roman ruins and crumbling strongholds to name but two of the many activities on offer here. Now, Ubisoft, about those samurai… Ross Thompson