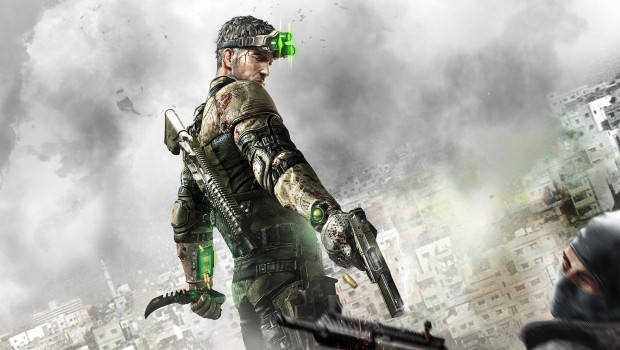 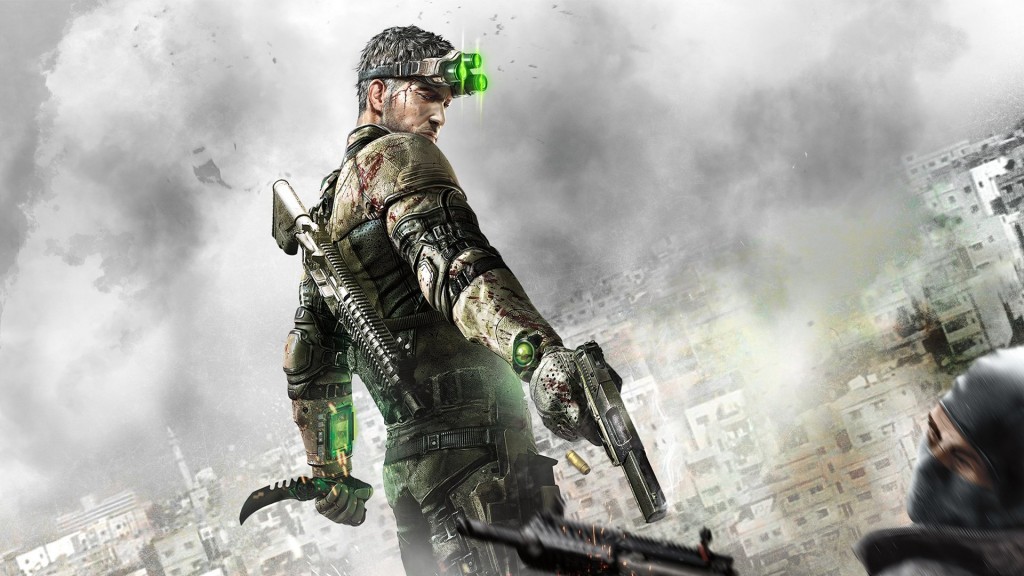 Sam Fisher has the best job in the world. Jetting all over the world, breaking into top secret buildings, snuffing bad guys, always talking in a deep, gravely voice. He’s your archetypal superspy: a service hardened tough-nut with a tendency to occasionally go off protocol but who has a keen sense of right and wrong. Now operating from “the Paladin”, a nondescript cargo plane which actually houses a hub full of advanced comms tech, Fisher and his crack team have been charged with stopping “The Engineers”. These faceless terrorists are threatening to destroy a number of American assets if their specific needs are yada blah yada blah explodey boom boom shooty shoot shoot.

Yes, the plot is pure hokum, a hammy slice of post Cold War paranoia where all Englishmen are dastardly, chain-smoking villains, and the Middle East is populated by trigger happy insurgents. As in most releases, the sliver of storytelling comes a very distant second to the gameplay mechanics, which have been buffed and honed to near perfection. Stealth has always been a core element of Splinter Cell gameplay, and here most levels have been designed with sneaking about in mind. There are multiple ways to complete the range of inventive locations such as a base within an offshore rig, dingy torture dungeons and a hacker’s paradise of flatscreens, modems and high-cranked Macbooks. You can shimmy up drainpipes, squeeze through air vents, monkey climb along bridge struts… the world is your dimly lit oyster.

The same range of options is applied to your preferred style of play. You may choose to creep surreptitiously through the whole campaign, mercifully knocking out dissidents rather than making them take the long sleep, or you can blaze through it like a madman, snapping necks and popping caps with gruff abandon. Points are awarded for experimenting with different approaches, which in turn can be traded for currency to upgrade your equipment. A slicker, more bullet resistant bodysuit, a wider range of gadgets, better guns and so on. Unfortunately, the prices are higher than Peter Crouch’s hairline, but you can comfortably make it through the game without investing in everything. One could also argue that not being a beefed up superhero lends proceedings a real frisson. Sam Fisher is very human so bullets hurt: suck up one or two and you’ll see the familiar GAME OVER screen both mocking your puny efforts and taunting you to come back for another go.

Purists have baulked at the design team’s decision to offer alternatives of stealth and action, contending that the franchise is moving away from its roots and simply appeasing an easily bored audience who have been intellectually weaned on the meat-headed theatrics of Gears Of War and Call Of Duty. By its very nature, they say, Splinter Cell should be a slow, thoughtful affair where every decision must be weighed and balanced against possible risk and outcome. However, it’s fairly silly to blame publishers Ubisoft for wanting to appeal to as wide a fanbase as possible.  They are in the business to make money, after all, and that certainly does not make them sell-outs. Further, the variety exponentially enhances the replay value. You are encouraged to search each nook and cranny of levels which stretch upwards and down underground in search of classified intel. Even more routes are opened through buddying up with an online partner, and there is also the obligatory multiplayer mode for those who find the solo campaign a little too solitary.

The notable flaw, however, relates to the visuals. The lighting effects are suitably great, with lamps and spots which can be shot out to create darkness for more sneaky sneakery, but the facial animations are distinctly last gen. Nobody aboard the Paladin appears to have functional nostrils, and their eyes have an empty look, which makes the regular conversations stilted and lacking in engagement. For a game which prides itself on gritty realism, the plastic death mask appearance of your cohorts is a disappointing oversight.

Overall, Splinter Cell: Blacklist is a quality package. Yes, the difficulty levels can be frustrating, notably those moments when enemies are a little too eagle-eyed, and there is the odd glitch. However, it’s a golden opportunity to sample the best job in the world without experiencing the guilt for bumping off all those pesky terrorists. Ross Thompson