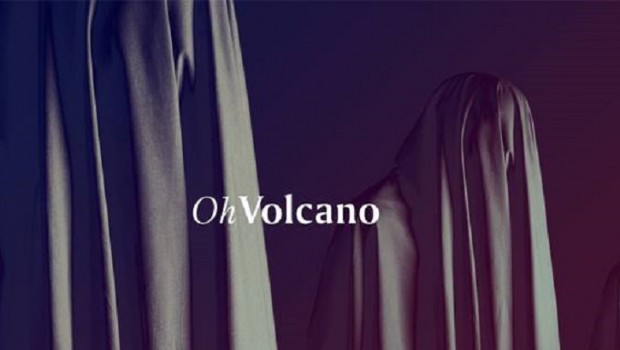 In the fifth installment of Frame By Frame – a regular feature looking at the production, concepts behind and creators of local music videos – Belfast-based filmmaker and musician Colm Laverty talks to fellow jack-of-all-trades Edward F Butler about his recent video for ‘Oceans’ by Owen and Enda Strathern AKA Oh Volcano.

First off, tell us a little bit about your role on this music video.

I mainly work in post production, but for this, it was a collage of all sorts. I worked on this short film with a team in Lithuania, no one really wanted the film, so I used the footage. I collaged it together and used every effect Final Cut had to offer to try to hide and hide how low quality the original camera footage was, it all added to the LOFI aesthetic I guess.

In a sentence, what sets ‘Oceans’ apart from other Northern Irish music videos?

That’s a hard question. Videos in Northern Ireland are so varied coming from a number of very talented directors. I wanted it to not feel like it was from anywhere – the band currently want a sense of mystique.

I had this idea of using syncronised swimmers in both oceans and swimming pools. After some other ideas of trying to make a really literal video animating all the lyrics in to scenes and using famous scenes from films such as Catch me if you Can, mirroring it in time with the track using effects in Quartz Composer, I remembered the footage of a failed project and gave it new life.

I only work on videos if I love the song, and I really loved the track. Film artists like Christian Marclay and Susan Hiller, have always been massive influences due to their inventiveness with existing media. Marclay’s Video Quartet was what got me interested in making films and making music really. Everything I do seems to collage certain things.

How well do you feel the ‘Oceans’ video reflects the themes and concepts behind the track itself?

I wanted to do little motifs throughout, the lyrics speaking about oceans and following and religion. I added little nudges to them but didn’t want to be too blatant with it. I also have sections which are locked down in time there is a moment when there is a splash on the track and I timed that to a splash in the pool, which I thought was really effective. I had so much freedom with the video, so followed my original idea of syncronised swimming.

Was it always a conscious decision to stray away from a typical performance video?
Yes, I have a little love/hate relationship with them. I like to see imagination in videos. What’s the point of just having a performance, if the energy is there and the setting is interesting and captivating, such as the latest Wonder Villains video (below), or some of my friend Sing J Lee’s work? As they can be great and you have this opportunity to do what ever you want, why not be as inventive as you can?

Stylistically and thematically, how might ‘Oceans’ relate to your previous live visuals work?

I use loads of audio-reactive stuff in my live visuals, abstract patterns and loads of layers of colours, really psychedelic and over-the-top stuff. I usually get the band to dress all in white so they blend in as it has this great immersive effect. When I was singing in H:OWL we tried to make all our gigs AV shows or an experience of sorts, and think it can bring an audience to you if you are doing something different. It relates to the way I used to work, throwing every effect you can imagine at something but as I say used to work.I really love what Brendan Canty is doing with Feel Good Lost, making more narrative videos. I think that’s something I will do; be more in the directing role and telling a story if it suits the track.

There were swimmers, around 20, but I shot and edited it all.

A swimming pool in Eastern Europe a couple of years ago.

Take us through the process of choreographing and shooting the swimmers.

I just let them do what they wanted, and edited it to the track – there wasn’t really any choreographing involved. I was travelling and they were swimming. We got chatting.

I had loads of freedom, but sometimes being compromised can lead you to focus your ideas.

I work 9-6 every day for a start up company in Belfast, so had to do this over the weekend and evenings. Editing wise it was a case of finding the audio peaks and cutting the sections together, seeing what motifs worked where. It’s a good song so I never got sick of it.

It obviously depends on the track, but you hear more in something the more you are with it.

I have only been a resident of this wonderful land for about three years, and I know from visiting SXSW, that videos are usually the way most bands and musicians break it in the industry, and if something is good enough and given enough exposure it will be shared around virally. I think now that the whole world is watching, bands have to really up there game when making music videos, as you never know who will end up watching it. I know when I was in a band, I was so hungry for people to hear our music I would release things far too early with no PR plan in place, and I think it’s all about getting the right PR plan in place. If the video is good and the song is good then hopefully it should spread like wild fire.

I think the internet is a wonderful thing to find out about new bands. I would love to just get a whole team around brain storming ideas and making them happen. I hate computers but they are a necessary evil in what I love to do.

The Jepettos’ videos look amazing, and are a delight to work with, but it has to be Hozier’s ‘Take Me to Church’ (above) by Brendan at Feel Good Lost. It just broke so many boundaries, and was so politically poignant.

I love the video for ‘Cirrus’ by Bonobo – it’s just so clever.