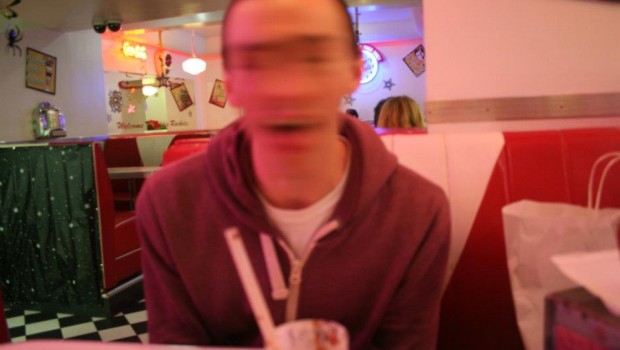 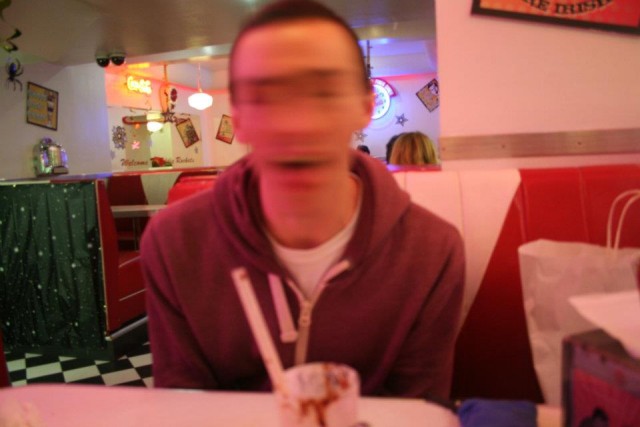 Hailing from Donegal, Conor McNamee AKA Nyt Bloomer is one of the more interesting voices in Ireland’s thriving electronic music scene. I met with him at his April 24 show at the Menagerie with Shammen Delly and Colpey to speak about the inception of Nyt Bloomer, his record label You Can’t Break It Records, and his infatuation with sampling.

Ahead of the vinyl release, Old Toys is available for streaming exclusively on The Thin Air, and the cassette can be bought in Belfast’s Sick Records.

Hi Conor. Lets start with a little background – where did Nyt Bloomer come from?

I was in a band while I was doing music at college in Derry. I played bass; we were together for about four years. We released a few EPs and played a bit around the country. Played a three-week tour in Finland at one point. That was between 2007 and 2011. I’ve been producing my own music since then, and got really into electronic music. Basically it came from me getting really into stuff like Aphex Twin, Flying Lotus, and every genre really. I was really influenced by Boxcutter as well. I wanted to do something similar, try and find new sounds. Just sitting up late with a laptop and a MIDI keyboard – I spent years making music like that. Then I started collecting records, and through that I discovered sampling, and from there everything opened up for me.

Why the shift from playing in a band to creating electronic music?

When the band broke up I was fed up of playing bass. I wanted to get completely away from that, and at the time I was getting really into dance music and club music. It felt natural to move on.

You have your own label as well. Which came first, the label or the music?

The label is called You Can’t Break it Records, and it started when I finished college. My good friend Scott Walker was sending me all these tracks and uploading a lot to SoundCloud. He just kept writing and writing, and these amazing tracks were coming from that. He had no idea what to do with them! So I thought, “Man, we learned way to much about this in college for that to be it – you got to do an album!” He was in Belfast that year, and I told him I would release his album, and I had wanted to start a label to help people I know, like him and Shammen Delly. I was working on my own stuff at the time, but it wasn’t quite ready.

You just brought out a release for Record store Day on cassette, Old Toys. Where did those tracks come from? Had you been working on them for a while or was it a spontaneous idea?

I’ve been trying to make footwork tracks and dubstep tracks for a couple of years, but it’s never really fallen into place. But there was a period over the past couple months where everything changed, and within about two months I had all these new tracks, and I loved them. That’s where Old Toys came from – a very short period of just channelling this music. It was a brand new feeling – it was like a high!

Hip-hop is one of the more easily detectable influences on the tape, but what else influenced you while writing it? There are a real variety of sounds on there.

I’ve been into that Flying Lotus, hazy hip-hop thing for a couple of years. My girlfriend introduced me to J Dilla ages ago, but I wasn’t so into hip-hop back then. I got back into him and Madlib again, but when I was making music I wasn’t trying to sound like that. I had been collecting records and had some really good soul and funk records, and I kept hearing parts that were crying out to be sampled, so I just started chopping them up and warping them and twisting them, making my own music with them.

What was the recording process like, when the tracks all came about so quickly like that? Why did you decide to go for tape?

It felt great. It was all done on a laptop, bouncing to tape came afterwards. When I realized that it sounded like that hazy, Brainfeeder, LA sound, I just knew tape would suit it really well. It was pretty much recording tracks into the computer, chopping them up in Logic, and effects and playing a borrowed Yamaha keyboard. That’s all I really used. Just samples!

What should we expect from Nyt Bloomer in the future?

I’m booking a lot of gigs at the minute, and promoting this EP. It’s coming out as a vinyl release on the June 21, for the summer solstice, on You Can’t Break It Records. The tape is just a pre-release, for Record Store Day and for fans. In future expect way more music. I don’t know what’s coming next really in terms of sound, I presume more hip-hop, and I’d like to make some dance music too. Whatever comes naturally! I’m booking a few festivals as well, booking a tour to promote the Old Toys vinyl. Going to play a few major spots – probably come back to the Menagerie in summer. Doing Galway with Basswax, those guys have an incredible sound system. Hopefully playing Celtronic festival in Derry, and I’m going to do a few secret launch parties in Donegal too.