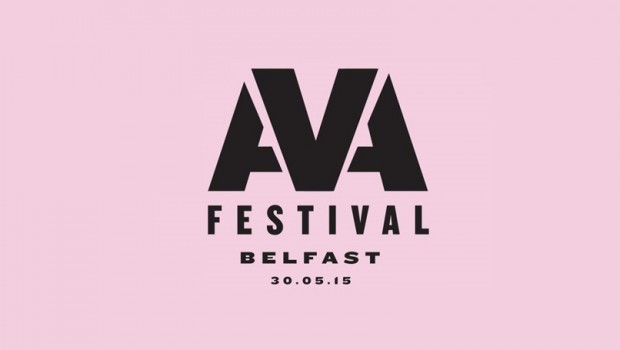 Billed as a “one day-&-night grass roots Audio Visual Arts festival”, AVA Festival aims to promote the wealth of talent in Northern Ireland’s electronic music and visual arts scene. Taking place in the Titanic Quarter’s formidable T13 Building on Saturday, May 30, the one day event will be split into two broad sections: a daytime conference from 11am-4pm with a series of keynote speakers and panels, and an evening showcase from 4pm with some of the stars of Northern Ireland’s impressively healthy electronic and club scene. The likes of Bicep, Space Dimension Controller and Optimo are all involved in what can only be described as a mouth-watering one-dayer. Here’s Aaron Drain and Andrew Lemon’s preview of some the acts playing the festival.

Go here to buy tickets to the AVA and for more info.

Conor MacParland and Kristian Woods are truly a dynamic duo, if we may use such a cliche. Having had some serious success with their ‘Schmutz’ nights around Belfast, MacParland and Woods have brought some of the biggest names in techno to the city including Leon Vynehall, Midland and Gerd. Productions? Check. International appearance? Check. They’re friendly with the Extended Play folk too, so look out for upcoming releases and in the meantime… Aaron Drain

Having produced some of the most forward-thinking, fun, and at times downright silly music over the last few years, Jack Hamill – AKA Space Dimension Controller – is one of the more eye-catching names on the AVA lineup. Not only will Hamill surely be bringing his astral techno-funk and tales of Mikrosektor-50 to the T13, but he’ll also be bringing his live laser show to Northern Ireland for the first time. Darn well essential, we reckon. Andrew Lemon

Belfast’s legendary Techno Godfather, Phil Kieran cut his teeth playing the city’s early club nights, quickly becoming a house-hold name on the techno scene. Fast forward a couple of decades with hundreds of releases, remixes and productions under his belt, Kieran is now a global phenomenon who has rubbed shoulders with some of the biggest names in electronic music and isn’t shy of playing some of the biggest clubs on the planet either. AD

Northern Irish duo Matt McBriar and Andy Ferguson AKA Bicep feel like such established names in the house/garage scene at this point that their inclusion at the top of an electronic festival in Belfast feels only natural. Having seen their reputation rise rapidly over the last few years thanks to their passion for old school disco and house music and their inspired, all-nighter DJ sets, their set at AVA should be a special homecoming. AL

A swiftly rising star of Ireland’s underground dance scene, John Daly has has been honing his production skills over the past few years and with a string of releases under his belt, his grasp of the cutting edge is next to none. His sound is simple and fresh with a dance floor ready ethos and when he takes to the stage at AVA , expect the same level of enthusiasm in a live setting that he brings to the studio. AD

Formerly of UNKNWN fame, OneKnown is the solo project of Belfast’s Chris Hanna. Whilst his appearance at AVA is a B2B DJ set, it’ll no doubt be full of the brooding, hard-hitting grime and electronica that has won Hanna so many fans over the past few years. Whilst many of the tracks on last year’s career-spanning The Story So Far seem ideally suited for headphones, there are several of Hanna’s tracks – both under the OneKnown moniker and as Hanna – that would sound bruising in an old shipbuilding warehouse, we reckon. Only one way to find out, eh? AL

Danny Simpson is one talented fellow. An early adopter of the now hugely popular house-revivalist sound, Simpson has released a number of deep and dirty productions under the moniker Swoose for the Extended Play label and before that, as a teenager, became a regular fixture in Shine and The Stiff Kitten. With a number appearances overseas in Manchester, London and Ibiza too, Simpson is quickly becoming an internationally in-demand name. Watch this space… AD

Any two sets from duo JD Twitch and JG Wilkes are rarely similar. The pair (from Glasgow and Belfast respectively) have become renowned for their eclectic and leftfield sets which usually show little regard for flavours of the month. Their seminal Glasgow club night Optimo (Espacio) which ran until 2010 was widely regarded as one of the most forward-thinking clubs of its time. They bring their bottomless record bag and over 20 years of DJ-ing experience to Belfast in just under a fortnight, and we, frankly, cannot wait. AL

Having had a similar journey to Swoose in that he came up through Belfast’s iconic clubs Shine and The Stiff Kitten, Cromby is also an Extended Play mainstay and an avid and prolific producer of all things house and beyond. With heaps of experience playing to hammerbig rooms with big systems, we’re keen to see what he pulls out of the record bag when he plays back to back with Swoose this May 30. AD

Having originally bumped into the aforementioned duo Bicep at a Manchester house party, Glengormley’s Ejeca probably has one of the most diverse catalogues of the AVA lineup. With a discography that takes influences from techno, garage house, disco and ambient, Garry McCartney’s ‘a little bit of everything’ approach is probably what sets him apart from his peers. From making music with his Yamaha DJX to having his single ‘Horizon’ named as Pete Tong’s ‘Essential New Tune’, the only way has been up for McCartney. Here’s hoping his set at AVA is no less essential. AL

Belfast bred, Glasgow based producer and DJ Hammer AKA Rory Hamilton is a proprietor of the kind of house and techno that is fundamentally raw, underground and exceptionally groove-laden. Having been involved with Bicep and the Feel My Bicep label for a long time too, Hamilton is no stranger to the facets of production and live performance, and with his Thunder Disco nights has played with the likes of Floating Points, Maurice Fulton and fellow AVA performer Ejeca. Prepare to jack. AD

As co-director of the hugely influential Belfast label Extended Play, Timmy Stewart has an eye for the freshest sounds, and it’s no wonder, seeing as how he has been a stalwart of Belfast’s electronic music scene for so long. You name it, Timmy has done it. Shine, The Stiff Kitten, Kelly’s, Twitch and the long gone but never forgotten Art College rave-ups; Timmy Stewart was there, in the midst of the groove. Thankfully, he’s still here and he’ll be at the AVA festival where the grooves will be mandatory. AD