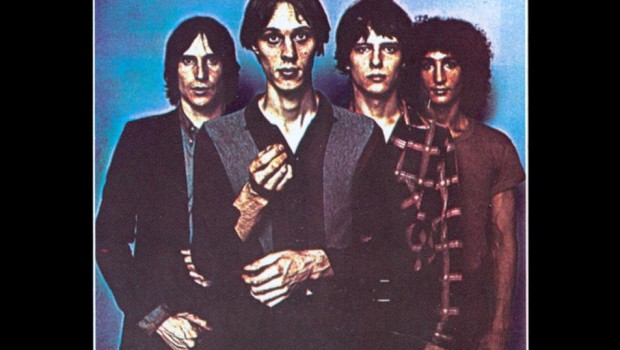 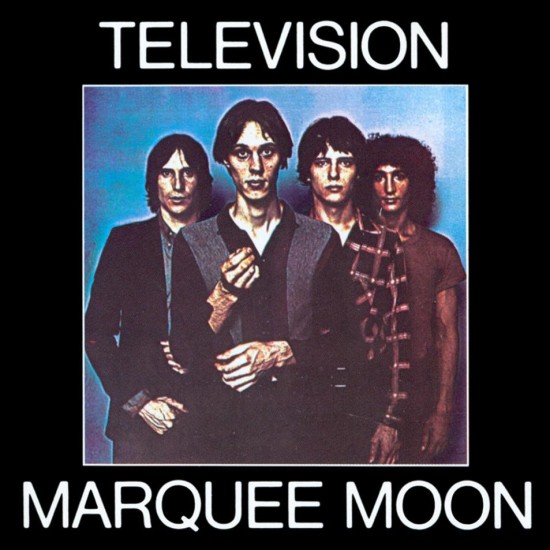 I was 17, staring forlornly out of my bedroom window to a street clad in the dimming light of dusk. As the stars began to pierce through the veil of night, one by one, two haunting chords began their journey towards the infinite. As duelling guitars spiral towards their chaotic, yet inevitable conclusion, I found myself standing beneath the Marquee Moon. Just waiting.

To my teenage ears, this was perplexing. The music I was listening to, the epic title track to Television’s debut album, had been, and continues to be described as a punk record. But where were the distorted guitars? The sneering anti-social lyrics? Looking at the front cover, the four gawky men blankly staring back at me looked like they wouldn’t know what a studded leather jacket was, never mind how to put a safety pin through their nose. Had I been lied to?

The 90s were a different time. Information somehow felt more guarded, fenced off. If I’d been exposed to this now, I’d be able to look up the band, get a skim through their music, and find out who they were, what they did, and why they did it in a matter of minutes. Back then, all I had was four blank faces on an album cover, and some long, trippy music. But still, the cogs began to turn in my still-developing mind.

I would walk in the evening, through forest parks and by the shore of Lough Neagh, and those sounds, those two haunting chords from that long, long, part instrumental song, continued to rattle round my head. I began to break it down, and bit by bit, piece by piece, this record started to make sense.

Television’s recorded output is scant, three albums between 1977 and 1992, and some scrappy live recordings here and there. The band emerged out of New York City’s nascent punk scene, and before the word got co-opted by the British music press, this could really mean anything. The Ramones played pop music at a billion miles an hour using chainsaws instead of guitars. Blondie seduced the charts using sex as a weapon. Talking Heads tickled your frontal lobe until somehow you found yourself dancing. And Television played guitar. Lots of guitar.

Opening with the cyclical notes of ‘See No Evil’, Marquee Moon is a deftly played, complex record, full of dense music and multi-layered word-play. It’s direct, in its own way, but also challenging, never quite doing what you expect it to. It’s not musically heavy, per se, but there’s a weight that hangs round the record, a neon lit atmosphere of perpetual night. This wasn’t music for mountains and rivers and valleys, this was a soundtrack to dark, twisting city streets. There were characters. The Man in the graveyard. Richie, who wanted to dress up like cops to see what would happen. These people make fleeting appearances, and then they’re gone, leaving more questions than answers.

Tom Verlaine and Richard Lloyd divvy up the guitar duties on each song, breaking down in the album credits as to who did what solos, kinda like they used to do on heavy metal albums. Guitar solos, man. I always thought they were lame, you know? Why are these punk dudes playing psychedelic guitar excursions instead of blasting through some riffs? As the glistening tones entwine around each other, and melodies that couldn’t possibly make any sense start to reveal their inner logic, I got the feeling that something was happening, but I didn’t know what it was.

‘Elevation’ is edgy and dark. It’s electric, and it stings you. I thought of my own life, still at school, waiting to escape a small town existence, and imagined myself as a cool outsider, standing in the shadows and drawing people into my own subterranean world. Yeah man, if ever saw that ventriloquist, I’d squeeze his head, right into my fist. But then it all ends up with ‘Torn Curtain’, film noir ambience and faded movie icons. Taking flight of fancy as Verlaine’s guitar sweeps and swoons, straining at the tethers that chain it to our earthly realities, I hear this man with his quavering voice outlining the passing of time, watching from the sidelines as you observe someone writing the book of the movie of your life.

But it all comes back to that title track, and those two chords. Fred Smith and Billy Ficca lay down a punchy backdrop of bass and drums, touching the edge of funk, but never quite grasping it. Verlaine and Lloyd pull out all the stops, and over ten minutes do everything that music is capable of doing. Melody crashes into the side of dissonance, and these dirty, bruised sounding guitars shine like a penny on the sidewalk caught in the moonlight. This isn’t music anymore, it’s life and it’s death.

We start on a rainy night, watching the lightening. We go to the railroad tracks, and get sage wisdom from someone who should know better, who should know how impressionable we are. And then, of course, we go to the graveyard. Lightning strikes itself in a moment of staggering creation, and then we get dumped in a graveyard, how apt. As the man himself says, “The kiss of death, the embrace of life.”

But then there’s the solo, slap bang in the middle of the thing. Lloyd keeps it chugging along, whilst Verlaine explores the fretboard. You know, I’m not even going to try to explain this one to you. I couldn’t do it back then, and I sure as hell can’t do it now. It’s like describing the taste of a colour – it makes no sense. Either way, when that piano comes in at the end of it, and the guitars shimmer into darkness, you know that a battle has been fought, and somehow, improbably, you’ve become the victor.

Television taught me that you don’t have to pretend anymore, you don’t have to try to be something you’re not. They went into a recording studio with some songs they’d written, and came out with pure magic. And that’s it. There was no pose, not really. Verlaine might have hung around with Patti Smith and kind of been her boyfriend, and John Cale and Lou Reed might have been sniffing round, but he was just some guy. To paraphrase the Buzzcocks, he came from nowhere, and he went straight back there. They did a second album a year later, it was ok, and then they broke up. They did one more in the 90s, and it’s better than you might give it credit for.

I hear these songs and these words, and they give me whole worlds, damn it. I don’t need anything else. To a kid, to an adult, to a dying man, Marquee Moon lets you know anything is possible, that life happens when you’re waiting for it, and that good things never last. And you know what? I ain’t waiting, not at all. Not tonight. Steven Rainey