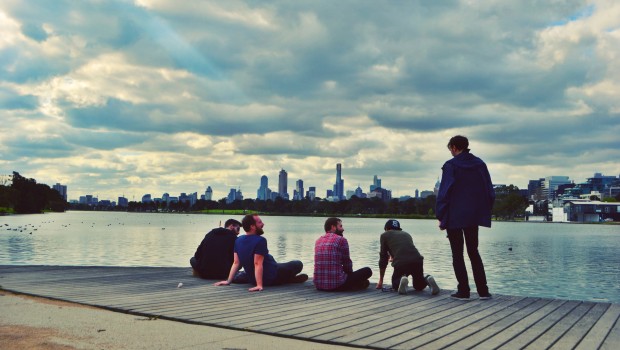 Maybeshewill: Not For Want Of Trying 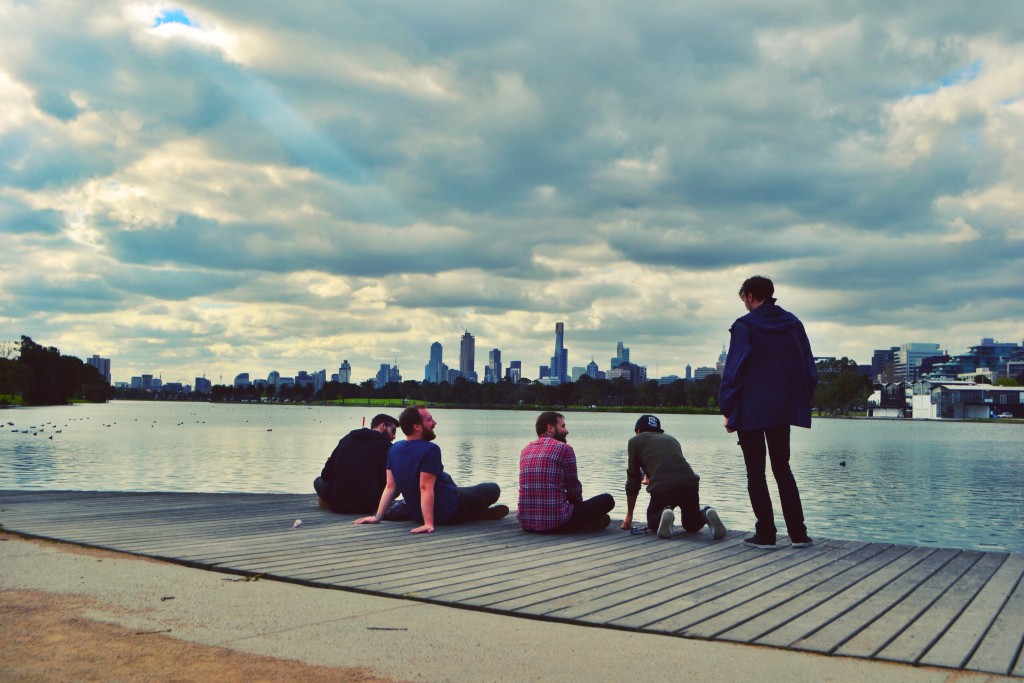 In a revealing conversation touching upon the necessity of hard graft, the DIY ethic that underlines their craft, the importance of community and their final ever tour, Eoin Murray chats to English post-rock five-piece Maybeshewill. Photo: Heather Gutherie

Firstly, how are you doing? What are the feelings hovering around in the Maybeshewill bus right now as you’re in the midst of this final tour?

Good, thank you. Things are good here. We’re a little way in to the tour and it’s been a pretty emotional trip so far, but we’re all super positive and looking forward to the future.

From what I’ve noticed, the response during this final tour across Europe has been a massive testament to how important you’ve been to a lot of people over the past ten years. Has it felt like somewhat of a victory lap? Or is it more of a bittersweet goodbye?

It’s a bit of both I think. We’re very proud of what we’ve achieved so it’s been nice to be able to step that up one last time and do the final tour, but equally it’s been heartbreakingly sad at some points. Visiting cities and old friends and meeting fans who really clearly care so much about what we do and are visibly upset that we won’t be continuing… that’s been hard.

The DIY element of being a band and promoting yourselves was something that always shone through for you in a lot of ways. You have mentioned that as time went on there was added help with PR and booking etc, but in what ways do you feel did the independent foundation and ethos of the band map out your trajectory? In retrospect, is there anything you would have done differently in that light?

I think we’ve all put a lot of hard work and many many hours into this band over the years, and it’s the graft that has been one of the biggest factors in any degree of success we’ve had. Hopefully the music is always the biggest part, but if you’ve got great songs and aren’t prepared to do everything with every fibre of your being to advance that and get it in to peoples hands and ears, then it won’t mean anything. DIY was our way of expressing that that was something we’d taken on – whether or not anyone was willing to help us.

Having been an integral part of what is essentially a fairly niche realm of music over the past ten years must have given you an interesting insight into its growth. The sense of community and solidarity among artists who play similar styles to yourselves is something that has always stood out to me; culminating in ArcTanGent, which at this point looks like a family gathering for bands. How has that sense of community contributed to the growth of the scene? What has it meant for you? Where can you see it going?

The community aspect is hugely important to us. I don’t really know if I can speak to the success or otherwise of the genre with it, but I know that we’ve made a huge number of friends through this band and through playing music and that they are, to a man, some of the kindest and most supportive people I’ve ever met. The promoters and the festival staff fall in to that category too.

I think importantly for us, we’ve never felt part of a music “industry”. We’ve felt like we were part of this huge evolving collection of music fans and musicians who were all trying to do something interesting and exciting and innovative.

As part of the tour, there are some great other bands playing support and sharing the experience with you. You Slut! have even made a temporary comeback! How did that come about? Are there more bands you wish you could have played more with over the years?

Oh man – there were so many bands we wanted to play with one last time. Getting You Slut! to reform for the final UK shows was a bit of a coup. Gav from the band sent me a jokey email the day we announced the Koko show and we were like “Yeah? Get back together then!”

That said, It’s nice to be able to do these shows with friends – be it You Slut!, Speaking in Italics, Waking Aida or whoever – just taking bands that we love out without having to think about what they might add to the shows in terms of tickets or anything like that.

Your pledge funded show in New York sounds like it was amazing. Can you tell us a bit more about that whole experience? How did it feel to play to a crowd who had never seen you on their home turf before?

It was amazing – people had travelled from Chile, Canada, Austin, LA… absolutely insane. We this really young couple of kids who had driven up from Atlanta together and were crashing on a floor before driving home. That was incredibly heartwarming to know that people cared enough to do that, and that we were contributing in some small way to the kind of memories that make your youth. I really fucking love that.

Is there any single moment, or series of moments in the band’s life that stands to you as being truly defining? A point where you can say that that was what Maybeshewill was about, and that could stand as a pinpoint memory when explaining years down the road what the band meant for you?

This is a really tough one. Our sort of… crowning achievement I guess was the Fair Youth tour. Not one moment, but four months of touring across three continents. Touring is what has made our band what it is today, and that tour which started in the Ukraine and went all the way across Asia to Australia before coming back to do Europe and the UK was something really intense, hard work and incredibly special. The photo on the poster for the final tour poster was taken in Melbourne on the last day of the first leg of the tour when we were sat on the far side of the world. It was an unbelievable experience that I don’t think any of us will ever forget.

Abandoning all sentimentality here, what do you look forward to now that you can see the end? What will you do the week after the sold out show in London? Will the day job feel different?

I have absolutely no idea how it will feel. Myself, Robin and Jim have been doing this band for almost our entire adult lives, and Jamie and Matt have been doing it for a really long time. It’s going to be tough for sure.

It’s been mentioned that you will all continue to do things in music once the band is over. Individually, what do you all have up your sleeves in that realm?

Some of us will continue on the front line of making music – almost all of us in fact. Those that don’t will keep doing things behind the scenes. Jamie has his Dark Dark Horse project and records and produces records full time. Matt plays with Charlotte Carpenter and does live sound for numerous people, Robin is writing music all the time, Jim is playing with Vault of Eagles and Soeur already, and I run a festival called Handmade, put on shows all the time and play with Freddy Freddy Lobos.