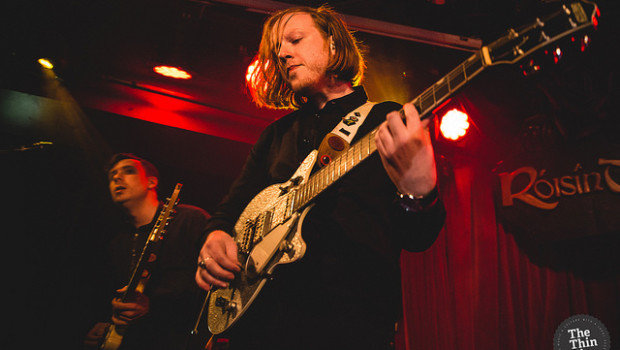 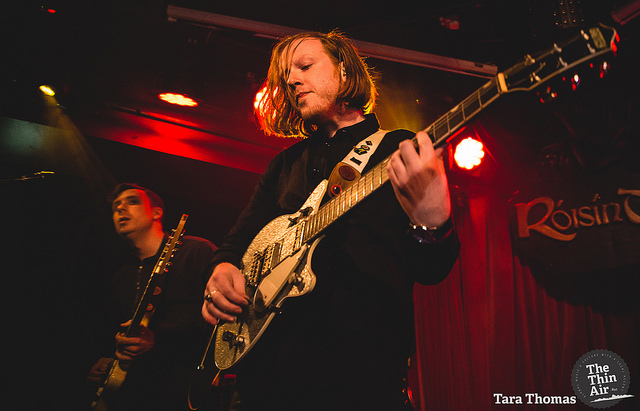 The last time I saw Two Door Cinema Club was at Oxegen 2011, at the peak of their remarkably fast climb to being the most hyped indie-pop band of the time… their drummer flung a drumstick into the crowd at the end and it hit me square in the eye. Aside from that painful memory however I do remember it being one of the most uplifting and downright fun gigs of the weekend. Still on the back of their spritely debut Tourist History and wildly successful singles ‘Undercover Martin’ and ‘What You Know’, the group of lads from Bangor seemed set for truly massive things.  While their 2013 sophomore LP Beacon was a great success by all accounts, and having played a slot on Glastonbury’s main stage in 2013, things did simmer down for the band from that point onward.

Tonight’s show in the Roisin Dubh in Galway was possibly the worst kept secret of the past few months, with hints being dropped left right and centre that the alleged “tribute to Two Door Cinema Club” (really?) called “Tudor Cinema Club” were none other than the actual band. It’s a tried and tested trick, and it did serve to build a giddy, gossipy hype around the show in the weeks leading up to it.  And it sold out. And to very few people’s surprise, the band that took the stage were none other than Two Door Cinema Club themselves. The energy in the venue prior to the show on an otherwise dull Sunday night was electric and by the time the band stepped onto the stage the room seemed fit to burst.

Launching into proceedings with highlights from Tourist History, it was immediately apparent that the group had an awful lot of pent up energy stored up in the two and a half years since their last live show. The crowd was one of the most energetic the venue had seen in quite some time, the droves of grinning, clapping attendants getting as close to the stage as possible, belting out every word of each pop gem the group had released, chanting at bassist Kevin Baird to “down” a pint of Guinness between songs (he did). Singer Alex Trimble seemed utterly overwhelmed by the response, becoming somewhat lost for words when addressing the crowd amid the applause. The sound is great, the mix crystal clear and for a band who hadn’t shared a stage in that length of time they sounded nothing but confident and joyous while they ran through the set. 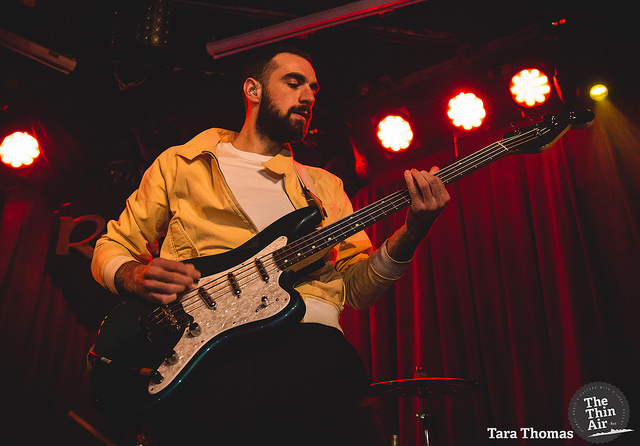 They played everything you’d expect them to play, with ‘Something Good Can Work’, ‘I Can Talk’, ‘Next Year’ and ‘Sleep Alone’ getting responses that one would have expected at a festival, an audience jumping up and down, bellowing every word, even a case of shoulder sitting (though very brief). Honestly, it was all a bit odd. For a band to have fizzled out to a degree over two years ago to come back and receive a response like this was impressive and surprising to no one more than the band members themselves it seems. While no new material was debuted on the night a new album has, so they said, been finished “since last Friday” and will be on the way in the coming months.

It will be interesting to see where things go from here for Two Door Cinema Club. With eyes and ears suddenly being pointed right back at them, the pressure is on for them to bring out a third album that can stand up to the rejuvenated buzz. They played a stormer of a bright, indie-pop songs tonight, and everyone in the room had grins spread across their faces by the end. Let’s just hope the band can keep this momentum going when new material starts entering the set. Eoin Murray