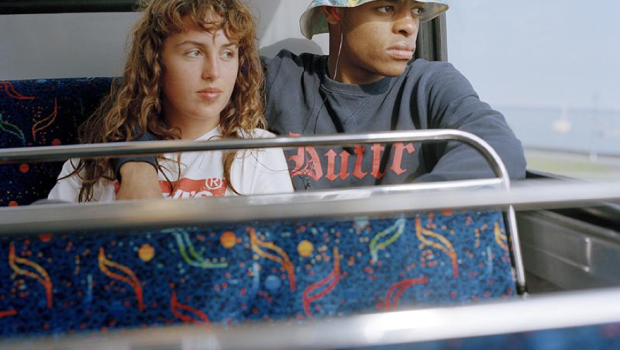 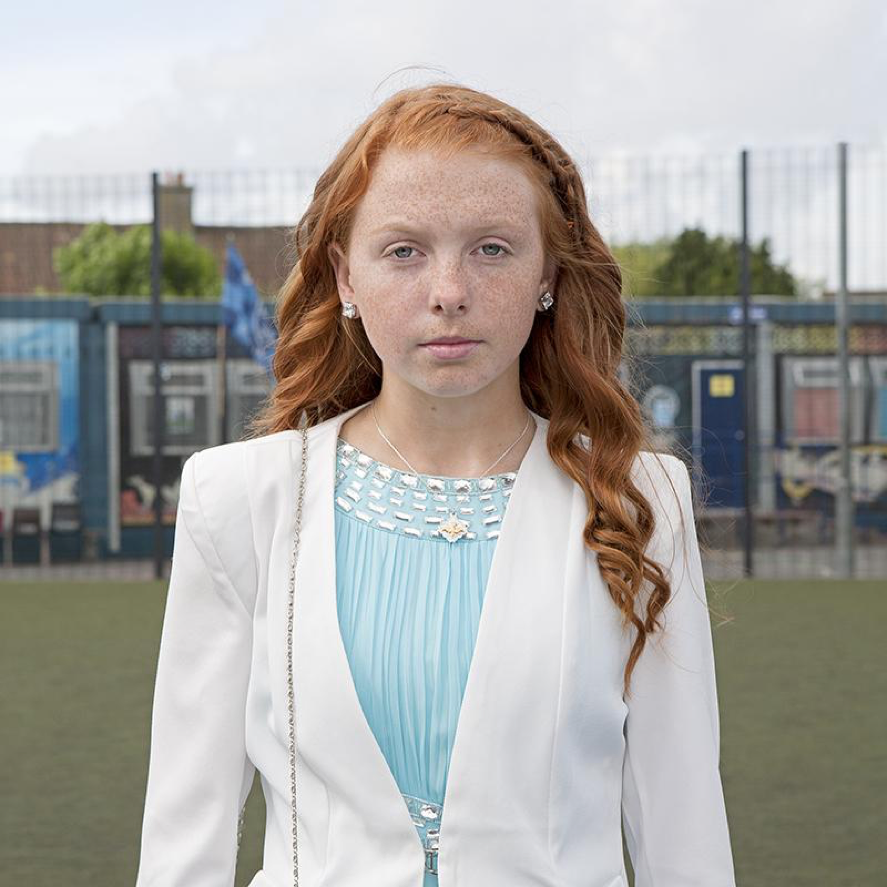 July is a strange month in Ireland, an interim of sorts. It’s the summer month without a bank holiday. Most sports have taken a hiatus. The Euros are done and dusted. Even the GAA Championship, that bastion of Irish summer months, doesn’t really start until August. The Leaving & Junior Certs are over, as Alice Cooper once said – school’s out for the summer. You could be half tempted to either count down or whittle away the days until that glorious long weekend at the start of August – and with the weather we’ve had this week who’d blame you. Fortunately since 2010 July is also PhotoIreland month. When it comes to photography, as an island, we we punch well above our weight. In that fight key institutions in our corner has been PhotoIreland and The Library Project. Anyway enough whimsical analogies, check out four key shows from this year’s festival along with details of the full schedule, enjoy.

“You catch glimpses of the surrounding gardens that echo the impact man has had on the landscape – something that resonates loudly in the 11 artists’ work.” 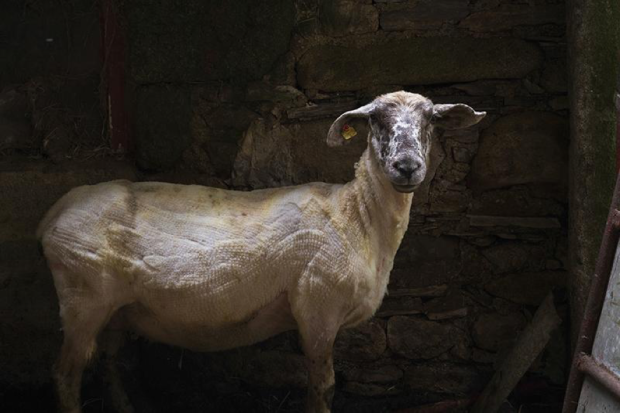 What: How to Flatten a Mountain
Where: Rathfarnham Castle

By far the most ambitious of Photo Ireland’s projects in recent festivals has been this year’s flagship exhibition – How to Flatten a Mountain. A collaborative effort between the festival and Cow House Studios that saw 11 international artists descend on the studios’ Wexford hub for a ten day intensive residency. The artists, who range from Denmark to Japan and many stops in between, took part in a variety of workshops that included printing and editing which were hosted by a number of Irish photographers, among them Paul Gaffney and Miriam O’Connor. The resulting work is a look at the impact of human life on a given landscape, and is also very much a document of the mindset the artists took during the residency as well as the processes they undertook. Hosted in Rathfarnham Castle, the Elizabethan stronghold come decadent Georgian house, the show benefits from both a sympathetic and grandiose setting. As you enter ‘The Long Gallery’ on the castle’s first floor you find the show in-situ surrounded by original features and Jesuit installed paintings nestled into the ceiling work. As you view the works and books on display you catch glimpses of the surrounding gardens that echo the impact man has had on the landscape – something that resonates loudly in the 11 artists’ imagery. The space and works play off each other and the castle itself serves as one the uniquest and most beautiful settings you’ll find for an exhibition this year. If you advise that you are there to visit the show the staff will kindly provide you with a concession ticket that allows you to explore the upper floors of the castle as well – just in case you needed anything else to twist your arm!

“The resulting imagery has been presented in a series of large square weatherproof boxes and placed on interconnecting metal walkways.” 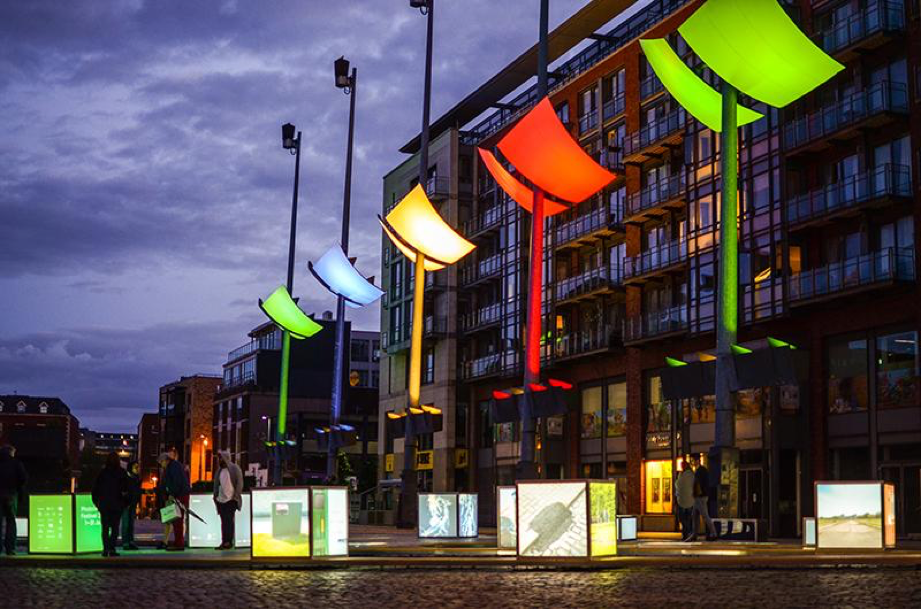 What: Flâneur by Dublin
Where: Smithfield Square

While the ambition and execution of How to Flatten a Mountain was always going to be difficult to top, Flâneur by Dublin, the eye-catching installation in Smithfield Square, provides a worthy challenger. Part of the European initiative that involves 11 cities, the project is a look at the notion of a Flâneur . Described as ‘a man who saunters around observing society’, all photographers by their very nature and practice are Flâneurs. This project sees this role take centre stage and encourages the photographer to think greater about their role of observing, recording and ultimately presenting the city they have encountered. To enhance this idea of a traveller experiencing a city, PhotoIreland invited English photographer Rik Moran and Germany photographer Esther Tiechmann for residencies in Ireland earlier this year. The brief for the project was to focus on the use of ‘public space as a social territory’, with the photographers taking part in workshops and masterclasses in the locality. The project seeks to look at three aspects of the city: The City, The Quarter and The Square – in this the photographers would examine the city as a whole, workshops would take place in the area where the installation is to be installed in order to stimulate local involvement and finally, the installation itself in response to the area it is placed in. The resulting imagery has been presented in a series of large square weatherproof boxes and placed on interconnecting metal walkways. These boxes then illuminate at night to form large lightboxes and ensure the exhibition is accessible 24 hours a day and ensure it it always engaging with the environment it is placed in. The phrase ‘you’ve gotta see it to believe it’ is frequently over-used, here it barely covers the brief.

Flâneur by Dublin finishes slightly earlier than the other shows in this year’s festival, ending on July 24th. Be sure to marvel at it before it goes.

“Where as How to Flatten a Mountain and Flâneur by Dublin will provide the stand-out moments during this year’s festival, it will be New Irish Works that provides her legacy.” 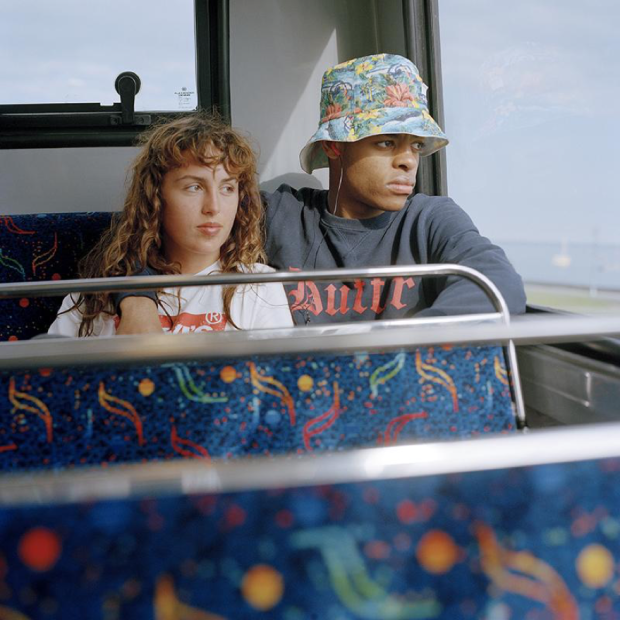 What: New Irish Works
Where: The Library Project

New Irish Works returns to PhotoIreland following the successful publication and exhibition series of the same name in 2013. As with many of this year’s shows, it is more ambitious and bolder. 2013’s version saw a single anthology of  25 projects with seven accompanying exhibitions in Limerick, Cork and Dublin. This approach has been expanded with 10 month-long dual shows being hosted in The Library Project in Temple Bar from July 2016 to June 2017. Each show features two artists selected by an international panel of 23, with each show also having it’s own publication under the New Irish Works banner. The series kicks off with Darragh Soden’s Young Dubliners and Mandy O’Neill’s Promise. Both projects look at youth and youth culture in Dublin, albeit from a different viewpoints and age categories – with Soden documenting the transition to adulthood and O’Neill looking at life in an Irish Primary School. As well as the Dublin based exhibitions, the works will Travel to PhotoEspaña and Paris Photo, further enhancing the exposure these great bodies of work will receive. Where as How to Flatten a Mountain and Flâneur by Dublin will provide the stand-out moments during this year’s festival, it will be New Irish Works that provides her legacy.

As well as Daragh and Mandy’s work be sure to check out The Asia-Pacific Photobook Archive and Fotobook Kassel Dummy Award 2016 when you’re in The Library Project, both are excellent photo books presentations.

“Hypnotic and inviting, IDEALS serves as the dual function of being a both great introduction and recap/finale to this year’s PhotoIreland.” 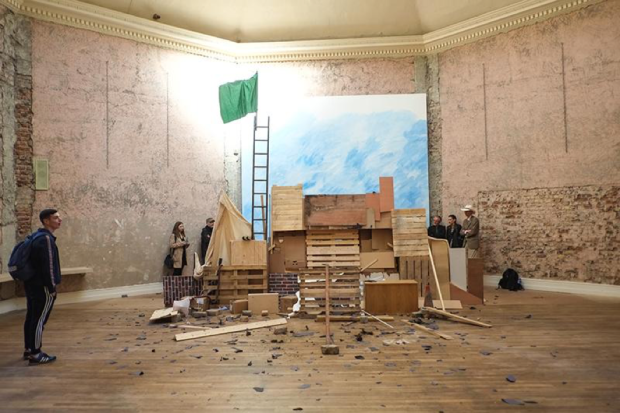 What: IDEALS
Where: City Assembly House

Located within the City Assembly House’s octagonal gallery room is IDEALS – an installation featuring a catalogue of projects that feature in this year’s PhotoIreland festival. The space was built in the first half of the 18th Century and is the first purpose built gallery space in either the UK or Ireland, with the venue hosting it’s debut show in March 1766. The exterior facade of the building is currently undergoing extensive restoration and the installation located in the heart of the building echoes the delicate level of conservation the space is in. What initially seems like a battle trench come blockade from the front reveals a trio of screens nestled behind. On the screens the photographers’ work flash past in various different speeds as seemingly random texts interlude in between. Spend a moment and the works begins to behave off each other and those texts evolve to become statements, comments, almost goals of the works your viewing. Hypnotic and inviting, IDEALS serves as the dual function of being a both great introduction and recap/finale to this year’s PhotoIreland. So regardless of what stage you are on your adventure through Dublin, and this year’s PhotoIreland festival, be sure to pop into City Assembly House.

Youngdon Jung @ Copper House
Enda Bowe @ VISUAL Carlow
SEEING: What Are You Looking At? @ Science Gallery
Ste Murray, My Mistakes Were Made For You @ CHQ
Historias Inmediatas @ Instituto Cervantes Dublin