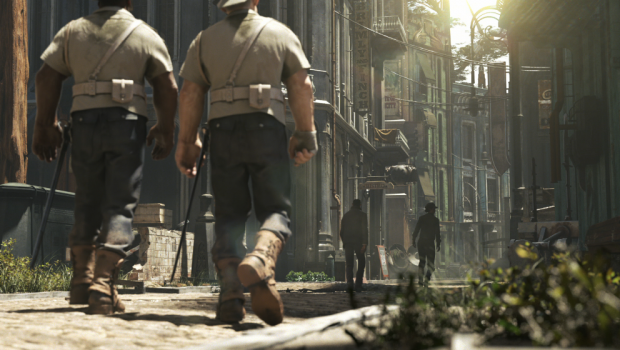 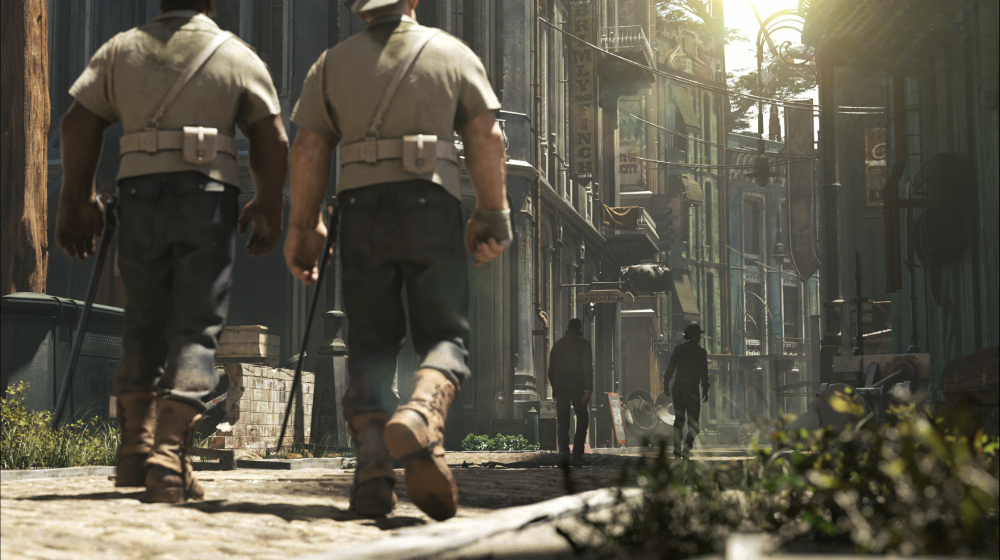 Freedom. Many videogames claim to offer it yet few actually deliver it. Sure, designers have figured out ingenious ways of presenting the illusion of freedom, as the folk behind this year’s debacle of No Man’s Sky learnt to their great cost. The PR machine behind the release of that game promised millions of planets to explore, almost infinite species to discover, countless resources to gather, all of which were supposed to add up to billions – yes, billions – of hours of gameplay. This is pure silliness of course. Not even Peter “Insania” Andre would believe such an outlandish claim. And even it were true, who would want such a thing? I don’t know about you but I don’t want to spend the next 5 billion years playing a videogame. I have things to do,  people to see and, well, other games to play.

Other games, however, actually do offer freedom – or, at the very least, are savvier when it comes to finding ways of concealing the fact that the medium tends to be plotted around strictly linear parameters does a great job at making you believe that you have complete agency and that your decisions are your own. The plot is a continuation of that from the first game, albeit fifteen years later: in the European city of Karnaca, the assassin Corvo Attano is the protector of Queen Emily Kaldwin, who has been deposed by a sketchy figure by the delightful name of Delilah Copperspoon. Here, you are given the choice to play as either Corvo or Emily, whose styles and skills are different enough to be worthwhile, and the chaos begins… but only if you choose the path of chaos. You see, Dishonored 2 immediately offers two very different play-styles: there is the stealthy approach, where you sneak about, choking guards until they fall unconscious and hiding their dozing bodies in darkened corners; or the violent way, where you romp around shooting, slicing, incinerating and bludgeoning anyone who gets in your way. Taking this approach, however, will have a direct impact upon your experience. For example, the game ending will be markedly different if you choose wrath and fury over patience and mercy. Corpses attract parasitic “blood-flies”, swarms of nasty little critters that make progression much more difficult, and in some cases create “Nest Keepers”, grotesque zombie-like slaves reminiscent of the hosts in Ravenholm in Half-Life 2. It’s a neat trick, and besides, there is much fun to be had finding different ways around, through and under the city’s locations. The challenge of sneaking past all guards, ghost-like, never gets old, and demands multiple playthroughs so you can discover the multiple ways of completing a stage.

Accordingly, the level design is exceptional. Initially, it is the sumptuous visuals that grab you: the architecture, whose apparent age and grain creates the very real sense of a living, breathing culture, along with the attention to detail in shops, cafés, hospitals, guard posts, homes and surgeries. Each of these places can be explored, not only building up the mythology of the game world but also creating different routes to your objective. So, if you want to teleport behind a guard, knock him unconscious and throw him off a bridge to distract other guards, that’s grand. If you want to zip through a fly-infested apartment block before dropping down into a canal so you can swim past a sentry, go right ahead. Once you understand the topographical language of this universe, you will begin to see alternate platforms, portals, climbing chains, ladders and passageways reveal themselves to you. Then there are a couple of entire levels that function as giant three-dimensional puzzles. Notably, the clockwork mansion, with its moving platforms and mechanical guards, is an exercise in lateral thinking that brings to mind the most ingenuous temples in the Zelda games. It really is that good.

Dishonored 2 is impressive for all of these reasons but also, and crucially, because it dares to do things differently. In a medium where many development houses take the easy route of knocking out another lacklustre first-person-shooter or annual instalment of a sporting franchise, Arkane Studios deserve full credit for taking risks on this deliciously dark adventure. Ross Thompson