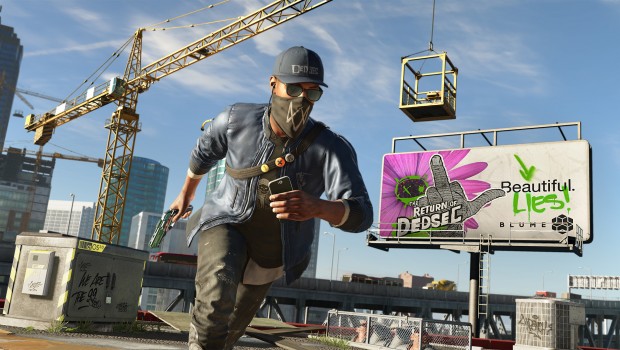 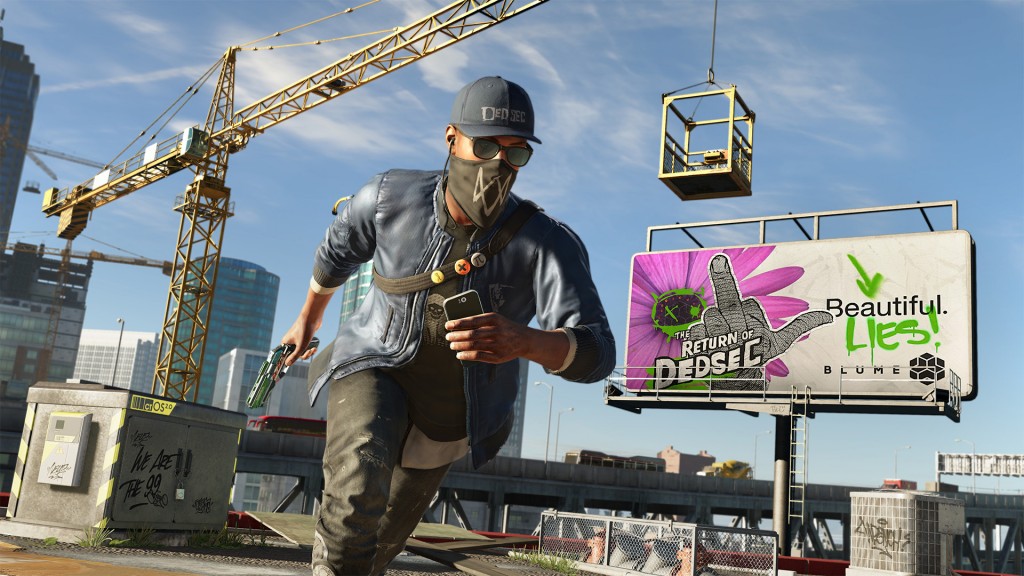 Possible responses to a question about computer hacking:

1)    Love it, bae! I stole my dad’s password on Amazon and I ordered the new Maroon 5 album without him knowing. Hacking FTW!!!

If none of the previous phrases make any sense to you – and why would they? – then you are most likely to be bamboozled by Watch Dogs 2, Ubisoft’s sequel of sorts to its open-world hack-‘em-up from two years ago. Although widely vaunted during its long gestation in development limbo, the final product received a muted reception upon release, and did not quite gain the traction that the publishers would have liked. The problem, it seemed, lay with the game’s tone, which was largely downbeat, helped in no small part by the doom-laden, rainy setting of Chicago and a central character who seemed to take no delight in his extensive skills; rather, he viewed them as an encumbrance that kept leading to more trouble.

With this sequel, however, it transpires that Ubisoft have not only listened to fan requests and critic complaints but also have taken their cue from other recent releases in a similar vein. While most of the central game mechanics have been retained – disabling fire alarms, remotely controlling vehicles, spying on unsuspecting folk with webcams, siphoning money from bank accounts etc. – Watch Dogs 2 shakes things up in several major ways. Firstly, the setting has been moved to a reduced map of San Francisco Bay, whose blue skies, old world architecture and hippy ethos make for a nice juxtaposition to the computer tech carnage that you are able to wreak in the wonky, near vertical streets. Secondly, our protagonist is now Marcus Holloway, a street-smart vigilante whose Robin Hood approach to ripping off shady corporations and tech companies make for a much more likeable avatar. As in most games of this type, Marcus has a set of skill trees that can be boosted with XP, opening up a range of new abilities that make him a more effective and powerful adversary. This time around the grid, there are other gadgets and gizmos at your disposal, most notably controllable drones and tiny vehicles that are perfect for sneaking into warehouses, harbours, businesses and other areas. These levels and sub-levels can be managed in a variety of play-styles, and using a combination of techniques often yields surprising results. You want to manipulate a surveillance camera to blow up a mobile phone in the pocket of some security goon so you can hack into a mainframe and steal someone’s identity? No problem.

Another change in the Watch Dogs universe is the shift in tone. Gone are the ponderous speeches about worrying about endangered relations, and ushered in are comedic sequences such as a chase in an automobile pimped up to look like and sound like KITT from Knight Rider. Further light relief is provided by the members of DedSec, the underground “hacktivist” group of misfits and oddballs who supply much of your info about missions and the like. This addition of a sassy-mouthed gang, coupled with wacky flights of fancy (a 3D printer that makes guns, for example), pushes Watch Dogs 2 close to the territory of Saints Row – it isn’t quite as outlandish but it’s getting there.

Fans of the television series Mr. Robot will find much to like about Watch Dogs 2, which is more playful, irreverent and at times inventive than open world games of its ilk tend to be, without the gratuitous sexualisation of female characters. Full credit must go to Ubisoft for allowing the designers to let their imaginations off the leash. At times, not all the jokes land as well as they should, and the sudden shifts into violent sequences are admittedly jarring, but there is so much to do – so many phones to hack, identities to steal and objects to control – that these count as minor issues. Ross Thompson