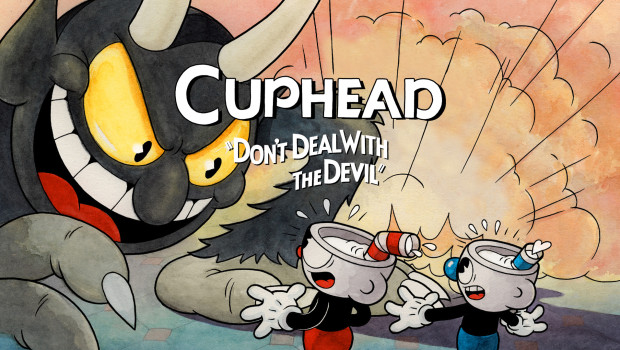 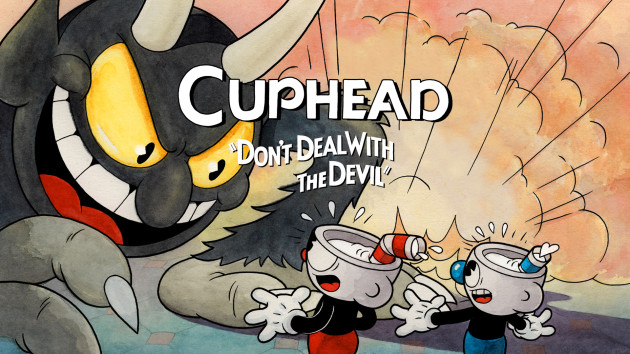 To paraphrase Bill Murray’s character in Ghostbusters, here’s something you don’t see everyday: a side-scrolling shoot-‘em-up presented in the lovingly hand-drawn visual style of 1930s Max Fleischer cartoons. An unhinged fever dream in which Betty Boop is reimagined as a vindictive mermaid with an octopus sitting on top of her baby doll head, frogs in boxing gloves duke it out in a riverboat speakeasy to the manic strains of a hopped-up jazz soundtrack, and a sambaing screen-sized flower pelts its enemies with explosive carrots. This is just a taster – an amuse-bouche, if you will – of the consistently inventive and gleefully deranged Cuphead, the long awaited, frequently delayed game from a fledgling studio with no shortage of ambition. Stylistically, Cuphead has little in common with fellow indie games Inside, Oxenfree and Broforce, yet they inhabit a similar space in terms of their attitude, for this wholly original shooter dares to do something truly different with the medium.

Of course, the first thing that strikes you is its presentation – quite literally, as the pen and ink visuals pop out of the screen on ACME spring-heeled boots. The colours are so rich, the lines so sharp and the artistry so vivid that it is tempting to spend all of your time stuck on the title screen gawping at the clear sense of vision on show. Cuphead himself, along with his brother Mugman, is a cutie pie character with the dress sense of Steamboat Willie era Mickey Mouse who hoists up his red shorts before every round, winces when he is hit by projectiles and jigs along with the many big band and ragtime numbers that lend the action a further layer of propulsion. So infectious is our protagonist that it is easy to ignore the nature of his motivations: after losing a bet with the Devil himself in an infernal casino, Cuphead must traverse a game map whose presentation recalls those of Donkey Kong Country and Toe Jam And Earl, collecting the souls of defeated foes as payment. Most folk forget that classic cartoons such as Felix The Cat could be equally subversive and surreal, and that is absolutely the tone established in Cuphead, yet it says a lot that the depiction of Old Nick as a mafia boss is not the most terrifying thing on show here. A harlequin goon in a demonic bumper car, for example, is pure nightmare fuel, yet each of these oddities are tempered by the presence of animated gobstoppers, ladybirds and tweety birds, each with mile wide smiles.

All of these rubber hose aesthetics would not be quite so appealing if they were not bolstered with challenging gameplay, and Cuphead has that in spades. In many ways, it strips everything back to the basics: levels are split between run and gun sections in the vein of Contra, Gunstar Heroes or Metal Slug, and flying bullet hell sections reminiscent of R-Type, Gradius and, more recently, Sine Mora. Many of these levels are essentially boss rush battles that last no longer than two minutes yet the player will be revisiting those battles over and over again. These encounters are, to put it mildly, punishing, often to the point of making you want to hurl the controller into the firmament yet a better response is, to use Samuel Beckett’s maxim, fail better. Each of these bosses follow set patterns, and in true old school gaming style, memorisation is a key skill for defeating these Big Bads. Also, each boss mutates three or four times, taking on surprising new forms as the battle becomes more intense. Let’s not spoil too much about how exactly they change but watch out for an early appearance of Hilda Berg, a half flapper, half zeppelin on a unicycle who transforms into, amongst other things, a star-spitting mechanical crescent moon. Again, the level of unfettered imagination on display is staggering, and while these foes may be tough, the control scheme is so tight and responsive that adapting to the speed is all part of the process. More grievous is the fact that these enemies do not have a damage bar, so knowing when they are going to pop their clogs is a complete mystery. This can be frustrating – we’re talking deeply, deeply renounce your family tree and head to the hills to live as an anchorite frustrating – as can be the supposed power-ups, several of which give and take away in equal measure. A potion that grants an extra life heart also slightly weakens your firepower, stronger weapons are shorter range and so on.

Such is the way of Cuphead, a game that absolutely will not give you an easy ride and requires intense concentration to play, let alone make it to the final showdown. In that regard, this title has more in common with Eastern videogames, which are renowned for their increased difficulty level, rather than those watered down titles that we receive in the West, many of which can be completed without any great effort or cost to the player’s mental health. This challenge is part of the fabric of Cuphead and at no point do the designers apologise or make amends – there are no shortcuts and no cheat codes, just twitchy, nail-biting, heart-thundering graft, and the sense of achievement when finishing one of its proving grounds is incredible… until the next level starts, and the next boss appears, and your heart sinks. Sisyphus would weep at the pacing of Cuphead, where every victory is another defeat waiting to happen.

Put simply, there is no other game around right now like Cuphead. and one suspects that it will be a long time before another release rivals either its boldness or its beauty. This swig of retro-inspired pop culture may borrow from a tapestry of different influences but its charm is all its own. Ross Thompson