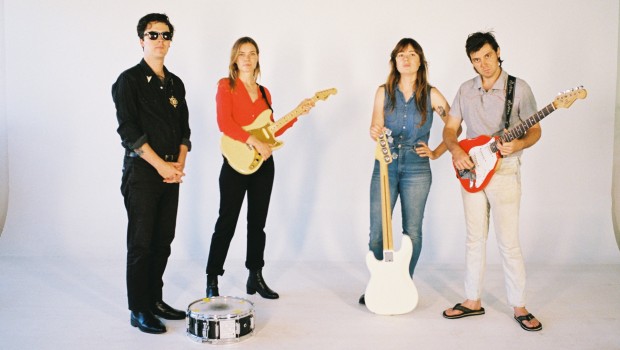 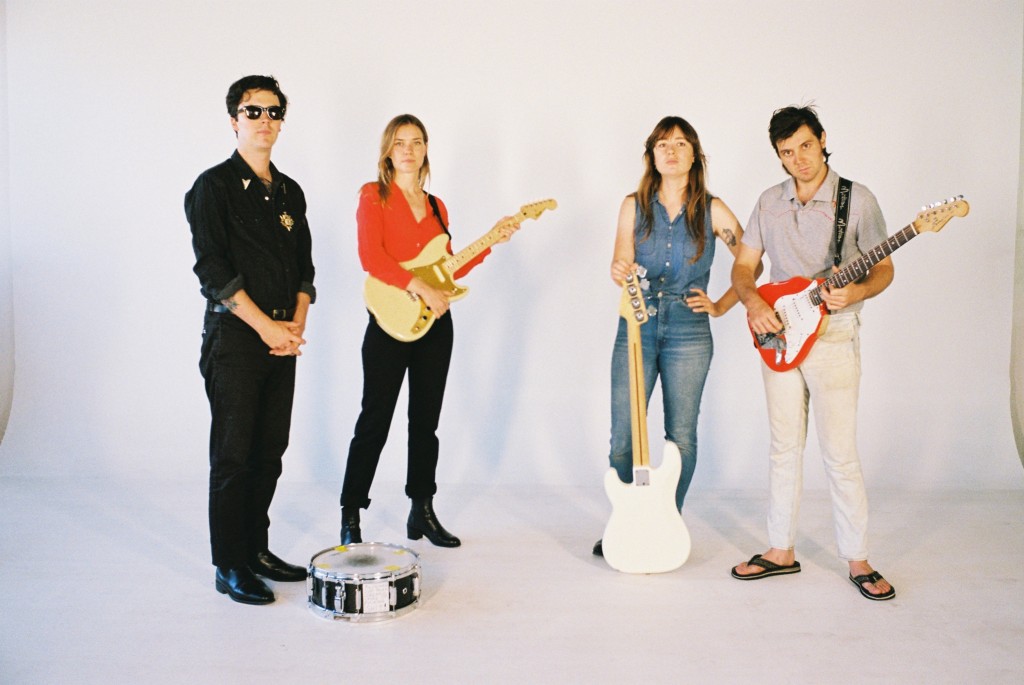 Sea Pinks’ Neil Brogan is a big fan of the Australian band TERRY. So much so that he has turned promoter to ensure the band stop off in Belfast on their upcoming UK tour to promote new album I’m Terry. You can catch them September 7th at Voodoo with a reformed (for one night only!) CRUISING supporting. Neil caught up with Al Montfort from the band for a Q&A that touches on Home & Away, the band’s love of Van Morrison and Melbourne’s place in the global liveability index.

Meanwhile you can catch Sea Pinks launching their new record, Rockpool Blue, over at the Black Box September 28th. Both shows will be unmissable.

For the uninitiated, can you tell us a bit about Terry – who he is, where he comes from, his musical ethos etc?

Terry is four people; Xanthe and Zeph from Sydney, Amy from Auckland and Al from Melbourne. Two couples. Punk ABBA? Sane Fleetwood Mac? Terry have been playing for about 4 years now. We spend a lot of time together. it’s never been a chore. Terry does not support nationalism. Our musical ethos is to make the best songs possible. While we are not the most commercially ambitious group in the world we are very ambitious when it comes to producing top-notch recordings and enjoyable live shows. We love it! Terry needs Metropak, Terry needs Tim Hardin, Terry needs Nusrat Fateh Ali Khan. Terry needs Lady Godiva’s operation.

Terry himself looks a little bit fragile. Does he travel easily, how is he on long haul flights?

Terry, the mannikin, is actually beyond binary gender labels. Terry is currently looking forward to a new outfit of double denim. Terry is loving travelling at the moment. All Terry needs is a couple of tear jerker rom-coms, some valium and a pre-purchased vegetarian meal for the flight. Only then is Terry in heaven.

You’re from Melbourne, second most liveable city on the planet in 2018 according to the Global Liveability Index. Have you any tips for Belfast (64)?

This is your first show in Belfast, what are you looking forward to about playing here?

Belfast is a city with a really rich musical history and I have spent many hours listening to the Stiff Little Fingers, Van Morrison and Protex. Knowing the history of the city I’m confident that it’s people are resilient, interesting and have a story to tell. I can’t wait for a chat. Very excited to see Cruising play!

Why should the people of Belfast abandon any plans they may have for September 7th 2018 and come to see Terry playing at Voodoo instead?

Cos we’ve been practicing. We have great stage banter. The songs have solos. You can ask us if we know your Australian relatives.

Does Terry do requests?

Terry Loves requests! Ask us now though so we can download the tabs

Terry seems to be on a roll with three albums in three years. Tell us about the new record, ‘I’m Terry’.

I’m Terry is probably the most prepared we’ve been with a record going into recording. We started writing after our Euro tour last year which gave us six month to write, wow what a luxury. Another major factor for this higher level of preparation was that last year we got a new rehearsal space. It’s called Ringwood, it’s the best place on earth. We get to leave our gear there set up and we pay by the month which encourages you to use it as much as possible. It’s in a storage unit. The lights are fluorescent. The PA is shot. I love it. We recorded the new record with our friend Mikey (Eddy Current Suppression Ring) in an underused surf life saving club storage shed (you’ve seen home and away?).  It was in a seaside town called Sorrento which is very close to where our ex-Prime Minister disappeared while spear fishing 50 years ago.

What is Terry’s favourite Van Morrison song and why?

I’ve bought about eight copies of Veedon Fleece and given to various people as presents. It’s one of the best.