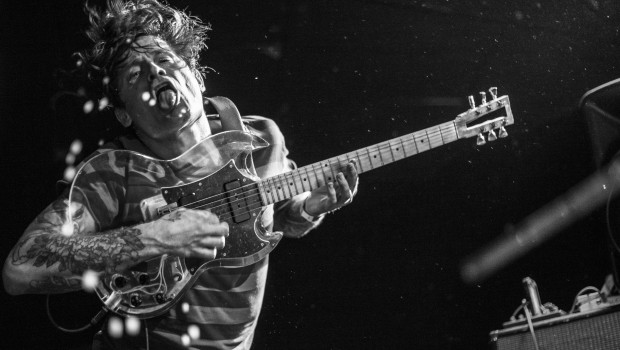 Breaking The Plane: An Interview with Oh Sees’ John Dwyer 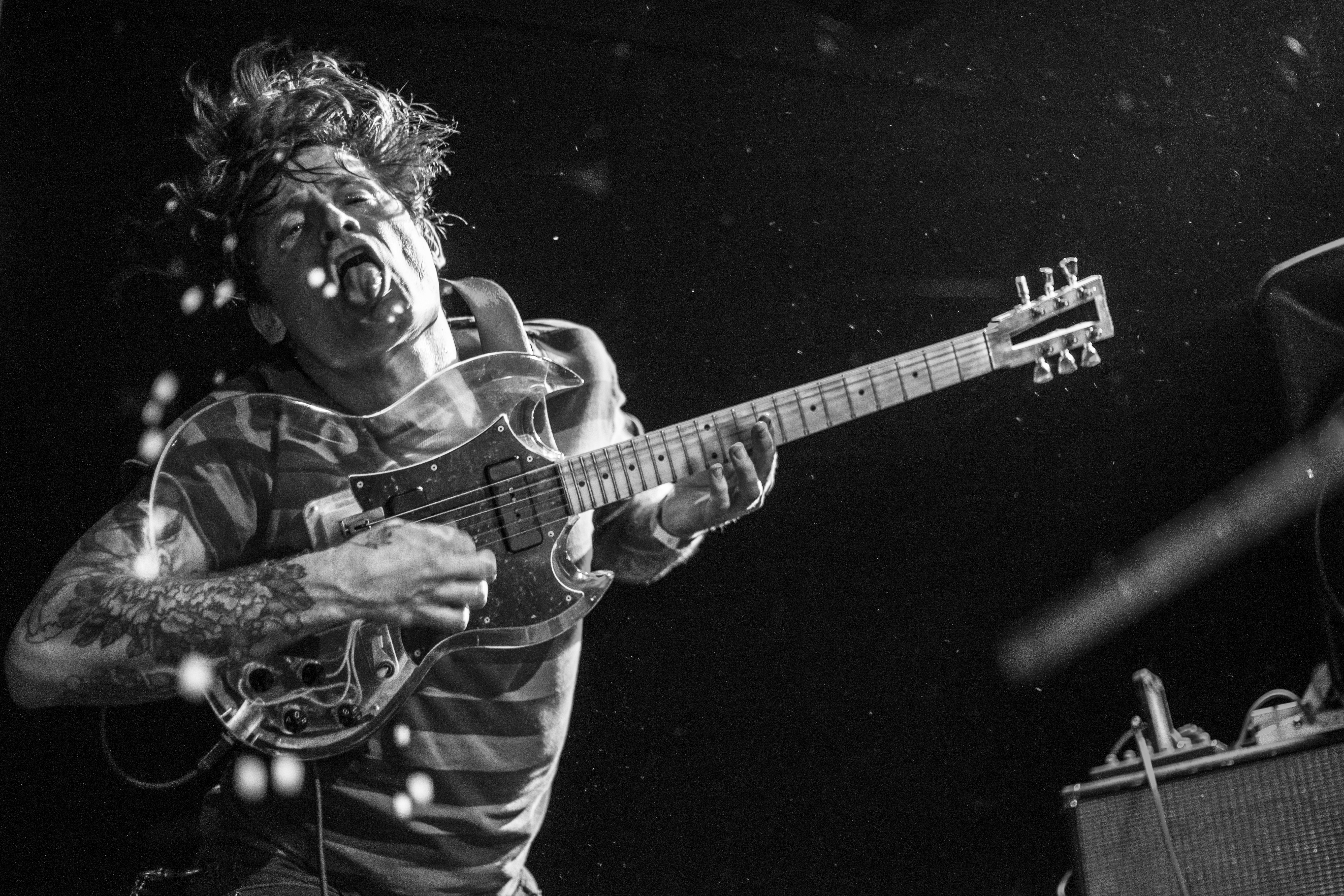 Released last year, Smote Reverser delivered yet another curveballing and nuanced listen from San Francisco garage-psych trailblazers Oh Sees. From the face-searing ‘Overthrown’ to the protracted groove frenzy of ‘Anthemic Aggressor’, it underscored the John Dwyer-fronted band’s rep as arguably the most prolific and forward-pushing rock band around.

On Monday (May 20) and Tuesday (May 21), the band makes their long-awaited return to play Belfast and Dublin. Ahead of that, Brian Coney caught up with Dwyer to talk sci-fi, motivation, keep it exciting twenty-one albums in, what “psych” means to him and more.

Hi John. Ahead of a generally very busy year on the touring front, you’re currently gearing up for a new UK/EU tour. How are you feeling about returning to play on the continent and why is Belfast the best city of the lot?

We are all very psyched to be going to Ireland. It’s been too long. Same with Scotland. Some of the newer members of the band have never been to Ireland so it’s a big deal to us. We had a grand time last time around so I’m hoping we can bring more new music this time around. I recall just hanging out and drinking after our last show in Belfast, just having a few laughs and really enjoying meeting some folks. My gran always wanted me to go to Ireland so I’m doubling up on making her proud.

Oh Sees’ fans are a singular breed. Many are fantastical, collecting every bit of wax you put up, and ensuring they’re at every show they can possibly make. Was there a band like for you growing up in Providence, as well as San Fran and LA?

I was very fortunate to have grown up in Providence and be pulled towards the arts. There’s a lot of that energy there with all the schools every year. There was a new crop of young people to bleed dry for inspiration and the scene was undeniable when I was a kid. Lightning Bolt, Arab on Radar, Landed, Six Finger Satellite, La Machine … the list is pretty long. And then there were a ton of collectives and spaces doing shows in these old factories, as well as Fort Thunder, Redrum and The Dirty Palace, so it was very easy to live there for cheap and make art and I definitely drew inspiration from all the people involved in the aforementioned acts and spaces.

Both live and on record, it’s a bona fide fact that you are a music-making machine. But where does that restlessness – that desire to push forward, to break new ground, and to melt faces over and over again – stem from?

I try to never let myself be bored or boring (the latter is harder to avoid as many that know me would attest) but I think growing up around all those people who did it themselves and made what they could from nothing was always desirable to me. Even though I’m older now, it’s hard to say now is not a great time in the world to make art. It’s rough out there so every step in the direction of beauty or thought is a right step. Everybody should be involved somehow in trying to make humans seems less like goblins.

Can you recall how you hoped for last year’s Smote Reverser – Oh Sees’ twenty-first studio album – stand apart from other recent releases like A Weird Exits, An Odd Entrances and Orc?

I think the energy of humanity and the world directs your hand, so we can’t really claim total credit for the flow of music on this album. We just write and whatever sticks, sticks. This was the collection of songs that made up Smote Reverser. We went in with zero vision. It was a fun one to work on and sort of set the table for future writing techniques I want to explore.

What gets you out of the bed in the morning?

It’s literally my girlfriend and a beagle. Then it’s tea and maybe getting the blood pumping, then music or art. Or just fucking off all day in between tours. I have no complaints.

You’ve got such a huge breadth of material to choose from for your live shows nowadays. How tricky is it to whittle it all down to two-hour sets?

We can just tell what will work live and what will not. Some tunes are too much to play live, others are lovely on LP but maybe not so much live. But we are trying to mix it up a bit on this trip with some new material and some reboots from days of yore.

Will Lupine Dominus make a return one day?

You’re an avid reader. Has any reading left an imprint of your lyrics on recent albums?

I’ve been digging on lots of sci-fi lately. I recently read Liu Cixin’s The Three-Body Problem, some Frank Herbert – the follow-ups to Dune. Even his son’s books are great. Arthur C Clark. Then I revisited Borges. All of it is a delight. Also, Juan Rulfo’s The Burning Plain… fantastic. I’ll be dead before I can read everything I want. Everything I read finds some place in my art – a line in a book will open up a whole side vein of thought. It’s pretty wicked.

Your house is on fire. I’m sorry. You’ve just about enough time to grab one piece of musical gear – a guitar, a specific pedal, a mellotron, a flute, whatever. What is it and why?

Luckily all my live gear is at the rehearsal space! But if my home burned, for the third time, I would grab maybe the MG-1 or my Melody Maker.

“Psych”, when it comes to music, means different things to different people. A lot of people will mention Oh Sees when they reel off what they think. But what things, in the musical realm, spring to your mind when you read that word?

A pigeon-hole but I’ve been called worse things. I think “psych” is just any music that sounds good when you are high, to put it simply. And that can be anything to anybody. If it takes your mind or heart or whatever on a journey then there you have it. It breaks the plane

The Chinese have a proverb: “if you neglect your art for one day it will neglect you for two days.” Do you agree?

Sort of. It’s easy to get cocky or out of touch. I play everyday if I can. Something, anything. Just to keep a foot over the line.

Lastly, do you feel that it’s possible for some musicians to have something of a telepathic bond when making music?

I think you can emulate it with someone you’ve worked with for a while or if you just have amazing chemistry. A lot of that appearance comes from listening, so your pieces don’t kill each other.