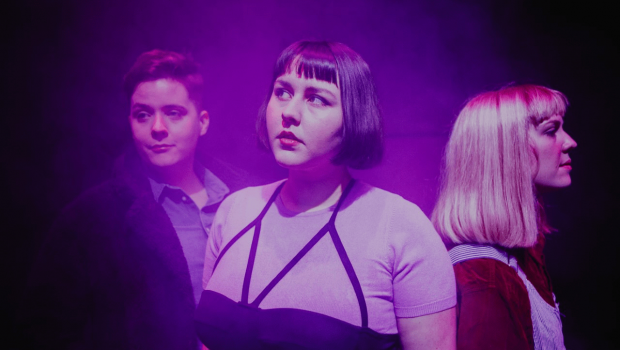 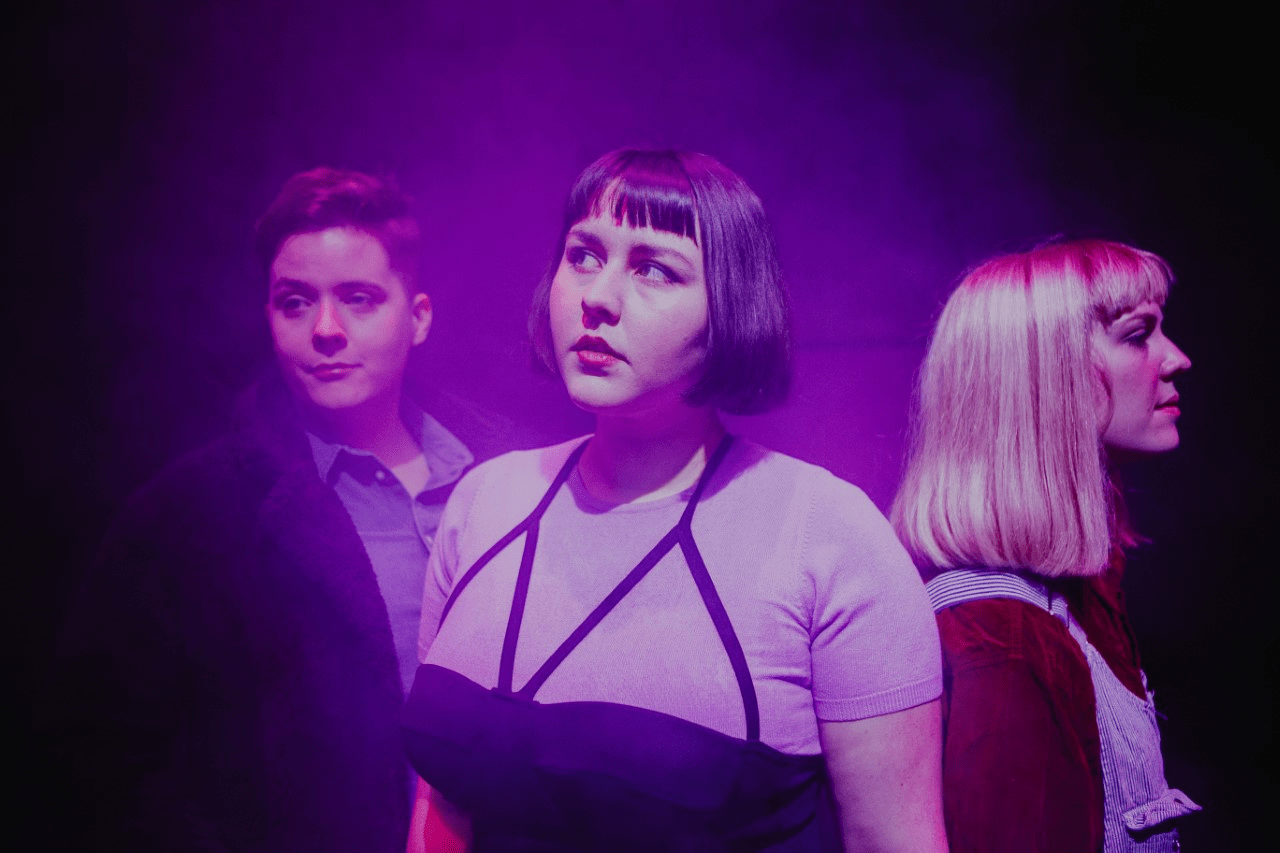 A burst of unseasonable warm weather (for June) grips Belfast, spending an evening in the MAC’s windowless theatre space to listen to Beauty Sleep officially launch the launch of their album ‘Be Kind’ feels a touch counter-intuitive. We’ve seen precious little of the big yellow ball in the sky of late and perversely fate has decided place two of the summeriest things to happen to the city all year in direct competition. Pathetic fallacy is all well and good when it’s pissing down outside but on days like this it’s just annoying.

In spite of the glorious showing outside a very healthy crowd is settling in when Molly Sterling is introduced by our Master of Ceremonies of Harmony.

Tipperary’s Molly Sterling is opening the evening and seems genuinely delighted with the privilege. She’s all smiles, gratitude and self-deprecation as she takes her spot behind her keyboard, she does give a fair warning before she begins “…sorry, this will be some very emotional techno, you best hold onto your seats”. It’s a sensible caveat, this is heart felt and while not exactly overtly cheerful stuff, it’s all mood and slow melodies cut with a voice that’s somehow vulnerable and assertive at all at once.

Sterling utilises the absence of sound between the notes to underscore, emphasise and dramatize what she does with her voice hypnotically. This is not at all what you’d expect from a former Eurovision contestant and, justifiably, the crowd seems entranced by it, barely a peep coming from them throughout the performance. At one particularly quiet moment a single voice in the crowd could be heard barely whispering an approving, “Bitch please!” in the quiet after one of the many arcing soulful vocal crescendos. Ms Sterling signs off with an astonishing, understated and very personal piece called ‘Intimacy’ before bidding the crowd a warm farewell and receiving the same in kind, letting loose with another small volley of thank you’s as she goes.

The room is as-near-as-dammit full after the late coming sun lovers finally creep in to take their seats during DJ Time of the Month’s superb and very on brand delivery of a set of Euro-cabaret beats and sub-disco bangers to keep the mood light and lively while we wait for the evening’s main attraction.

In a burst of light, the whole space is awash with twinkling reflections of a glitter ball in front of the stage, the band take their places, delighted grins plastered on their faces. They come across as cool but just not that bothered about not coming across as cool (Which in itself is pretty cool).

Leading with ‘On Repeat’ we are soon welcomed by our hosts. They really seem like they couldn’t be any happier than they are right now, amid the dry-ice clouds and lurid stage lights, ever so slightly out of breath. Progressing through their set, only really pausing to effusively thank the audience for joining them this evening, declaring that “…releases can be anticlimactic when they finally come, we wanted a party, this is just perfect”. The set is a choice selection of songs from ‘Be Kind’, they follow up with their recent single ‘Nature will eat me’ and ‘Lies’ before the booming sweep of the hook from ‘Synthetic Debris’ takes the pace up a notch, the audience are gladly lead along with them.

Only one song not included on the album getting a run out this evening is one of their earliest releases, ‘All In’, “This is an oldie, or at least it is where I come from” we hear from Ryan before they count in. Stealing a line from Back to the Future is pretty on the nose for Beauty Sleep this evening, they sound like that lovely, sun-kissed, happy bit of the eighties that never actually happened outside American films, where none of the horrible things like Chernobyl, the hole in the ozone layer or Thatcher even happened. Marty McFly is practically the patron saint of alternate versions of the 1980’s so he’s a pretty perfect icon to invoke even if it wasn’t intentional. These are the keytar-wielding bastard kids of Hall & Oates and the B-52s offering a blissful, breezy brand of carefully crafted pop.

Their finest example of this ethic is presented next, their most recent single ‘Rainbow Ballroom’ is an almost perfect pop-song and the bands delivery does all is can to reflect that. Even an unwilling crowd would struggle to not be compelled to enjoy this performance as we enter the home straight and ‘Be Kind’ (Featuring a guitar sound which could have been stolen from Wyld Stallions) and ‘Feeling Back’ pass by in what feels like the blink of an eye. As the band say their goodbyes and retreat off stage it really does feel like a shame to see them go.

A standing ovation and enthusiastic attempts by the grateful audience to encourage an encore meet with failure – word is that curfew has passed and we really should be moving on. It’s cold outside and the sun’s pretty much gone. Beauty Sleep and pathetic fallacy nailed it tonight. By all accounts, all are happy with the former and wishes they were dressed for the latter. Stu Fletcher