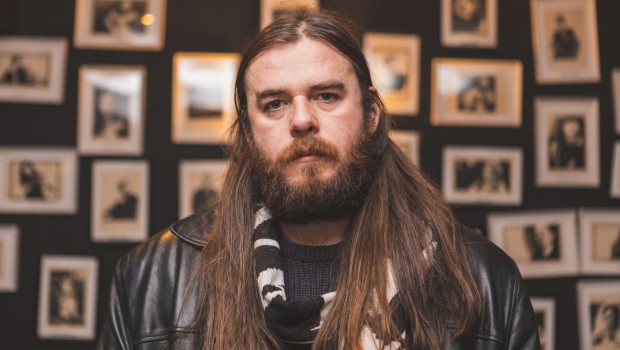 Son of the Session: An Interview with John Francis Flynn 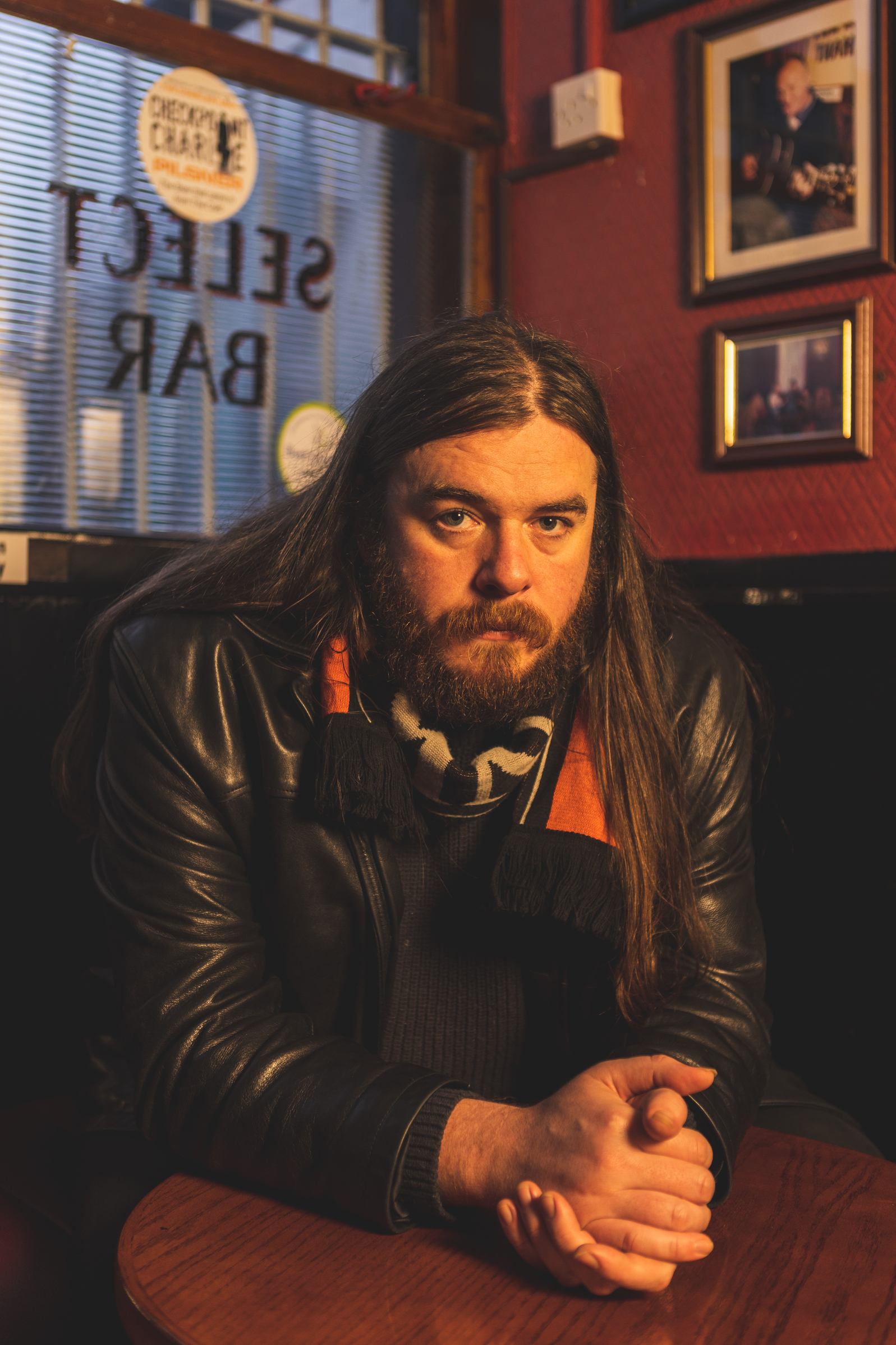 “There were people that shouldn’t know who I am coming to see me.” If there’s one thing you quickly learn when speaking to John Francis Flynn it’s that he’s not exactly prone to entitlement. Speaking over Zoom from his home in Dublin, the singer and multi-instrumentalist is reflecting on his recent debut UK headline tour. It was a run of 15 shows that, if a few glowing reports are anything to go by, were more than a bit special. Not that Flynn would tell you as much himself. “It was kind of mind-blowing,” he tells me. “After two years of lockdown, I was just grateful to be on the road.”

Those shows marked the latest chapter in Flynn’s thoroughly earned rise following the release of his debut solo album, I Would Not Live Always. Released last summer via Rough Trade’s folk imprint River Lea – which is also home to the likes of Lankum and Lisa O’Neill – it’s a finely-woven, deeply immersive trip that, among other plaudits, nabbed the Guardian’s folk album of 2021. Sure enough, Flynn didn’t think such a response was a cert – anything but. “I didn’t expect any of that kind of stuff,” he says. “I don’t make the kind of music that I would generally expect to see in those kinds of lists. It’s not going to change how I make music but it was very heartening to see.”

He may be a new proposition to many but Flynn is no novice. Long before becoming a regular at sessions in pubs across the city, and co-founding globetrotting trad group Skipper’s Alley back in 2011, he cut his musical teeth playing flute and tin whistle in Dublin’s traditional music youth orchestras. It’s a singular trajectory that begins in Northside suburb Marino and fully unravels on I Would Not Live Always. Featuring fellow Irish musicians including producer Brendan Jenkinson and Phil Christie of the Bonk, the album is an exquisite marriage of traditional song and forward-pushing exploration. It comes into sharp focus on rapt reworkings of Ewan MacColl’s ‘Cannily Cannily’ and 19th century sea shanty ‘Shallow Brown,’ but it’s a rare magick that’s summoned from the off. “I got the idea from an Alice Coltrane track, where she starts an album on a mellotron solo,” says Flynn, referencing how Christie’s keyboard flourishes cue opener ‘Lovely Joan’. “It goes on for like 20 seconds and then bang, a lush orchestra comes in. I was like, Jesus, that’s a very interesting way to start an album. I’m going to nick that.” 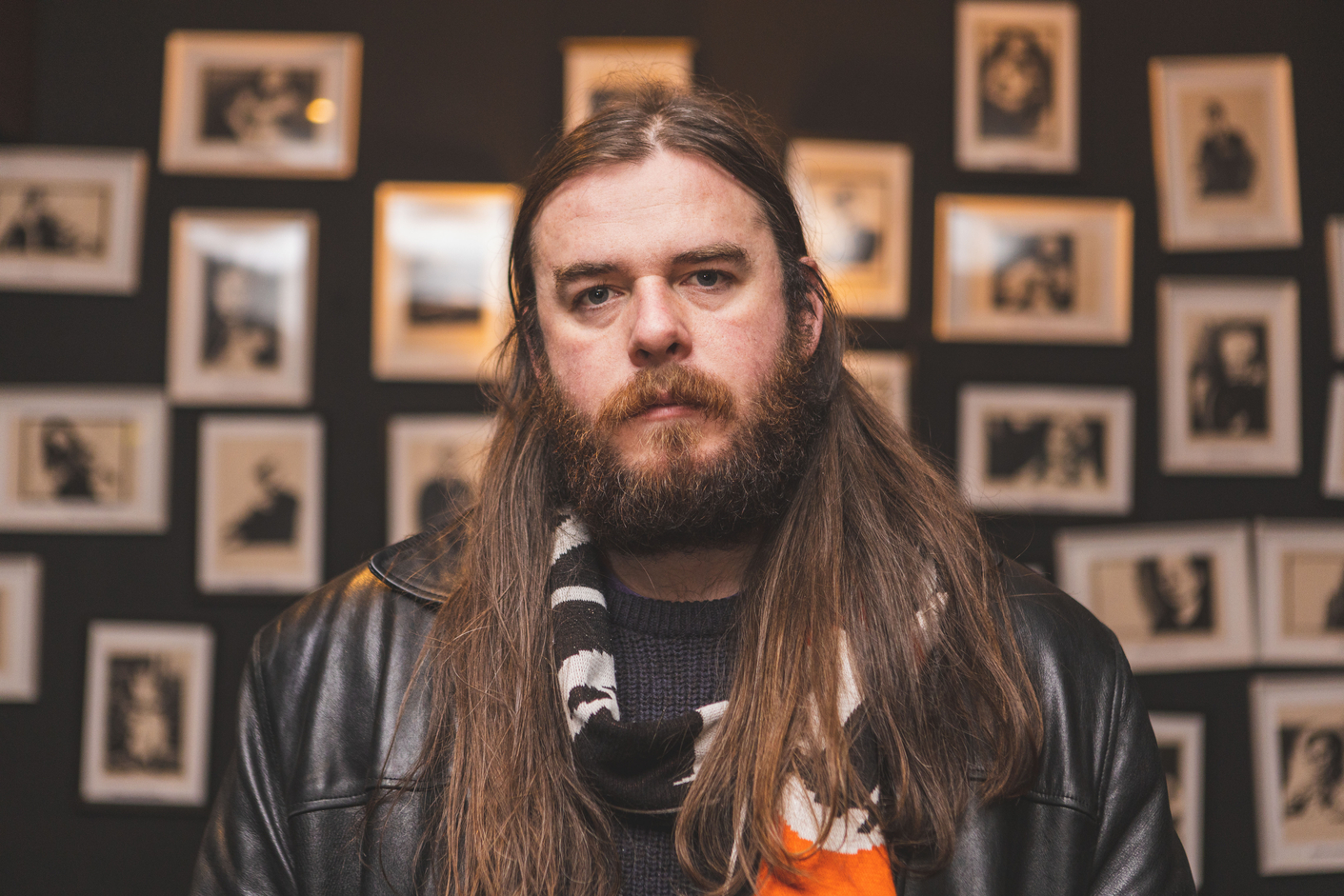 As much in the vein of Frank Harte as it is, say, latter-day Talk Talk, Flynn’s take on the Irish folk idiom unquestionably hits a little differently. But, as the old phrase goes, he didn’t lick it off a stone. To bridge the past with the present with such flair and command, one must honour a lineage that, vitally, is as much about give as it is take. Flynn knows this only too well. In Dublin, that mutual exchange – of song, stories and ideas – would fare very differently without traditional music pubs like McNeill’s on Capel Street and Walsh’s in Stoneybatter. But for Flynn, and many of his peers, one institution stands out on its own. It’s not possible to overstate the imprint it has had on Flynn’s artistic evolution.

“The Cobblestone formed my musical identity,” says Flynn. “I live around the corner so I go there a few times a week. As a traditional musician, it offers a menu of different styles of music every single night of the week. I’m a flute player so, for example, I can go in on a Sunday and listen to Sean O’Broin, or pop by on Wednesday and listen to Catherine McEvoy. Over the course of years, I just went in and honed my craft. I did it for free and I made good friends. With the Cobblestone, not only can you learn a huge amount, you also learn from masters.

At the tail-end of 2021, Flynn became something of an unofficial spokesperson for the Smithfield pub after it became the latest bastion of culture in the city threatened by plans for redevelopment. Aghast by a bid to build a nine-story hotel around the building, Flynn, as part of campaign group Dublin Is Dying, helped to launch the Save the Cobblestone campaign. An online petition gained nearly 20k signatures in a day, and a protest procession – featuring jigs, reels and a coffin with “RIP Dublin” brandished on its side – strode down the quays to the steps of Dublin City Council. “I think there were a couple of thousand at that first protest,” Flynn tells me. “I think people saw the power in our little movement. There was massive hope in that.” 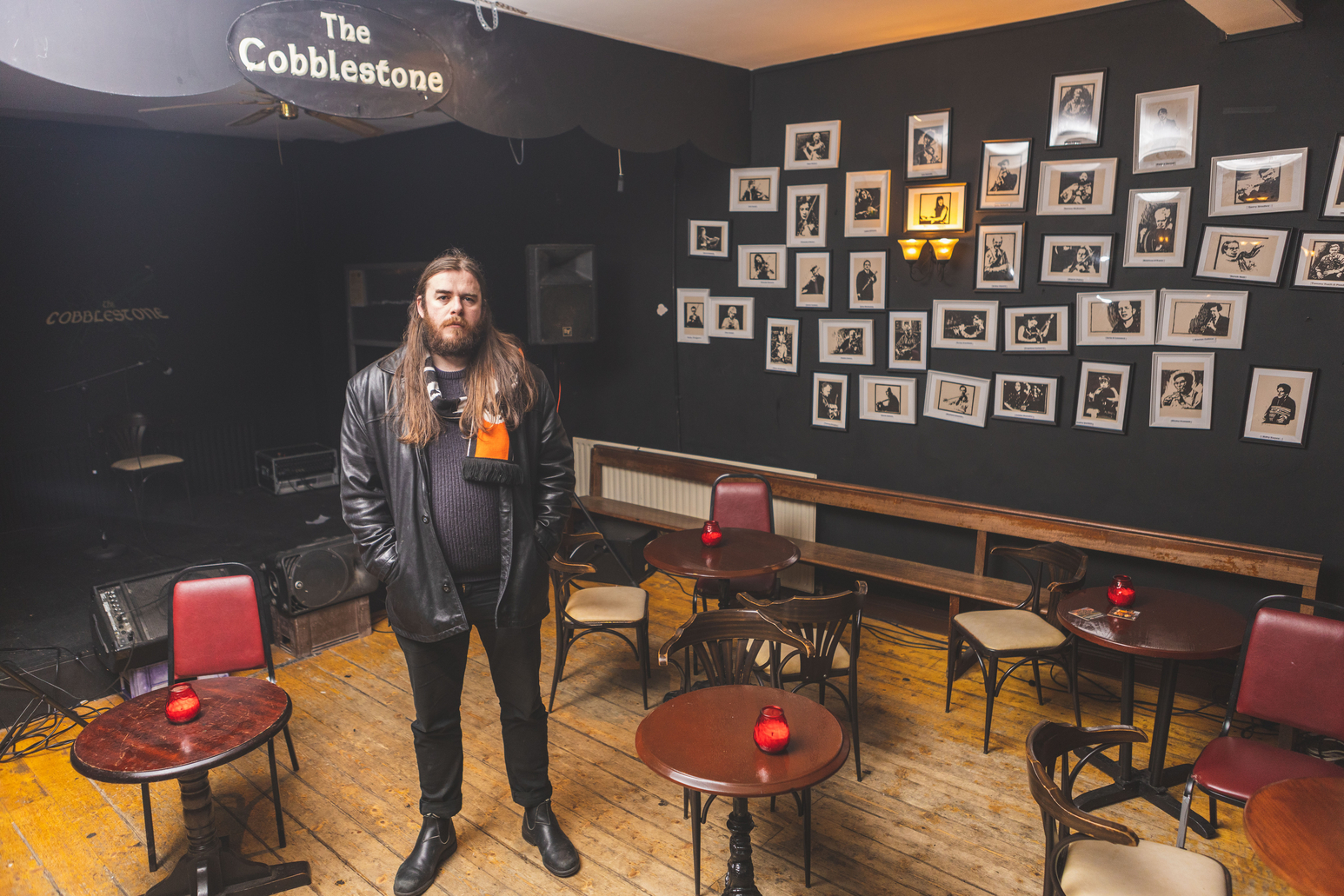 While Dublin City Council refused the initial plans, which signalled a huge victory for the fight against the commodification of culture in the capital, a “scaled-back” plan for redevelopment is still up in the air. Flynn sounds very cautiously optimistic but not at the expense of some critical pragmatism. “If it goes ahead there won’t be much left,” he says. “The Cobblestone is a cultural centre as opposed to just a pub. There will always be people playing traditional Irish music but you’re not going to develop a whole far-reaching, deep-rooted community around it. It’s kind of the same thing with the closure of [Dublin cultural and social space] Jigsaw. We need those kinds of DIY spaces as that’s where people can come together to spark ideas and really connect. Their removal disjoints people. If there’s no focal meeting place, it’s hard to start anything.”

It’s been a life-long discovery, but about a decade ago, Flynn got first-hand experience of just how crucial those meeting places can be. Having studied music at college, harbouring hopes of becoming a secondary school teacher, he turned to sessions for sanctuary when things went a little south. “Shit hit the fan with life in general,” he says. “I had no real plan so I just started doing gigs and I kind of fell into this crowd of people who were just really into traditional singing, which was the Lankum heads and the Landless heads. That scene, whatever it was, was really what kind of spurred everything on. The energy from it was amazing. We were all in it together, just singing songs and drinking pints and playing sessions. Lankum became a thing, Skipper’s Alley became a thing, then Lankum became a really big thing. Then just people started asking me to do solo support for gigs. Eventually I was like, okay, maybe I could do this, but I didn’t know that I was going to commit my life to it. It all very much happened by accident.”

You don’t have to look very far to sense just how seismic that scene has been for Irish folk music in more recent times. From Junior Brother, The Mary Wallopers and Lisa O’Neill, to The Deadlians, Lemoncello and far beyond, the fine fettle of the current landscape can be traced right back to myriad nights of ballads and Beamish in bars such as Cumiskey’s in Phibsborough, a cobblestone’s throw from where Lankum’s Radie Peat and Daragh Lynch lived at the time. “There was the odd session there,” Flynn tells me. “It was just a quiet space to play music – not really a trad pub. There’s where we went when Lankum were on Later with Jools Holland. We watched it on the telly there. I was really fucking proud of the lads for breaking through like that. Thinking back to it, they opened a massive door for everyone. I didn’t really cop it at the time but I’m here talking to you because of that. It’s like what Gilla Band have done for a lot of punk-style bands. They kind of happened around the same time and they both fucking blew it wide open.” 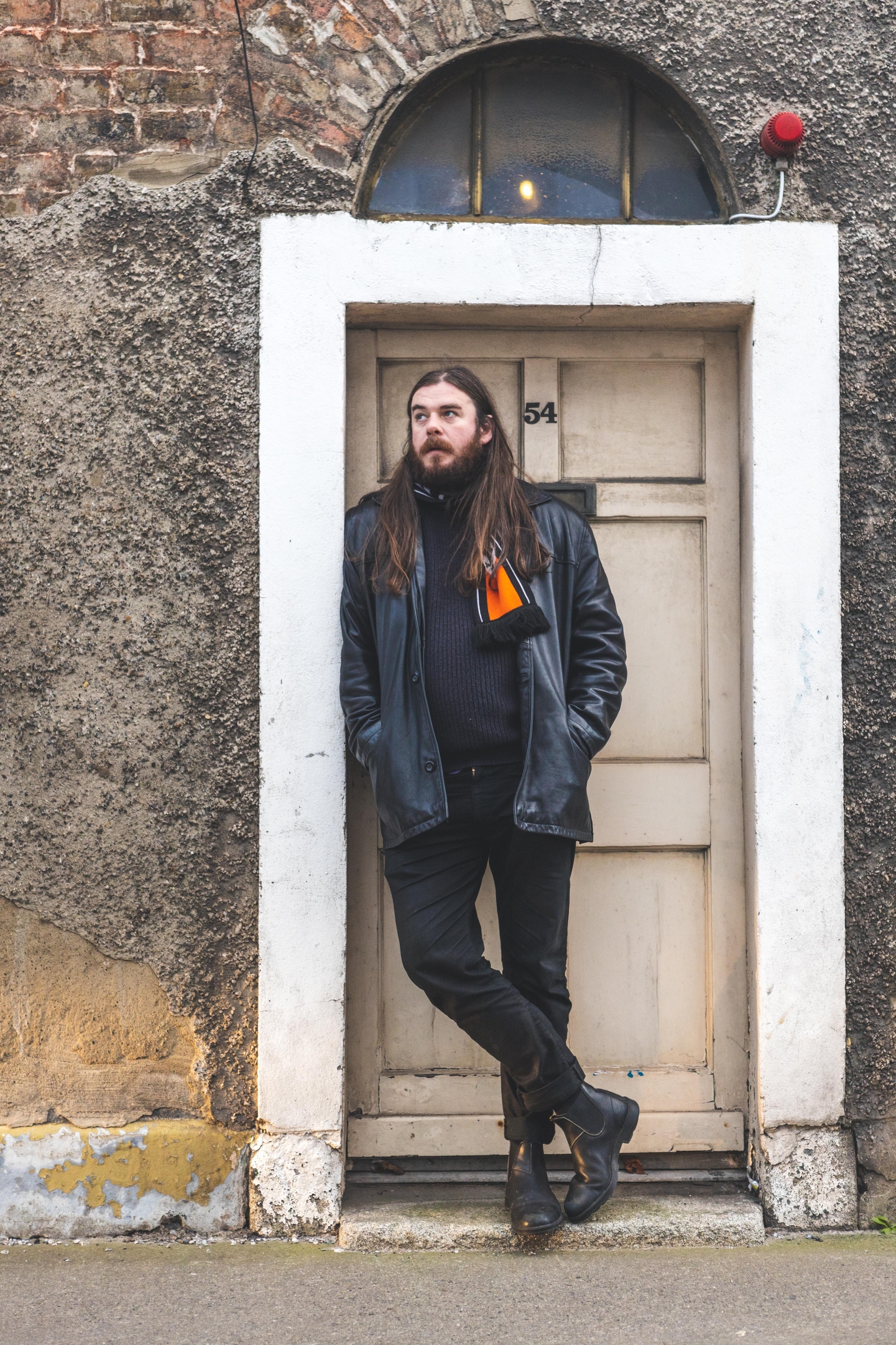 With a new Skipper’s Alley album, as well as a collaboration with singer and fiddle player Cathal Caulfield in the works, Flynn is sure to blow open some more doors of his own. Plans are also firmly afoot for the highly-anticipated follow-up to I Would Not Live Always (“A couple of tracks are close to being ready to record,” Flynn tells me). As we round up our hour-long conversation, patting ourselves on the back for not mentioning the pandemic, I’m once more struck by how Flynn’s perception of his music functions squarely in relation to the bigger picture – of tradition, one’s community and the honest, hard-working realities that define them.

“Folk music is preserved history,” says Flynn. “It’s telling a story of a class that had no power. They didn’t write the books. I think it was Frank Harte who said: ‘Those in power write the history, while those who suffer write the songs’. To keep singing those songs is to be very much in touch with that history of the working class and to be in solidarity with the present as well. I don’t want people to think what I’m doing is very important or anything like that. It’s not out on its own. It’s just one part of the same thing.” Brian Coney

I Would Not Live Always is out now via River Lea